Lawmakers work on deal to keep Raiders in Oakland

KGO
OAKLAND, Calif. -- The mayor of Oakland may have come up with a way to keep the Raiders in town. The council met Tuesday afternoon in a closed session.

For the last two years, Oakland has struggled to recruit a major investor for its 120 acre Coliseum City project. But for the first time, after a closed session meeting, Councilmember Larry Reed said he feels comfortable that the Raiders will have a new billion dollar stadium.

The exclusive negotiating agreement extends the talks for 90 crucial days, and names The Renaissance Companies for its major investor. The company's CEO Floyd Kephart said he believes it will get the Raiders and the Athletics onboard for a multi-use sports and retail facility along Oakland's shoreline.

The master developer would actually build and construct the Coliseum project. They are still looking for him now.

Reed says he's been working on this project for 18 years and he was one of the people who was pessimistic about this ever happening. But on Tuesday he said he finally believes it's going to happen.

Still a lot of work to be done, but the city now believes they have some real money behind the Coliseum City project.
Related topics:
sportsoaklandoakland coliseumjean quanmlbnfloakland athleticsretailpoliticsoakland raiderssports
Copyright © 2020 KGO-TV. All Rights Reserved.
RELATED 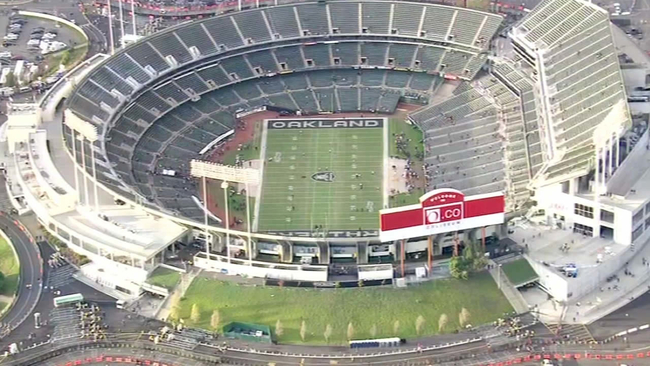