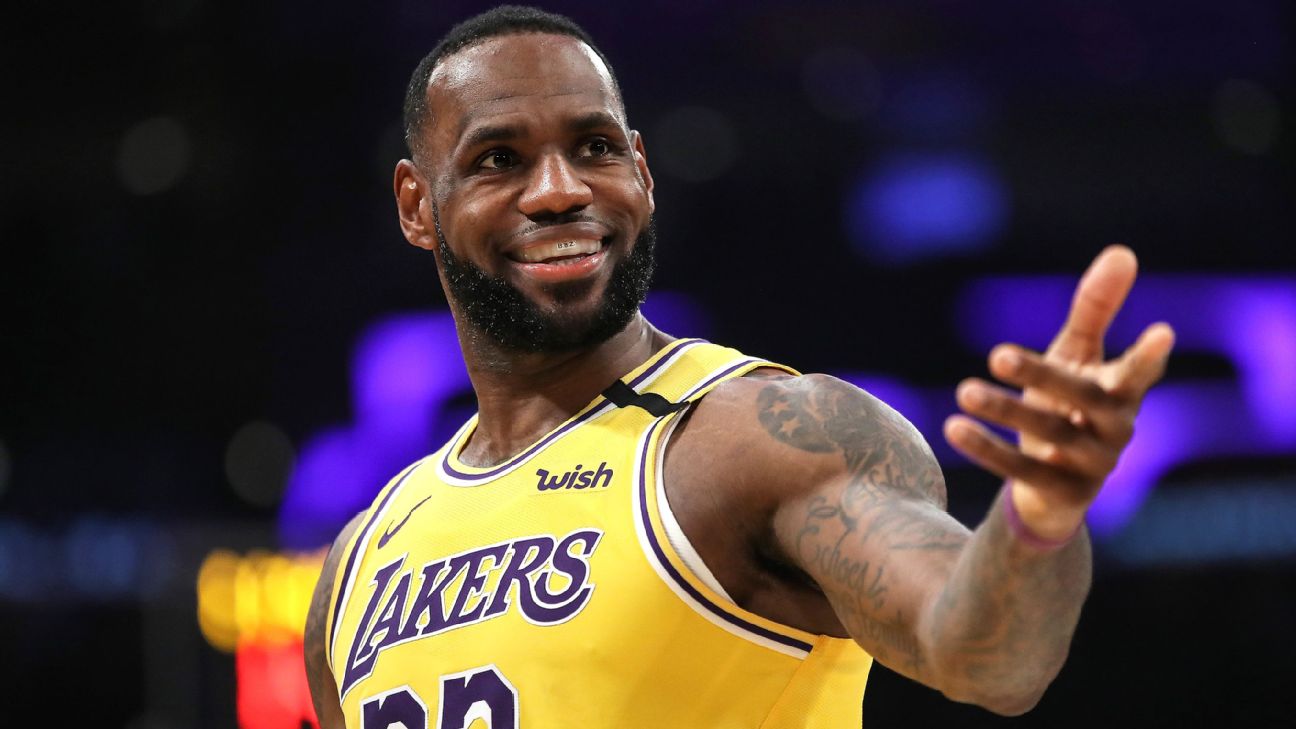 Antetokounmpo and James earned the honors after leading their respective conferences in fan votes and will be two of the 10 starters for the game, which will be held Feb. 16 in Chicago. They will next draft the rosters for the All-Star Game from the pool of players voted as starters and reserves in each conference.

James, who led all players in voting, was named to his 16th All-Star team, breaking a tie with Tim Duncan and Kevin Garnett for the third-most selections in NBA history. He trails only Kareem Abdul-Jabbar (19) and Kobe Bryant (18). Assuming he plays in next month's game, James will trail only Abdul-Jabbar (18) in All-Star Game appearances; Bryant missed three All-Star Games due to injury.

With Lakers coach Frank Vogel announced Thursday as the coach of Team LeBron and center Dwight Howard also participating in All-Star weekend festivities, James raved about how the Lakers and their fans should be excited.

"When you have something like this, the byproduct, we should all be proud of it," James said. "Laker faithful should be proud to have two All-Stars in the game, another guy in the dunk contest on Saturday and the coaching staff coaching the game on Sunday. So it's pretty, pretty, pretty cool."

After a close race, James stayed ahead of Doncic in the final round of fan voting to claim the West captaincy. James finished with 6,275,459 fan votes; Doncic had 6,111,735.

The two could partner up in Chicago if James takes Doncic with one of his captain selections.

"It would be amazing," said Doncic, who expressed doubt that he'd be selected with the first pick. "Everybody knows what LeBron means to me. It would be special for me."

The Mavericks star said he grew up watching the All-Star Game in his native Slovenia.

There was little drama in the West, with the five selections all far outpacing the rest of the field in the fan vote (50% of the final tally) as well as the player and media votes (25% each). In all three, James finished ahead of Davis and Leonard among forwards, while Doncic and Harden were first and second, respectively, among guards.

The East selections, however, were a different story. Antetokounmpo and Embiid took two of the starting spots in the frontcourt, as expected, and Walker was the clear choice for the first starting spot in the East's backcourt in his first season in Boston.

The two most hotly debated spots on the ballot were the final frontcourt spot in the East -- which was a two-man race between Siakam and Jimmy Butler -- and the other starting guard spot next to Walker, with a fleet of candidates -- from Young to Kyrie Irving to Ben Simmons to Kyle Lowry to Bradley Beal -- each having his own argument.

In the end, though, it was Siakam who wound up edging out Butler, while Young won the fight to start in the backcourt.

Vogel was announced as Team LeBron's coach after the Lakers clinched the best record in the Western Conference by the Feb. 2 cutoff with a win in Brooklyn on Thursday night. The Lakers are 36-9, second-best in the NBA behind only Milwaukee.

Bucks coach Mike Budenholzer is ineligible to coach the All-Star Game because he did the job last year. The coach of Team Giannis will be the coach of the team with the Eastern Conference's best record -- not including Milwaukee -- through games played on Feb. 2.

Thursday was just the first of three consecutive weeks of All-Star announcements. Next Thursday, the league will announce the seven reserve selections from each conference, which are made by the league's head coaches (who are not allowed to vote for their own players). Then, on Feb. 6, James and Antetokounmpo will draft their rosters for the game from the pool of 22 players, regardless of conference affiliation.

James said the thing he was most looking forward to on All-Star weekend in Chicago was "being there with my brother AD."

"Being with a local kid, from Chicago, I can only imagine having an All-Star Game in my backyard where I grew up," he said of Davis. "So I think this is going to be an unbelievable moment for AD and his family. So I'm looking forward to being there with him, seeing him being in his hometown and being part of the Lakers. I think that's pretty amazing."

Asked if it was a no-brainer for him to draft Davis, James joked, "Yeah, it is a brainer. I don't have to pick him. I don't even like him."

Information from ESPN's Kevin Pelton and Dave McMenamin and The Associated Press was used in this report. 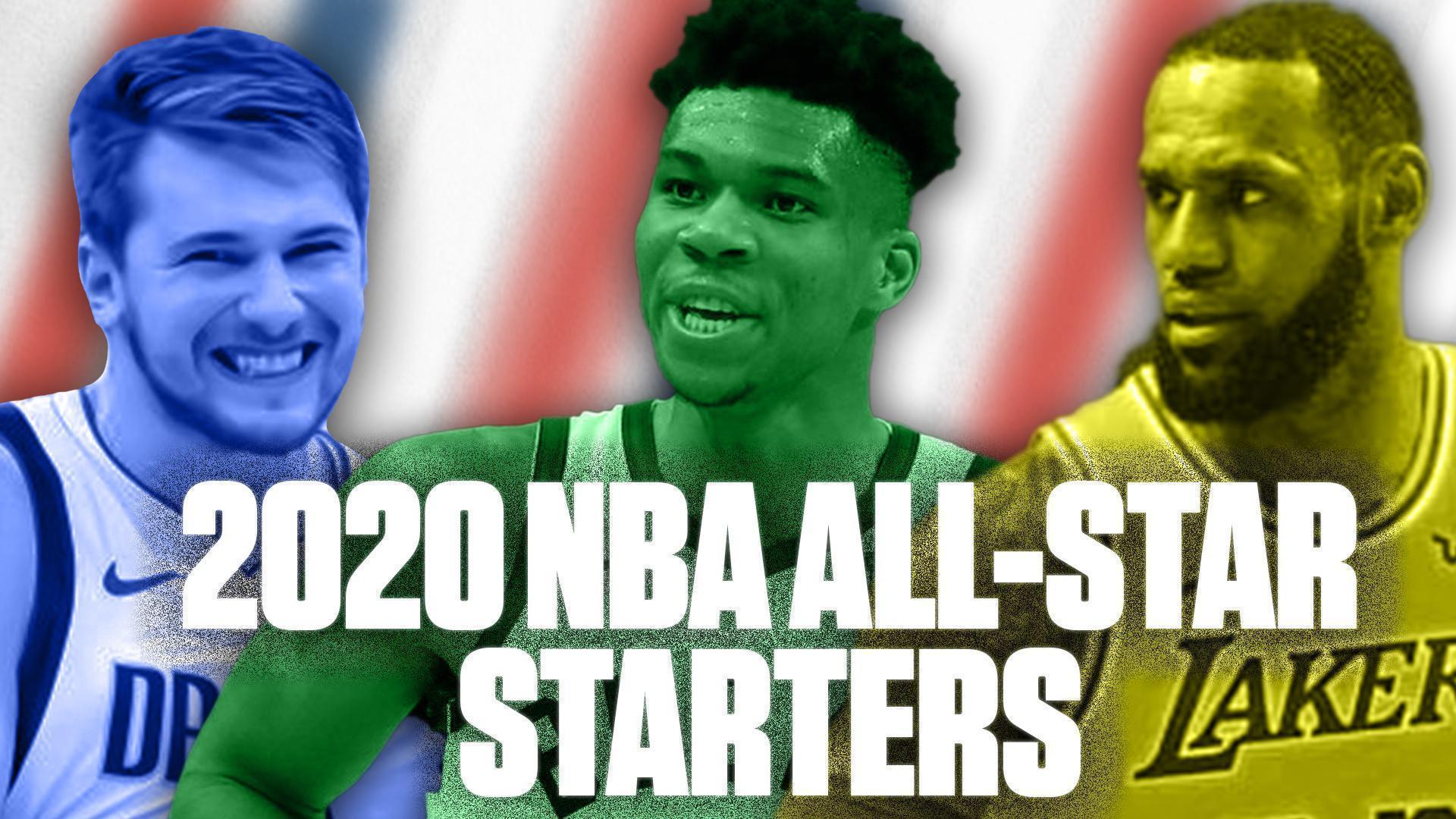 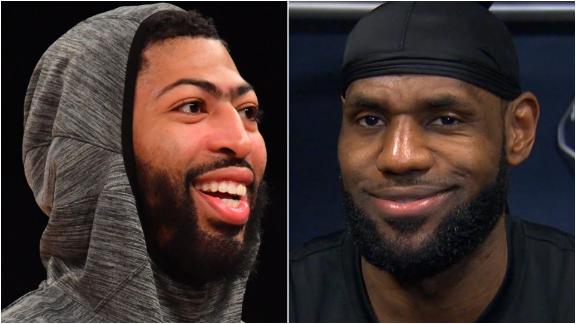