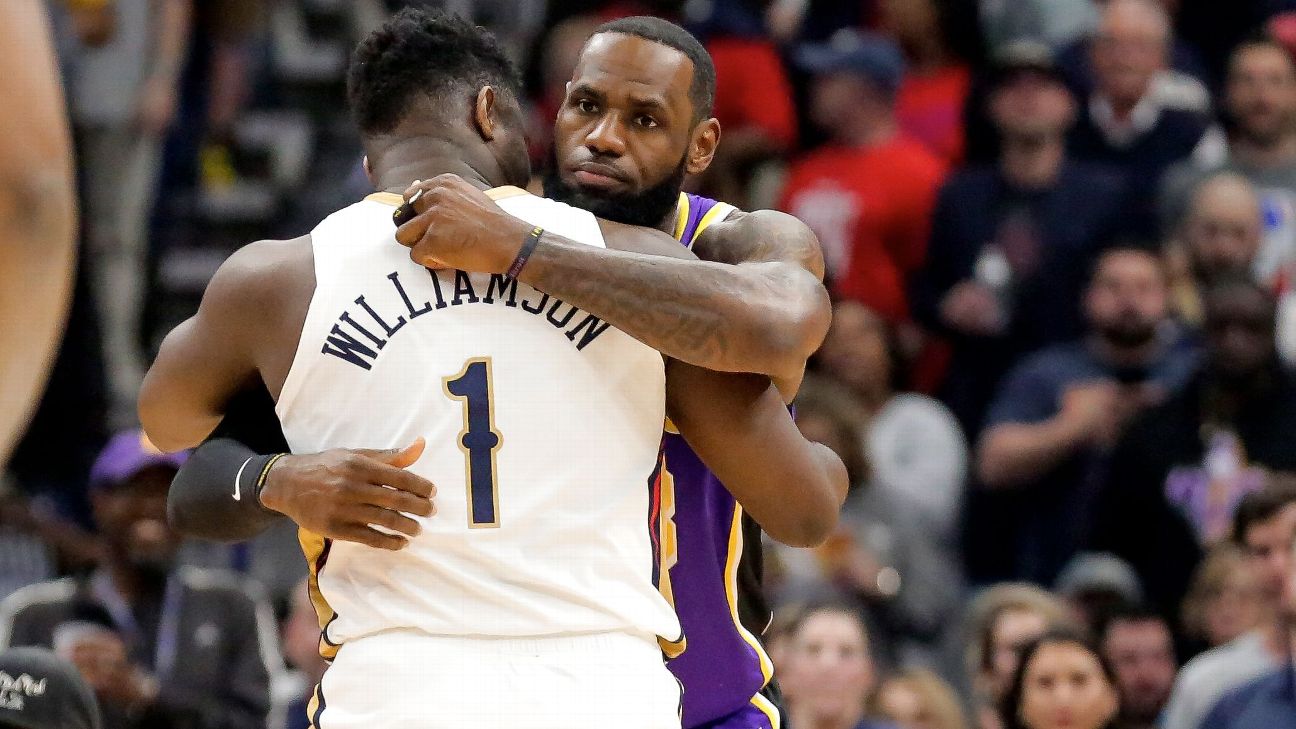 After it was all over, James and Williamson met for an embrace at half court, with the 35-year-old in his 17th season passing on some words of encouragement for the 19-year-old taking the NBA by storm in his rookie season.

After sharing his message with Williamson, James had another message for anyone who would choose to critique his decision to embrace an up-and-coming competitor that he could very well see again in the first round of the playoffs.

"Anybody that says that, 'LeBron, why would he do that while he's playing? It's a sign of weakness. ... He's buddy-buddy with the guys he's going against.' Tell them to kiss my ass," James said to wrap up his postgame locker room session. "All right? With a smile, too. Appreciate it."

James and Williamson gave fans tuning in plenty of moments to appreciate in an encore that managed to top what already was a strong debut matchup between the two stars earlier in the week, when James scored a season-high 40 points to get the best of a 29-point effort from Williamson at Staples Center.

The two went back and forth late in the first half, with James tossing in a 35-foot 3-pointer to tie the score at 61 with 33.4 seconds left in the second quarter immediately following a powerful dunk by Williamson that shook the rim and shook up the Smoothie King Center.

"Zion had a hell of a move right before that got the crowd into it," James said. "I looked up at the clock and seen that we had a great opportunity for a 2-for-1. And nine times out of 10, maybe 10 times out of 10, a lot of guys are not going to contest that shot because they think I'm shooting it from too far. So I knew I would have some space. I worked on it before the game and I was able to knock it down."

A 2-for-1 opportunity occurs at the end of a quarter with typically fewer than 40 seconds remaining when a team will look for a quick shot early in the shot clock, knowing that they'll get another possession before the quarter is up even if the other team uses all 24 seconds of their possession.

"He just has a knack for hitting those kind of shots," said Kyle Kuzma, who was L.A.'s second-leading scorer with 20 points as former Pelican Anthony Davis sat out because of tightness in his right knee. "Especially deep shots. Big bucket before the half."

Lakers coach Frank Vogel said James' shot felt as if it were from 40 feet out and should have counted as a 4-pointer.

"He's earned some freedom to take those types of shots from time to time," Vogel said. "We know he can hit them."

James has also earned his team's trust in late-game situations. He scored 13 of his 34 points in the fourth quarter, to go with three assists, as he picked apart New Orleans' schemes in a final frame that L.A. won 29-19.

He put the game on ice with a 3-pointer on the right wing with 2:27 remaining over Williamson that put the Lakers up by five, and marched down the court with his tongue out relishing the moment.

"I mean, he is who he is," Williamson said. "He's an incredible player. I give respect when it's due. He hit a big shot that helped them seal the game."

Pelicans coach Alvin Gentry went even further with his praise.

"I'm just amazed that they talk about anybody other than him for MVP," Gentry said. "That's what he does. Every team that he's been to, every team that he's gone have a chance to win the championship. To me, I'm not sure what the definition of MVP is, but he makes everyone on his team better, makes it difficult for everybody playing him."

Williamson became the first teenager in league history with two 25-plus-point efforts against the Lakers franchise, and James improved L.A.'s record to 19-0 this season when he scores 30-plus points.

"It definitely means something, 'cause he's been doing this for 17 years and his résumé speaks for itself. So for him to say that, holds something," Williamson said. "That's all I can say about that."

James, however, just as he did the night before after playing against Memphis Grizzlies' phenom Ja Morant, uncoiled compliment after compliment about Williamson.

"You have to actually be out on the floor to actually feel the strength and the speed that he plays at," James said. "It's a hell of a rookie class, I'll tell you that. These kids are special."

It's a practice that James does not plan to stop any time soon.

"It's my obligation and it's my job to continue to pass on the game to the guys that's coming in after me," James said. "That's just my responsibility. No one told me to do that. I just feel like it's my responsibility to leave the game in a better place than when I had it.

"And when you see the class of guys that's in our league right now -- like I've mentioned Ja last night, you mention Zion tonight, you see Trae Young, you see Luka Doncic, you see Jayson Tatum, Donovan Mitchell -- you see all these guys, these young guys. The league is in a very good place, and if I'm able to give my wisdom and game and pass it down, no matter while I'm playing or after I'm playing, I feel like it's my job. Because the game has just given me so much since I started playing when I was 8 years old. So it's my responsibility." 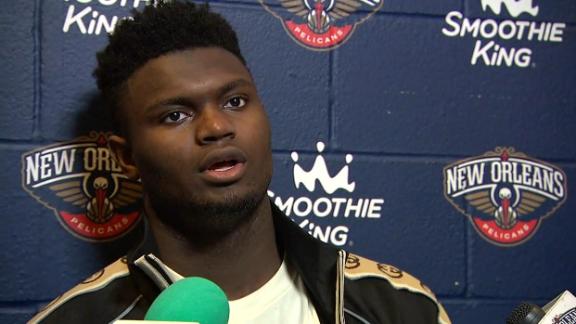 LeBron's praise means something to Zion
Zion Williamson shares how it feels to receive high praise from someone with a resume like LeBron James. 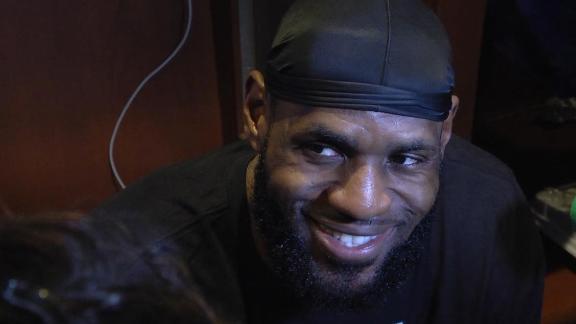 LeBron says 'kiss my ass' to critics who think he's 'buddy-buddy' with opponents
LeBron James feels it's his responsibility to mentor young players in the league and says that if anyone has a problem with that, "tell them to kiss my ass... with a smile too." 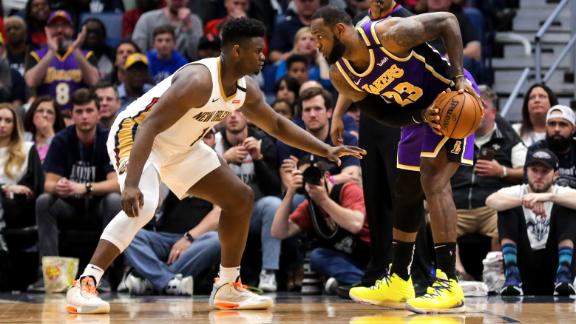