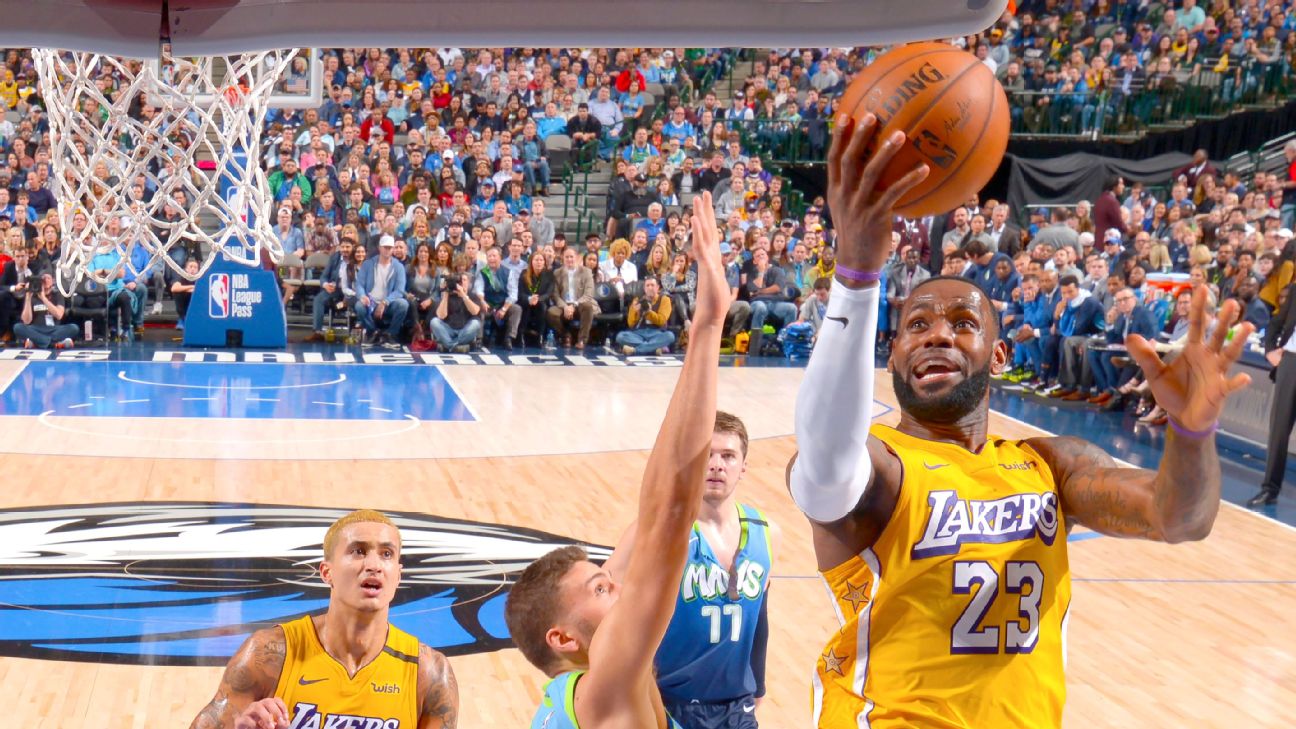 James passed Jordan for fourth place on the all-time field goals made list en route to a 35-point, 16-rebound, 7-assist night in the Los Angeles Lakers' 129-114 victory over the Dallas Mavericks.

"Any time you're in a marathon and you're able to have feats throughout that marathon, I think it's just pretty cool to be linked with the greats," James said, referring to the grind of the regular season, during his on-court interview with ESPN's Jorge Sedano after the game.

"You said the name Michael Jordan; it just means so much to me. Any time I'm linked with his name, with his greatness and what he was able to do with the game. Hopefully, I continue to make him and all the other greats proud. Any time I'm linked with them. Hopefully, I can continue to make my family and my fans proud, as well."

Last season, James passed Jordan for fourth place on the all-time scoring list, an accomplishment that was dampened by the disappointment of a lost season for the Lakers.

Things are different this campaign, of course, with Friday's victory extending the Lakers' win streak to seven and improving their overall record to 31-7, good enough for first place in the Western Conference.

After the game, a reporter asked how the feat would cause others to reflect on James' legacy in the future.

"I think my legacy will speak for [itself] when I'm done," he said. "I don't really talk about my legacy."

James also passed Artis Gilmore to move into 50th on the all-time rebounding list, upping his career total to 9,176 boards.

James is out for Saturday's game at the Oklahoma City Thunder with an illness and flu-like symptoms. He will enter the next game he plays needing three assists to pass Isiah Thomas for No. 8 on that all-time list.

"He's just special. You know what I mean? There's not enough adjectives, really, to describe LeBron James," Lakers coach Frank Vogel said. "He's a guy that's going to be setting milestones or breaking records every few games, seemingly, probably, for the rest of his career. So it's pretty awesome." 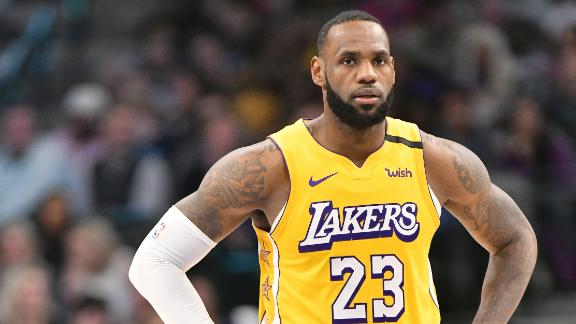 LeBron achieves a career first in Lakers' win
LeBron James records 35 points and 16 rebounds in the Lakers' win over the Mavericks -- the first game in James' career in which he had at least 35 points and at least 15 rebounds.
Report a correction or typo
Related topics:
sportsespnnewsnbalos angeles lakerslebron james
Copyright © 2020 ESPN Internet Ventures. All rights reserved.
More Videos
From CNN Newsource affiliates
TOP STORIES