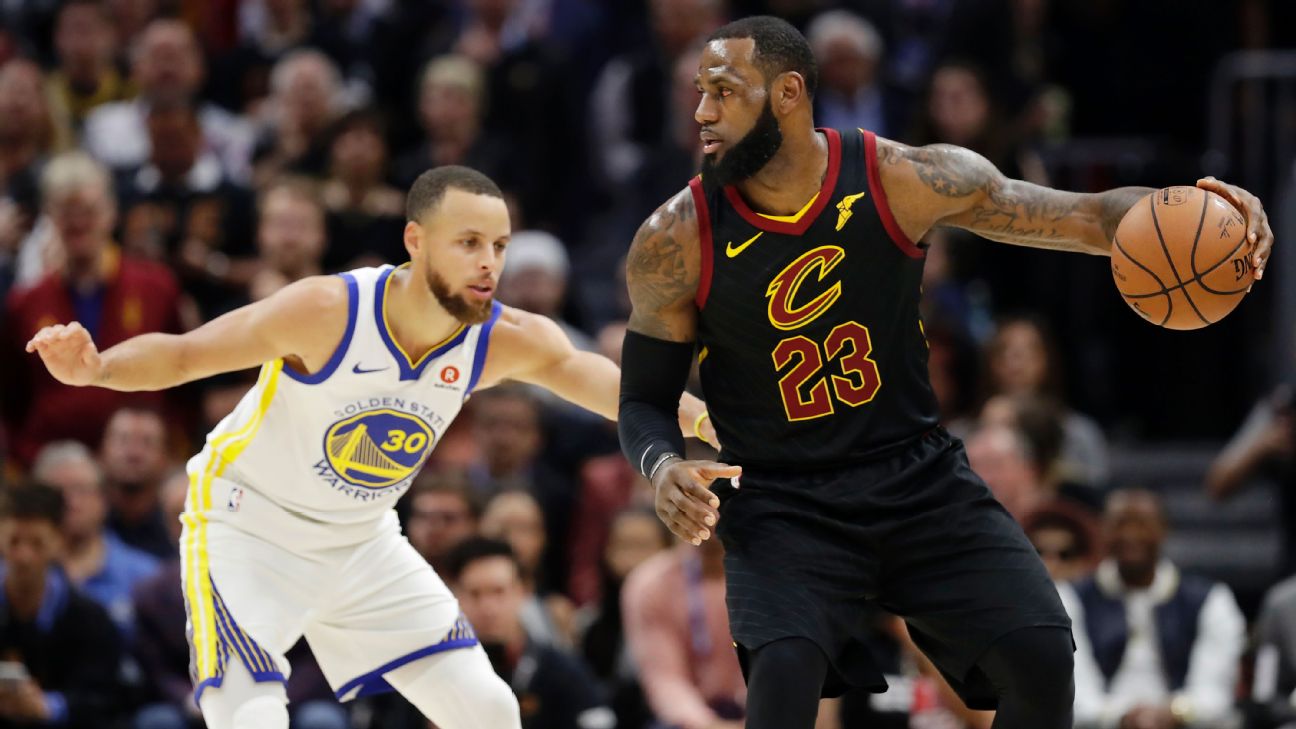 CLEVELAND -- LeBron James passed Michael Jordan for the most 30-point games in NBA playoff history by scoring 33 points in the Cleveland Cavaliers' 110-102 Game 3 Finals loss to the Golden State Warriors on Wednesday.

James set the mark by hitting a 3-pointer with 1:57 remaining in the fourth quarter to draw the Cavs within one point at 101-100.

It was the closest they would get for the rest of the night.

Last spring James passed Jordan for first place in all-time postseason points. Including Wednesday, James has 6,888 career playoff points. Jordan is No. 2 with 5,987. However, Jordan's 33.4 points per game playoff average eclipses James' 28.9 points per game mark in the postseason.

James has now registered at least 25 points, 8 rebounds and 8 assists in each of his last 10 Finals games. No other player in Finals history other than James has even done that in two consecutive games.

The 15-year veteran also passed Kareem Abdul-Jabbar for sole possession of the fourth-most playoff games played in NBA history. Abdul-Jabbar was on hand for Game 3 as a guest of Cavs owner Dan Gilbert to see James break the tie. James historic night was put in jeopardy in the second quarter when he turned his right ankle on a drive to the basket.

"I twisted it pretty good, but I'll be in the lineup on Friday," James said.

Wednesday was the 103rd consecutive game the 33-year-old James has played between the regular season and playoffs combined, without taking a game off because of rest or injury. His previous career high for games played in a regular season plus postseason was 100 in 2010-11 when he was 26.
Report a correction or typo
Related topics:
sportsespnorlando magicgolden state warriorscleveland cavaliersrecordmichael jordannbalebron james
Copyright © 2020 ESPN Internet Ventures. All rights reserved.
More Videos
From CNN Newsource affiliates
TOP STORIES