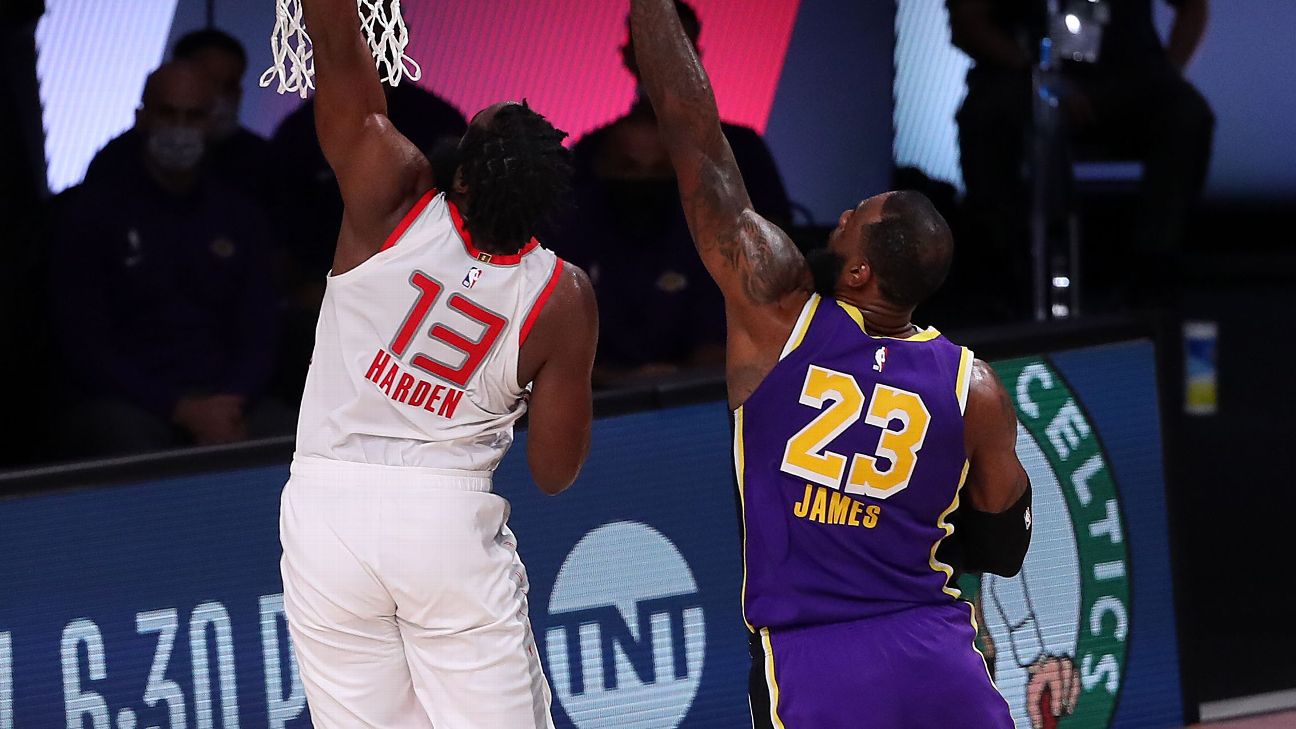 "I think it's the speed," James said. "They play with a lot of speed both offensively and defensively. And you can watch it on film and you can see it on film; until you get out there and get a feel for it [you cannot comprehend it]. That's what we did tonight. We got a feel for their speed, and we should be fully aware of that going into Game 2."


It was a similar refrain to what James and the Cleveland Cavaliers said several years ago when they trounced through the Eastern Conference playoffs relatively untested, only to be stunned by the speedsters on the Golden State Warriors when the NBA Finals started.

The Rockets' rapid movement made the biggest dent in the transition game Friday. Houston helped force 17 L.A. turnovers, resulting in 27 points on the other end. The Rockets are now 11-0 this season when they score 25 points or more off turnovers, according to research by ESPN Stats & Information.

"How do you adjust to a team's speed? You understand that it's not just about the legs moving; it's about the hands moving, as well," said James, who had 20 points but went scoreless in the fourth quarter. "They're great with their hands. You understand that if you have the turnover, you can't really react; you have to get back, quick twitch. Quick-twitch plays, because they're very, extremely fast."

James compared the Rockets' roster, headlined by former MVPs Russell Westbrook and James Harden, to the NFL's St. Louis Rams of the early 2000s, when Kurt Warner would sling the ball to Isaac Bruce, Torry Holt, Marshall Faulk and Az-Zahir Hakim, and they would race to the end zone.

"You adjust to that by playing against it," James said. "It was, 'OK, we need to play them again.' There's no way you can simulate that speed."


While it was only the opening game of the series, there now has been a pattern of the Rockets disrupting the Lakers' rhythm: Three of L.A.'s four games this season with their lowest percentage of passes completed, including during the regular season, have come against Houston, according to Second Spectrum data.

"They're a good defensive team, especially since they've been here in the bubble. All their guys are like-sized, and they're able to switch everything, kind of how Golden State does. Switch everything and then just cover each other," said Anthony Davis, who led the Lakers with 25 points and 14 rebounds. "Our passing has to be a lot better than it was tonight, but we make the right plays and we can make them pay."

The Rockets went on a 12-3 run against that group in the first 2 minutes, 57 seconds of the fourth to break the game open.

Which raised the question: Did L.A. fall into a trap by trying to beat Houston at its own game?

"I don't think we were falling into their hands," Davis said. "We were playing our style of basketball."

Just perhaps not as effectively as the Rockets were playing theirs. 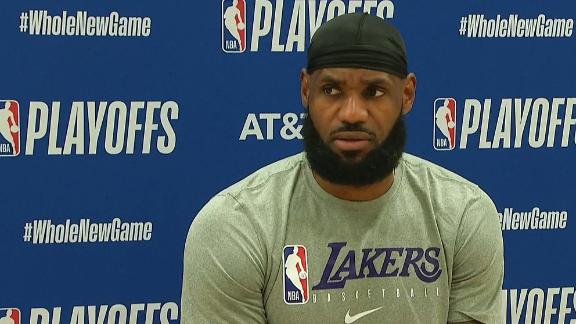 LeBron compares Rockets to 'The Greatest Show on Turf'
LeBron James says playing against the Rockets is like playing "The Greatest Show on Turf" because of the pure speed the Rockets create on the floor.
Report a correction or typo
Related topics:
sportsespnnewshouston rocketsnbalos angeles lakerslebron james
Copyright © 2021 ESPN Internet Ventures. All rights reserved.
More Videos
From CNN Newsource affiliates
TOP STORIES