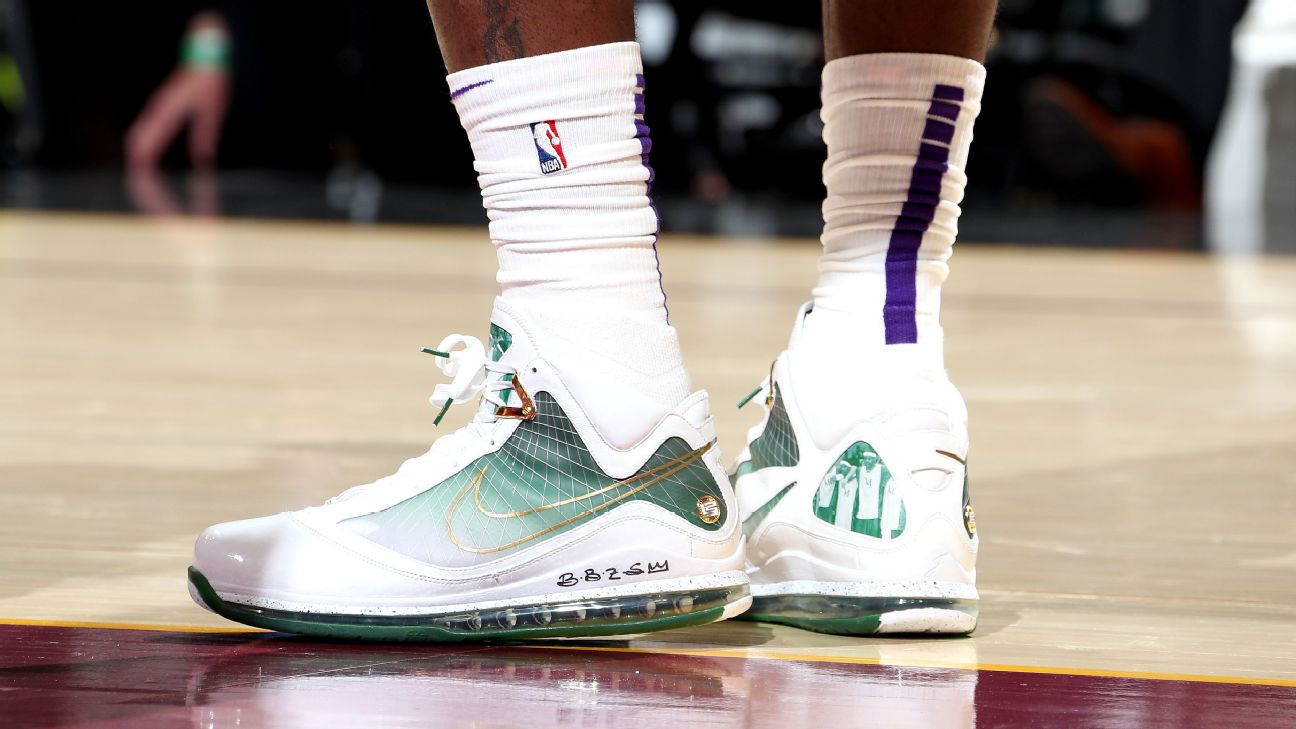 This season, LeBron James has been taking advantage of the NBA's relaxed sneaker rules to wear all sorts of exclusive colorways of his signature LeBron 16 sneaker. However, for his return to Cleveland on Wednesday night, James dug deep into the archives, wearing a pair of sneakers more connected with his home.

The Air Max LeBron 7 "More Than a Game" was released in 10 different colorways, for each city on the world tour where the documentary about James and his teammates at St. Vincent-St. Mary High School in Akron, Ohio, was screened. Each colorway featured a different image from the documentary.

The pair on James' feet for his first game in Cleveland since signing with the Los Angeles Lakers this summer appeared to be the Chicago colorway, though without the "CHICAGO" lettering that would normally appear on the heel. The "More Than a Game" theme was fitting, on a night the Cleveland Cavaliersshowed a video tribute that not only highlighted James' on-court accomplishments in a Cavaliers uniform but also shined a spotlight on his off-court work in the community -- work that continued even after his departure from the Cavs. In fact, James paid a visit to his "I Promise" school in Akron before Wednesday's game.

The LeBron 7s weren't the only pair of vintage sneakers on James' feet Wednesday night -- he was spotted in the LeBron 8s during pregame warm-ups.

Cavaliers display LeBron tribute in 1st quarter
The Cleveland Cavaliers organization display a thank you to LeBron James on the humongotron for his actions on and off the court.
Report a correction or typo
Related topics:
sportsespncleveland cavaliersnikeair max lebron 7nbalebron jamesmore than a gamelos angeles lakers
Copyright © 2020 ESPN Internet Ventures. All rights reserved.
More Videos
From CNN Newsource affiliates
TOP STORIES