KFSN
By Stephen Hicks
The Central Valley may know Carlos Vieira as the founder of energy drink 51FIFTY or his time behind the wheel, but until now, they may not have known how he got there.

At age 22, the Livingston native started using drugs. For 13 years he was relapsing.

"Being clean is not easy. You have to change the people that you hang out with and the things that you do," he says.

In 2007, he made the change of his life when he walked into a racing store in Modesto.

They asked me 'What kind of racing you want?' and I said 'Maybe something like NASCAR right?'

He bought a crew and ran his first race at Madera Speedway. Without experience it was slow going.

While the learning was slow, Vieira finally found his purpose and he's been clean since September of 2006. Since then he started programs like the race to be drug-free and the race for autism.

Through a partnership with the Merced County Sheriff's Activities League, the 'Gloves Not Drugs' boxing program works to keep kids out of gangs and away from drugs - not just off the streets but away from playing video games and being stuck on the couch watching TV.

This month he released a book detailing his fight to overcome addiction. All the revenue will go toward his foundation.

"I do have a story that most people would say I can't believe you would write that, I can't believe you would tell someone those crazy things that you did or those embarrassing things that you did but I believe that if people don't speak up and are afraid to talk, they're not going to be able to make that difference," he says.
Report a correction or typo
Related topics:
sportslivingstongood sports
Copyright © 2021 KFSN-TV. All Rights Reserved.
GOOD SPORTS 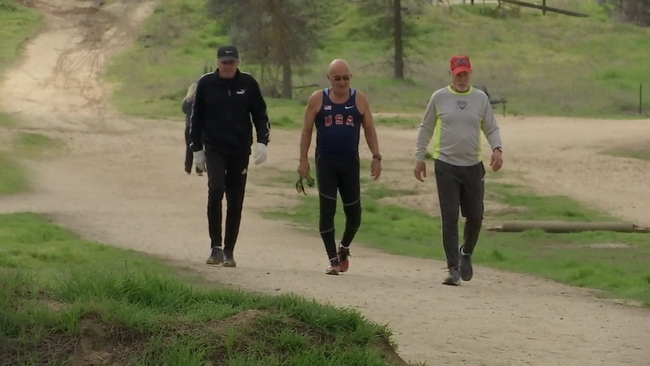