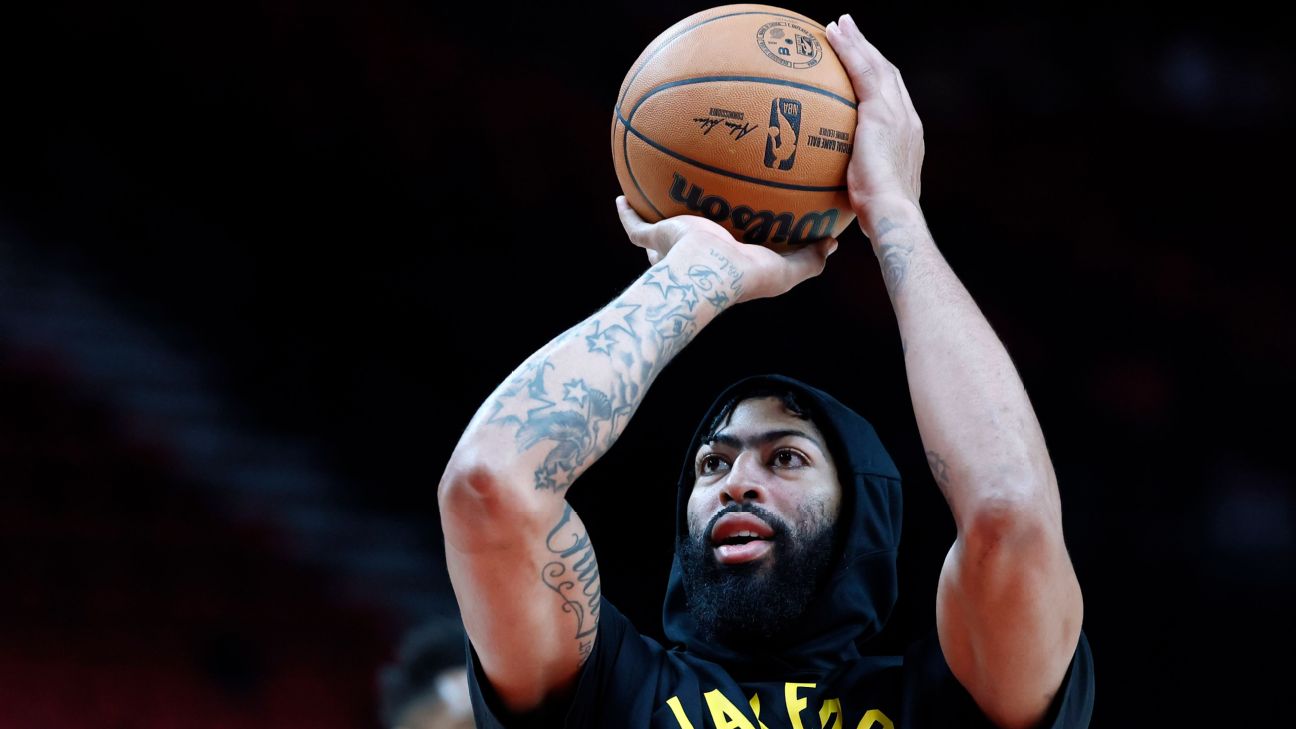 Davis exited the game with 4:51 remaining in the first quarter. He went straight to the locker room and did not return. The illness is not COVID-19 related, according to a team spokesperson.

"He was battling with the thumb, trying to figure out if that was going to inhibit him from playing, and then he woke up this afternoon with a bit of a stomach bug," Vogel said of Davis, who came into the game listed as questionable because of a sprained left thumb he suffered in Thursday's loss to theOklahoma City Thunder. "Came back in and said the thumb felt pretty good, probably good enough to play, then he went and threw up in the back. Still wanted to give it a go, but ... by the time tip-off came around, he had already thrown up four times. He just wanted to see if getting out on the floor would change it, but wasn't able to go."

L.A. ruled out Davis early in the second quarter. The Lakers were outscored by 11 points in the seven minutes he played, as Davis went 1-for-5 from the floor and had two points, three rebounds and a foul.


The Lakers trailed the Blazers 36-14 after the first quarter.

Before the game, Vogel credited Davis' mentality to play through discomfort this season after missing 36 out of 72 games in 2020-21 because of various injuries.