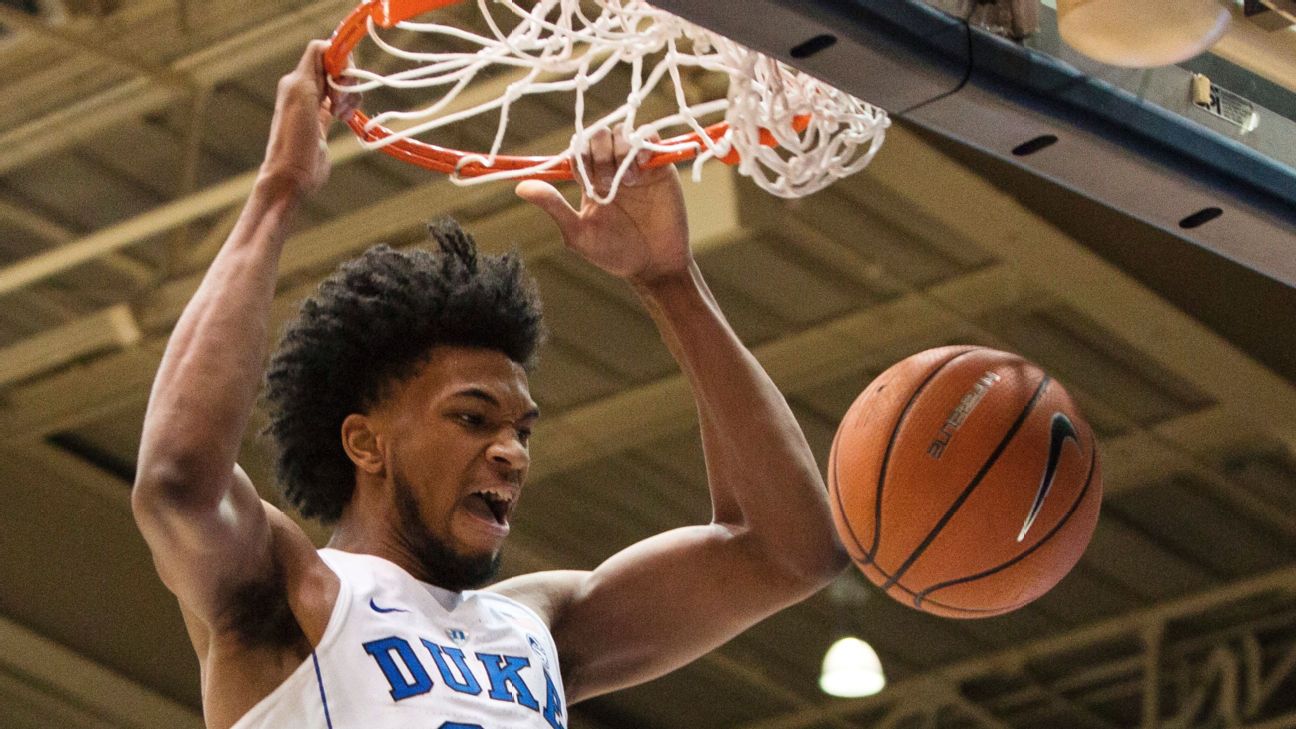 PHOENIX -- Marvin Bagley III has heard just about enough about how Deandre Ayton is the favorite to become the Phoenix Suns' choice as the No. 1 pick in this month's NBA draft.

Bagley thinks he, not Ayton, deserves to be at the top of the draft and got a chance to make his case in an individual workout with the Suns on Friday.

"I definitely believe I'm the No. 1 pick," Bagley said, "and if the Suns take me I'll definitely show them why."

Ayton took it a step further when he worked out for the Suns on Wednesday, saying "I know I'm going No. 1." He said that Phoenix would be his only pre-draft workout.

Bagley, on the other hand, said he will work out for the Sacramento Kings and Atlanta Hawks, the teams with the No. 2 and No. 3 picks, respectively.

"Deandre, he's going to do what he's going to do. That's his plan," Bagley said. "All I can do is control what I can control and do what I love to do and just show different teams what I'm capable of doing. I can't really worry about what other people are doing at this point. This is an important time in my life right now, something I've been working toward my whole basketball career."

Bagley hears all the speculation that Ayton will go No. 1 and said he uses it as motivation.

"It's disrespectful and I use it as drive every single day," he said. "At the end of the day, this is all talk right now. Eventually we'll have to go on the court and we'll have to play. That's where all the talking ends."

Asked if he would have a "lifelong" chip on his shoulder against the Suns if Phoenix didn't pick him, Bagley answered, "I'm a competitive person. You never want to come in last. You always put the work in to be great and to get to that next level. That's just the type of player that I am. So, to answer the question, yes."

Fans in Phoenix have known about Bagley for years. He grew up in suburban Chandler, leading his high school to the state championship as a ninth-grader. From there, Bagley shifted to other basketball-oriented schools. He and Ayton were even teammates for a season at Hillcrest Prep in Phoenix.

Bagley finished his prep career at Sierra Canyon in Chatsworth, California, before his one outstanding season at Duke.

He and Ayton are 19 years old and very big but with different games.

Ayton, 7-foot-1 and 260 pounds, is seen as strictly a center by the Suns. Bagley, 6-11 and 234 pounds, is a power forward who might someday play some at center in the NBA, Suns general manager Ryan McDonough said.

So their individual workouts were different.

The Suns plan more workouts with No. 1 candidates this weekend. McDonough didn't say who would work out when but he mentioned Mohamed Bamba of Texas and Jaren Jackson Jr. of Michigan State as players being considered for the top spot. Another is European sensation Luka Doncic, who is playing professionally in Spain.

"It seems like there are multiple guys who are worthy," McDonough said. "Some years, to be honest with you, probably don't have any guys who deserve it but somebody has to go one."

Bagley certainly has the credentials. He was the ACC player of the year, averaging 21 points and 11.1 rebounds per game.

He believes he is best in an up-and-down, open-court game.

"Being able to get the ball and go off of rebounds and pushing," Bagley said. "There's a lot more space now than there is in college. Just being able to play in open space and getting out and running. I think that's where my best is when we're running and everybody's not thinking and having fun."

He said he wants to show NBA teams "that I'm an overall player."

"I can do a lot inside and out, offensively and defensively," Bagley said. "I just want to be able to have that mindset of coming in and showing everybody a full game, a full package." 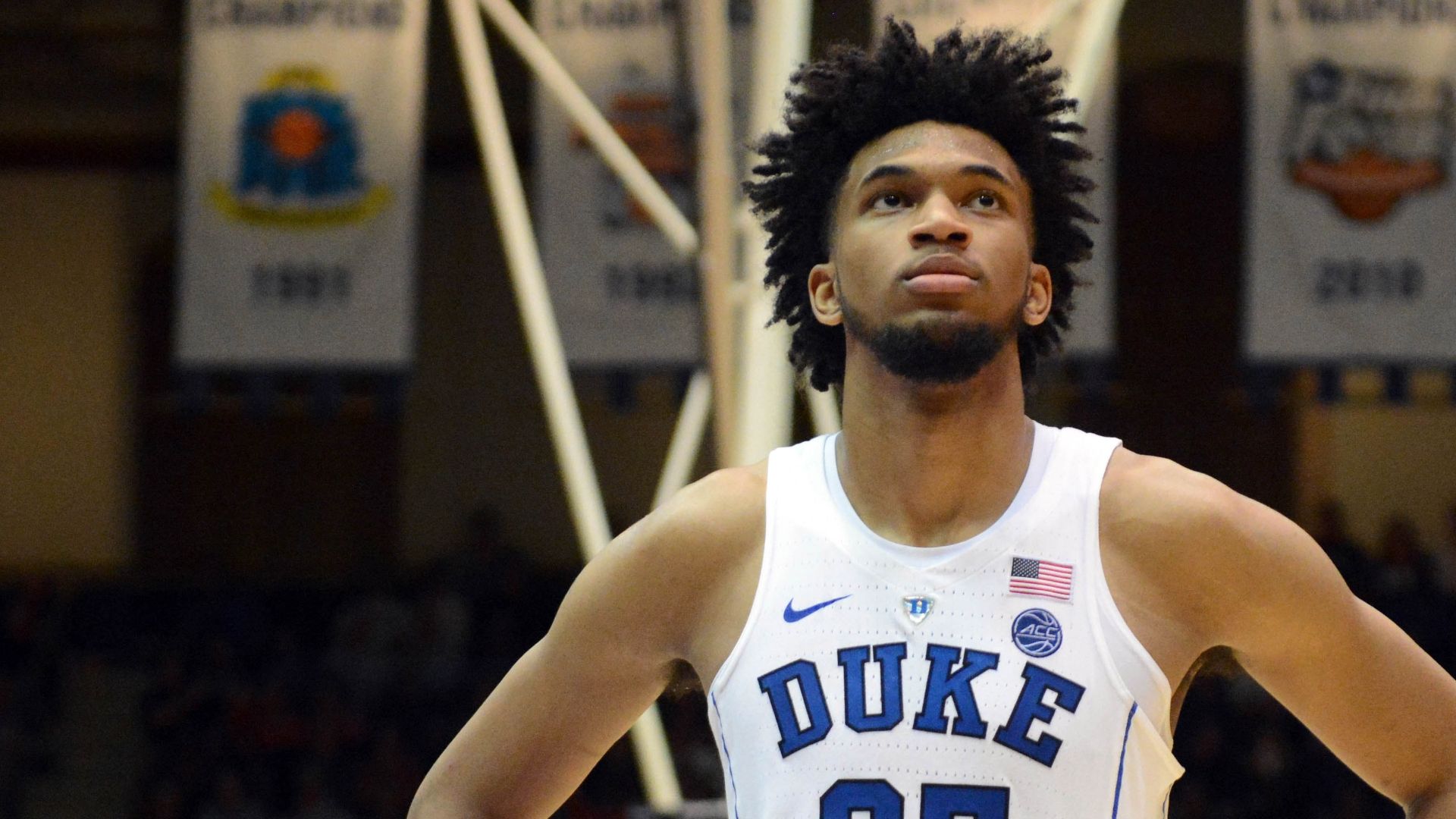