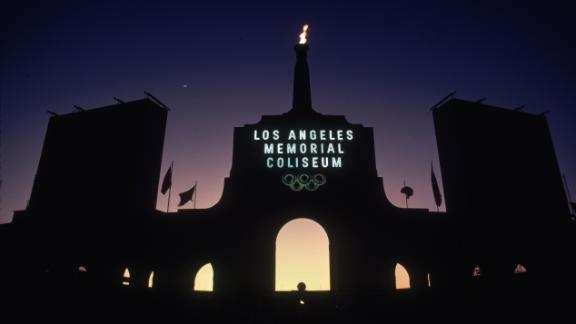 LOS ANGELES -- In the strongest terms yet about the prospect of luring professional football back to Los Angeles, Mayor Eric Garcetti says an NFL team is "highly likely" to come to the city in the next year.

On Thursday's "Ask the Mayor" segment on radio station KNX, Garcetti said that though the city doesn't want to subsidize a stadium, he thinks the NFL is "finally interested" in Los Angeles again.

According to multiple media reports, NFL team owners received an update on the LA situation from league executives at the league's annual fall meetings in Manhattan this week.

New York Giants co-owner Steve Tisch told the Los Angeles Times that there were references in the meetings to potential new locations, including a couple in the Carson area of south Los Angeles County.

Los Angeles hasn't had an NFL franchise since the Raiders and the Rams left after the 1994 season.

On Friday, the Los Angeles City Council's Economic Development Committee considers a six-month extension of an agreement with developer Anschutz Entertainment Group to find a NFL team to play at a downtown stadium. The 2-year-old deal is scheduled to expire next week.

Under the terms of the extension, AEG officials would have until April to find a team, according to a report released Thursday by the city policy analysts. If the company lands a team, it would likely receive an additional six months -- or until Oct. 16, 2015 -- to finish negotiating a three-party agreement involving AEG, the city and the NFL, the Times said.

Garcetti and Councilman Curren Price, who heads the committee, have said they support the extension.

The extension proposal is scheduled to go before the full council on Tuesday.