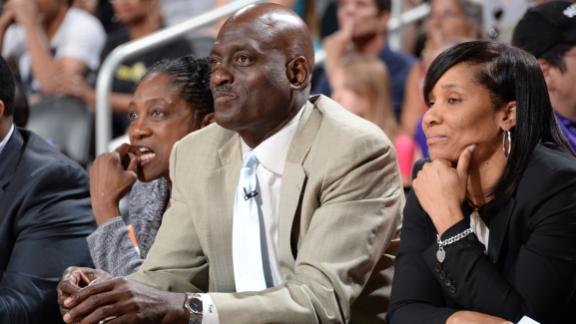 ATLANTA -- Atlanta Dream coach Michael Cooper has early-stage tongue cancer and has taken a leave from the WNBA team.

Cooper will have surgery this week at Winship Cancer Institute of Emory University in Atlanta, and a full recovery is expected, the Dream said Monday.

The 58-year-old coach is expected to miss about two weeks, with assistant coach Karleen Thompson filling in. Atlanta plays at Minnesota on Tuesday.

"I'm fortunate that my condition was diagnosed early, and this episode illustrates the importance of screening and early detection," Cooper said. "I know the team will be in good hands with Coach Thompson at the helm during my absence, and I look forward to returning to the court soon."

Cooper is in his first season with Atlanta. His team leads the Eastern Conference with a 15-6 record. He coached the East to a 125-124 overtime victory at the WNBA All-Star Game on Saturday.

After his second run with the Sparks, Cooper was hired as the women's coach at USC. He resigned in March after an 11-20 season, his first losing mark in four seasons.