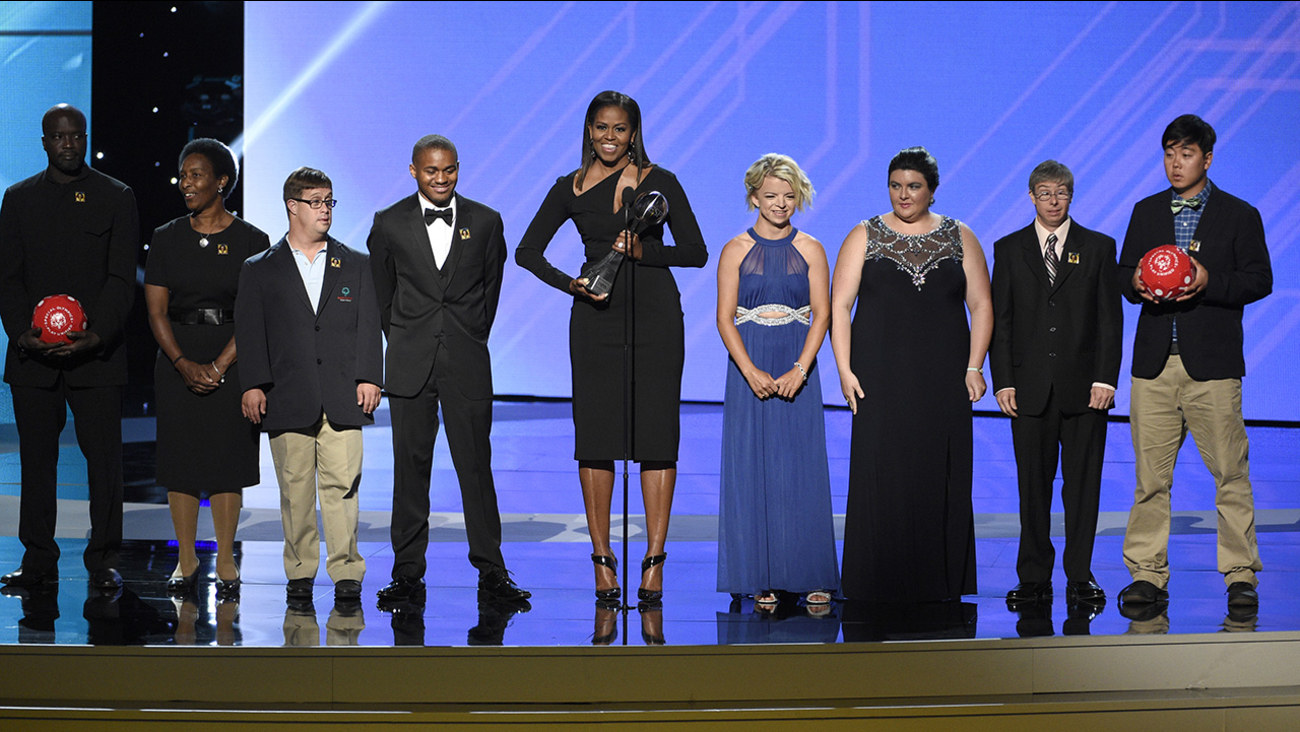 "Eunice Kennedy Shriver was a passionate champion for those with developmental challenges, empowering them to fulfill their highest potential," Obama said in a statement. "Her work to promote inclusion and acceptance transformed the lives of countless young athletes and inspired us all. I am incredibly honored to present this award to her son to celebrate her life's work."

Kennedy Shriver, who died in 2009, was the sister of John F. Kennedy, Robert F. Kennedy and Ted Kennedy. She founded the Special Olympics in 1968.

The courage award is given annually to someone who portrays exceptional courage and character, much like tennis legend Arthur Ashe did. Beyond the tennis court, Ashe was an avid human rights campaigner.