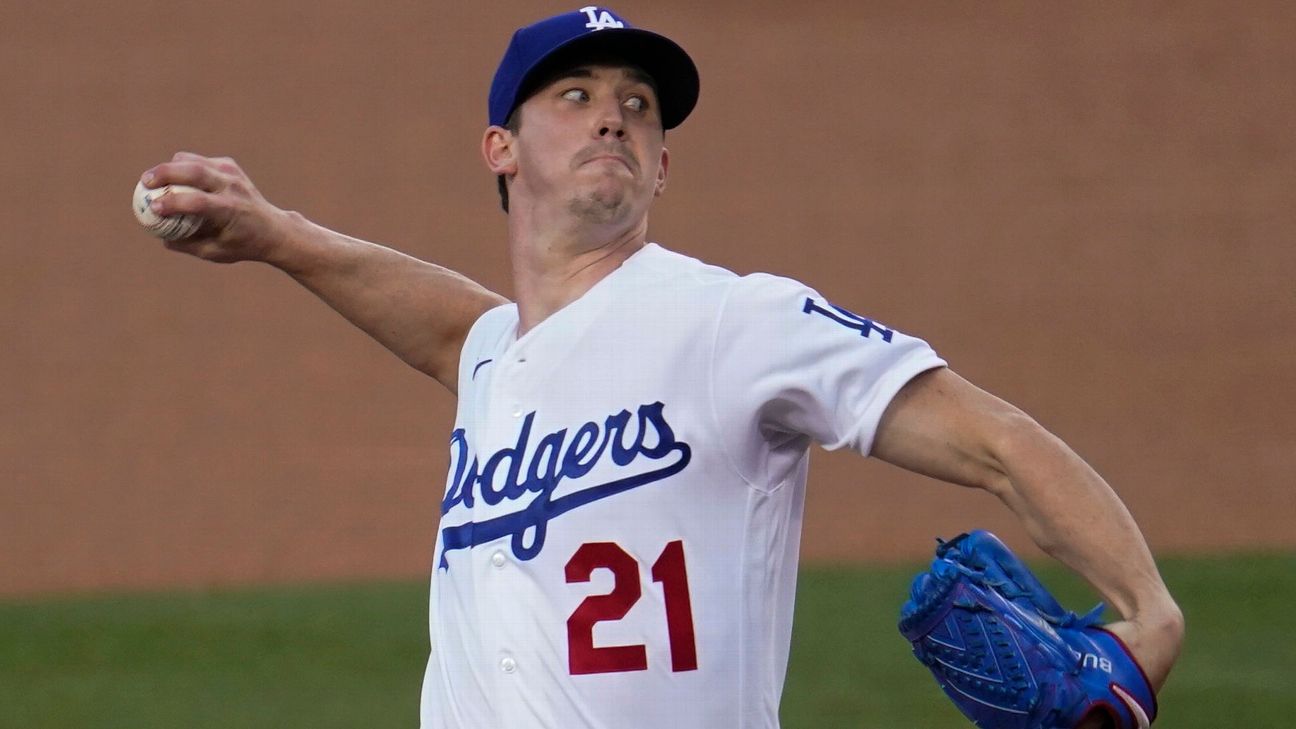 Monday brings us the first of what could be six consecutive days of League Championship Series doubleheaders, which would be an unprecedented run of playoff baseball at the highest stakes. Such are the 2020 MLB playoffs.

The action starts with Game 2 of the ALCS, with the Rays already looking to take a 2-0 series lead. The nightcap is Game 1 of the Braves-Dodgers NLCS, which pits two of the game's top offenses against each other.


Here's a breakdown of the games, some numbers to know, a hot take of the day and more as you prep for Monday's twin bill.

You might remember Lance McCullers Jr. and Charlie Morton from Game 7 of the 2017 World Series. McCullers started that game and pitched 2 scoreless innings and Morton pitched the final four innings and got credited with the win. McCullers returned this season after missing 2019 because of Tommy John surgery and went 3-3 with a 3.93 ERA but gave up three home runs in his start against the A's in the ALDS. He can be tough to hit if he's finding the groove with his slider-like sweeping curveball, but that pitch hasn't been quite as consistent as it was pre-surgery -- batters slugged .461 against it opposed to .354 in 2018.

Morton has a nice little run going in the postseason, with a 1.93 ERA over his past seven appearances, covering 32 innings. He has given up only one home run in that span as he has become a tough guy to take yard. Over the past two seasons, right-handers have hit only six home runs in 481 at-bats off him, so the righty-heavy Astros will have their work cut out. Don't look for him to go deep as he has gone more than five innings only once all season and was removed from his start against the Yankees after five innings and 86 pitches. -- David Schoenfield

Dave Roberts is going with Walker Buehler to lead off the third straight series and Buehler now has a 1.39 ERA over his past six postseason starts going dating to Game 7 of the 2018 NLCS. He racked up the strikeouts in his first two outings, with 16 in eight innings, but that eight innings is the key number: He went just four frames in both starts, in part because he has been battling a blister issues. In the start against the Padres in the NLDS, he walked four batters and threw an inefficient 95 pitches. In those games, Roberts used starters Julio Urias (three innings) and Dustin May (two innings) in relief, but depending on the plans for the rest of the series, we don't know how available those two will be, setting up some potentially interesting midgame choices for Roberts if Buehler doesn't go deep.


The Braves, meanwhile, have to feel very confident with Max Fried on the mound. They are 12-1 when he starts this year. Fried doesn't have the dominating raw stuff like Buehler, mixing in a 93 mph low-spin fastball with a high-spin curveball, with an occasional sinker and changeup. What he has done so well all season is limit hard contact, ranking in the 98th percentile in hard-hit rate (he has given up only three home runs in 67 innings all season). Brian Snitker has a deep bullpen with eight dependable relievers, so his midgame dilemma is more about when to pull Fried if he's going well -- knowing he might need the relievers to pitch a lot of innings with the rest of the rotation. --Schoenfield

Much of the pre-series talk has rightly centered on the Dodgers' closer situation, but in this matchup of high-powered offenses (just the fifth postseason series ever between teams that ranked first and second in the majors in both runs and home runs) the key player might very well be Dodgers outfielder Cody Bellinger.

The 2019 MVP has not been a clutch postseason performer with a career line of .195/.253/.357 in 41 games. Bellinger's October struggles have hurt as much as Jansen's blown saves. He did homer against the Padres and is hitting .316 in five postseason games so far. To outscore the Braves, the Dodgers need Bellinger to produce. -- Schoenfield

With their ALCS Game 1 victory, the Rays improved to 16-5 in one-run games this season. As Bradford Doolittle noted last night, that's good for a .762 winning percentage (including postseason games), and according to ESPN Stats & Information research, that's the best one-run winning percentage ever by any team over a season.

The Rays' bend-don't-break pitching delivered another tight win after Blake Snell pitched through some jams to hold Houston to just a single run in five innings, and the bullpen emulated that effort by escaping a bases-loaded jam of its own in the eighth (more on that below). Add in another home run by postseason hero Randy Arozarena and an improbable go-ahead single by Mike Zunino -- with a career batting average of exactly .200, watch out Mario Mendoza -- and the Rays eked out a 2-1 victory.

Bases loaded, one out, one-run lead in the eighth? Paging Diego Castillo, who needed only one pitch to save the day ...

The stage was set for another Fernando Tatis Jr. moment, but Cody Bellinger snatched it away. Bellinger's home run robbery, plucking what would have been a go-ahead shot by Tatis in the seventh inning of Game 2 of the NLDS, kept the Padres at bay -- barely -- and will take its place in Dodgers lore, particularly if L.A. wins it all.

The Astros' offensive juggernaut has been in high gear, and the leader of the pack is Carlos Correa, who hit a go-ahead three-run homer in the division series clincher against the A's. Through six games, the numbers are staggering: 10-for-20, four home runs, 12 RBIs, a 1.715 OPS. Correa's 12 RBIs are tied for the second-most ever in a team's first six postseason games, and his 11 RBIs against Oakland are tied for the most by a shortstop in any series in postseason history (matching Boston's Nomar Garciaparra, 1998 LDS vs. Cleveland). 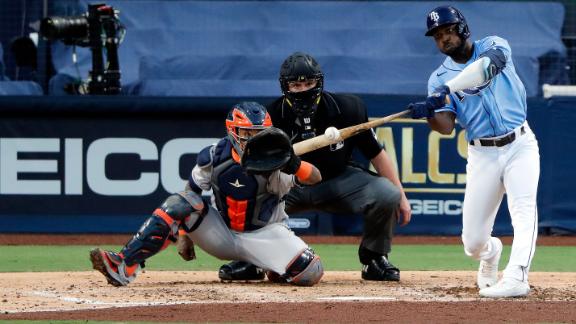 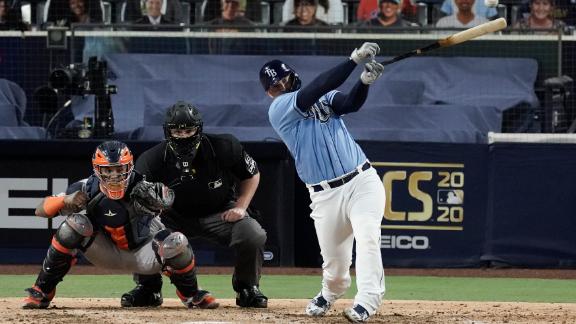