NBA playoffs: After crushing the Nuggets in Game 1, Kawhi Leonard is the reason to believe in the Clippers 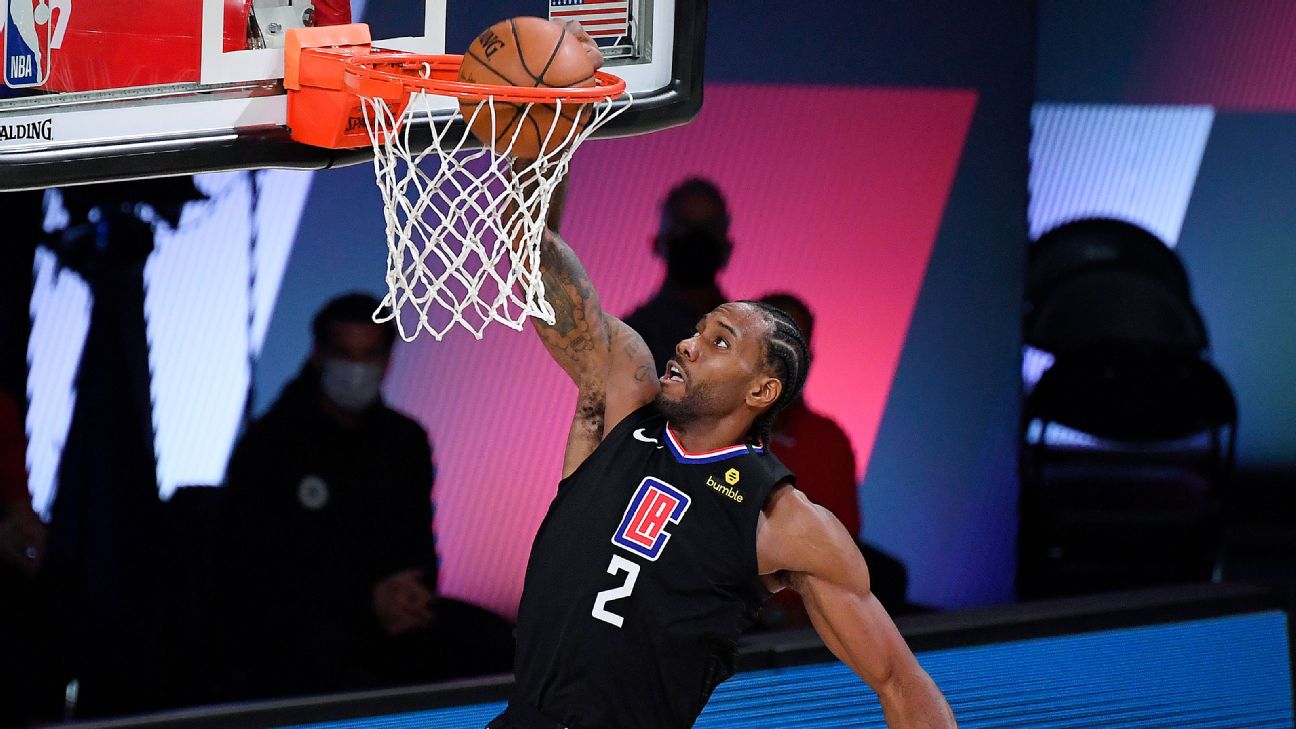 It's difficult to doubt the LA Clippers' personnel and potential. Yet coming into this Western Conference semifinals series against the Denver Nuggets, we hadn't seen the fully intact, healthy Clippers play championship-quality basketball for a sustained stretch of time longer than 10 days after the All-Star break and before the March suspension.

Of course, this doesn't mean the Clippers can't win a title -- the talent is undoubtedly there -- but there tends to be more empirical evidence of dominance before a team is anointed as an elite championship contender.


If Game 4 of the first-round series against the Dallas Mavericks marked the beginning of the Clippers' case for title favorites, then their 120-97 Game 1 bludgeoning of the Nuggets continues that drive. A team that was advertised during the preseason as a two-way monster that could dominate on both ends of the floor posted a true shooting percentage of 65.6 while holding the normally high-octane Nuggets to 51.1.

A quick scan of the Clippers' roster is eye-popping. They have defensive stoppers all over the floor and a pair of two-way superstars, Kawhi Leonard and Paul George, who can draw blood from a stone in the half court. When fully healthy, this is a team that counts Patrick Patterson and Rodney McGruder as its 11th and 12th players on the roster.

Yet during the regular season, the Clippers utilized the third-most starting lineups in the NBA. George started the season inactive while recovering from shoulder surgery. Throw in Leonard's careful load management program and some midseason acquisitions, and the Clippers were never quite whole.

Banking on a team with such a thin record of success might be irrational exuberance. But seven games into the Clippers' playoff run, Leonard has demonstrated that he is reason enough to have blind faith in the team.

After the Clippers closed out the Mavericks, George called Leonard "a man of business." This joins "the board man" and "the claw" as handles for a guy who, per usual, deflected any opportunity to talk about his game following the win. Teammates, however, obliged.

"One thing about [Kawhi] is, you know he's going to be prepared,"Marcus Morris Sr. said. "The way he approaches the game ... he's a great player. He's right up there. He's a good guy to have on your team, especially around this time. He locks in, and you know what you're going to get from him."

In Game 1, the two-time Finals MVP controlled possession after possession. He finished the night with 29 points on 12-for-16 shooting from the field. Although the Nuggets struggled defensively in their first-round series against the Utah Jazz, they deploy a couple of strong individual defenders in Jerami Grant and Gary Harris.


But Leonard has a way of rendering formidable opponents ineffectual; neither of them was a match for him. He blew by, outmuscled and froze Nuggets defenders at will.

Leonard assembled one of the most impressive postseason runs in NBA history with the Toronto Raptors last season, and there's little reason to believe that he won't replicate that production. Through seven games, he's averaging 32.3 points and 8.7 rebounds, with a gaudy 65.7 true shooting percentage.

He isn't alone. During the Dallas series, nine of the Clippers' 10 rotation players ran up true shooting marks of greater than 58%, with George the only exception. Georgeappeared frustrated during the first round, and he revealed that the isolation of the bubble presented a mental health challenge for him.

George wasn't a lethal scorer Thursday, but he was a strong contributor on both ends of the floor. Before halftime, there was George wrestlingNikola Jokicin the post, denying him the entry pass. After halftime, he put Jokic on roller skates with a step-back 3-pointer. Along with Leonard andMorris, George helped contain the flammable Jamal Murray, who was coming off a historic series. Given the unit around him, George doesn't have to be superhuman to win with the Clippers. He just needs to be himself.

The NBA's salary-cap structure forces most superteams to scrimp on supporting cast. That isn't the case for the Clippers, who craftily managed to compile a roster full of complementary parts, each bringing their own brand of production. Among the embarrassment of riches was Morris, lifted from the New York Knicks in a midseason trade.

Morris provided stretch and physicality in Game 1, knocking down four of his five 3-point attempts and working with Leonard and George on the perimeter to contain Denver's perimeter attack. He and Patrick Beverley are, in coach Doc Rivers' language, the Clippers' instigators.


Beverley was at the Clippers' disposal for the first time since Game 1 of the Dallas series. Although he played only 12 minutes because of a minutes restriction, it was a vintage (if abbreviated) exhibition of all things Beverley: ball pressure at the top of the floor and a pair of early corner 3-pointers as a spacer off the ball.

Finally, Montrezl Harrell looked like his old self in the second unit. He has been playing his way back into shape aftertaking time away from the teambecause of a death in the family.

"It's great to have everybody together," George said. "We've been saying it all year. It's good for us to continue to build this chemistry."

Becoming whole has been a gradual process for the Clippers, but with Beverley's return, they are again, for the first time in ages, at 100% availability. For a few minutes in Game 1, with Beverley hounding the ball, Leonard finding his spots, Morris raining down bombs, Harrell wreaking havoc and George being himself, the sketch started to come into focus. 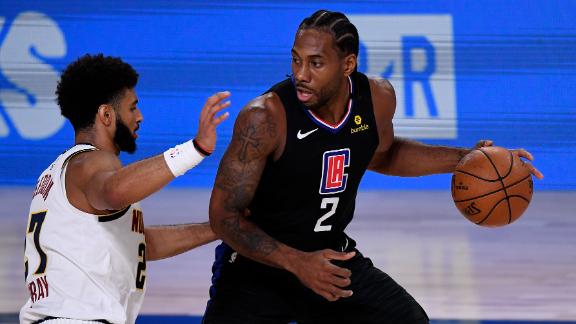 Kawhi's 29 points overpower Nuggets in Game 1 win
Kawhi Leonard drops 29 points on 12-of-16 shooting to lead the Clippers to a 120-97 win over the Nuggets. 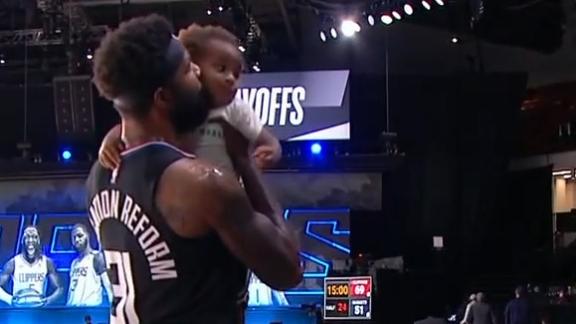