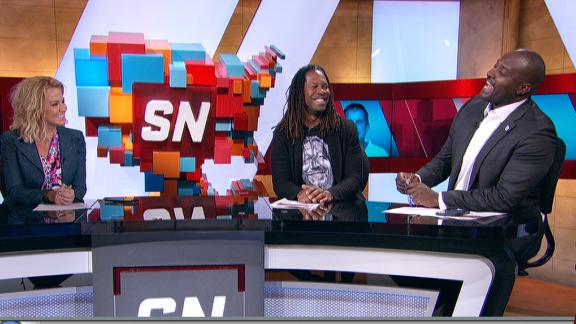 For the seventh season in a row, ESPN.com is ranking the top players in the NBA. Who will be the best player next season?

To get the final ranking, we asked our expert panel to vote on pairs of players.

We asked, "Which player will be better in 2017-18?" To decide, voters had to consider both the quality and the quantity of each player's contributions to his team's ability to win games.

We'll continue our countdown of the top 100 players over the next three days. If you want to get involved in the discussion or just follow along, use the Twitter hashtag#NBArank. You also can follow along @ESPNNBA and on Facebook.

Stats & Info:In the NBA's annual rookie survey, Dennis Smith Jr. was selected by his peers as most likely to win rookie of the year honors. The Mavericks may have struck gold with the No. 9 overall pick as the two most similar prospects over the past 15 years, according to ESPN Analytics draft model, are John Wall and Derrick Rose.

Stats & Info:Caldwell-Pope will likely be the new starting shooting guard for the Lakers, who finished last in defensive efficiency in 2016-17. Last season in Detroit, the Pistons' defense allowed nearly seven more points per 100 possessions when Pope was on the floor than when he was off.

Stats & Info:Teague gives Minnesota a different look at the point guard spot. Although he's not the deft passer or crafty defender that Ricky Rubio was, Teague is a superior floor-spacer, which is even more crucial given that Jimmy Butler figures to assume a large portion of the playmaking. Minnesota's starting point guards (Rubio and the also-departed Kris Dunn) combined to shoot just 31 percent from beyond the arc last season, which ranked 29th ahead of only the New York Knicks.

Stats & Info:Thompson is the only qualified player to average at least three offensive rebounds per game over each of the past six seasons and is vital to Cleveland's ability to generate second chances. With Thompson off the floor, the Cavs averaged just 9.2 second-chance points per 48 minutes, which would have ranked dead last in the NBA. With him on the court, that number rose to 12.9, which would have been good for 16th leaguewide.

Stats & Info:After appearing in just 50 percent of Charlotte's games over the previous three seasons, Kidd-Gilchrist was finally able to stay healthy in 2016-17 as he played in a team-high 81 games. An elite wing defender, Kidd-Gilchrist was one of just seven non-bigs to rank inside the top 30 in Defensive Real Plus-Minus last season.

Stats & Info:Capela made tremendous strides on the offensive end in his third season, developing into one of the NBA's elite rim runners and ranking third in field goal percentage. Capela was on the receiving end of 103 alley-oops last season, which ranked second in the NBA behind only LA Clippers center DeAndre Jordan. With Jordan's former lob partner Chris Paul now throwing them in Houston alongside James Harden, expect Capela to lead the league in alley-oop finishes in 2017-18.

Stats & Info:Although the addition of Ibaka didn't result in Toronto's ascension to the top of the Eastern Conference last season, as was the hope when they traded for the shot-blocking floor stretcher, the Raptors did have success when playing him at the 5. In the 231 minutes Ibaka played center during the regular season, the Raptors outscored teams by 14.1 points per 100 possessions, perhaps a sign of things to come with Ibaka now inked for three more seasons.

Stats & Info:Gordon is the Magic's highest-ranked player and looking to make a big leap entering his fourth season. He looked far more comfortable after moving to power forward following the Ibaka trade, posting a PER of 18.4 in 25 starts at the 4 compared to 12.3 in all other games.

Stats & Info:Last season, the Spurs outscored teams by 11.9 points per 100 possessions with Mills on the floor without Tony Parker, compared to 5.2 points per 100 possessions with Parker on the floor without Mills. With Mills ranking well ahead of Parker in our rankings -- Parker failed to crack the top 100 -- it's perhaps more clear than ever that it's time for Mills to take over the primary point guard duties in San Antonio.

Stats & Info:On a per-possession basis, Batum has filled it up in each of his two seasons in Charlotte, as he's one of just three players to average at least 20 points, eight rebounds and eight assists per 100 possessions in each of the last two seasons. The others? LeBron James and Russell Westbrook. An area for improvement this season is efficiency, as Batum is coming off a season in which he posted the worst effective field goal percentage of his career.

Stats & Info:With Avery Bradley and Jae Crowder no longer in the fold, Marcus Smart is unquestionably Boston's defensive ace on the perimeter. Smart and Patrick Beverley were the only guards to tally at least 200 deflections and 20 charges last season, with Smart ranking ahead of Beverley in both.

Stats & Info:Entering his 15th season, Anthony's days as a top-50 player might be finished as he comes in 33 spots below last season's ranking. His drop is tied for the largest by anyone that finished in the top 35 a season ago. The only players in NBA history to average at least 20 points per game in each of their first 15 seasons are Michael Jordan and Kareem Abdul-Jabbar, a club Anthony could join in 2017-18.

Stats & Info:Ball is the highest-ranked rookie and it comes on the heels of a MVP summer league performance in Las Vegas. While it's dangerous to put too much stock in a handful of offseason games, it's impossible to cast aside his infectious play as simply noise. Ball averaged more assists and rebounds in summer league than Stephen Curry, John Wall, Derrick Rose or Russell Westbrook did as rookies, while his 9.3 assists per game were a Las Vegas Summer League record.

Stats & Info:The reigning NBA Sixth Man of the Year, Gordon carried the Rockets' offense when James Harden needed a breather last season. When Harden was off the floor, Gordon scored or assisted on 34 points per 36 minutes. By comparison, that's more than Paul George, Gordon Hayward or CJ McCollum averaged per 36 for the season and just slightly beneath Jimmy Butler and Kyle Lowry.

Stats & Info:Already considered one of the league's premier on-the-ball defenders, Bradley now has a chance to showcase his offensive game in a contract year no longer playing alongside Isaiah Thomas and on a Pistons team lacking a clear-cut No. 1 scoring option. Bradley was the Celtics' leading scorer last season in the six games that Isaiah Thomas missed, averaging 19.0 points per game.

Stats & Info:Only four players in NBA history -- LeBron James, Kevin Durant, Shaquille O'Neal and Kyrie Irving -- averaged more points as a 20-year-old than Booker did last season as he pumped in 22.1 points per game. Despite the historic scoring for a player his age, Booker actually slipped 14 spots in our rankings. If you're wondering why, defense is a good place to start. Booker ranked near the bottom among shooting guards in Defensive Real Plus-Minus last season.


Stats & Info:Green is an elite 3-and-D wing. Only five players averaged more points per play coming off screens while Green once again finished in the top five among shooting guards in Defensive Real Plus-Minus en route to his first All-Defense selection.

Stats & Info:The move from Golden State to Dallas resulted in a significant boost in scoring numbers for Barnes, even if his rebound, assist, steal and block percentage remained nearly identical. The box-score numbers might look better, though advanced metrics remain skeptical as Barnes rated as a negative player in both offensive and defensive RPM.

Stats & Info:When it comes to projecting ceilings, Wiggins is among the most polarizing cases. On one hand, there's no denying his ability to score as you can count on two hands the number of perimeter players in NBA history to average more points as a 21-year old. On the other hand, skeptics wonder if the rest of his game will ever catch up as his assists, rebound, block and steal numbers have all plateaued since his rookie season.

Stats & Info:Just how out of nowhere was Brogdon's rookie-of-the-year campaign? We didn't have him ranked among the top 200 players entering 2016-17. A year later and the Bucks guard is knocking on the door for top-50 consideration. Brogdon turns 25 in December so while there are questions on just how high is ceiling stretches, there's no question that he's already a steady contributor on both ends.

Stats & Info:You can make a case that no truly impact player flies under the radar more than Covington. Though he was named on just nine of 99 media ballot for All-Defense consideration, Covington led all non-bigs in Defensive Real Plus-Minus last season and, according to RPM's wins metric, ranked among the 35 most valuable players in the league. Joel Embiid, Ben Simmons, Markelle Fultz and even JJ Redick will likely get more attention, but Covington is just as important to Philadelphia's mission of making the playoffs in 2017-18.

Stats & Info:When healthy, Gallinari can get buckets; he averaged more points per play in the half-court than Kevin Durant last season. Gallinari has played 70 games just twice in his nine seasons, making him a risky gamble for a Clippers team also banking on the health of Blake Griffin.

Stats & Info:Drummond is Exhibit A that simply amassing copious amounts of points and rebounds doesn't necessarily lead to team success. Despite having a season not far off from his All-Star campaign of 2015-16, Drummond fell all the way from 20th to 53rd in our rankings, largely in part because his team was simply much better with him off the floor. The Pistons were 10.9 points per 100 possessions better with Drummond on the bench than on the floor in 2016-17.

Stats & Info:A solid playmaker and defensive presence, Holiday is one of four players to average at least 7 assists and 1.5 steals per 36 minutes in each of the last five seasons along with Chris Paul, Russell Westbrook and Ricky Rubio. In the 376 minutes that Holiday, Annthony Davis and DeMarcus Cousins shared the floor, the Pelicans posted a defensive rating that would have ranked No. 1 in the NBA.

Stats & Info:Out of nowhere, Lopez morphed into the NBA's best stretch-5 last season as he led all starting centers in made 3-pointers while launching more than six per game. Yet another notch in his belt as one of the league's best offensive centers, that development also overshadowed his work on the defensive end where he doesn't get near the credit he deserves. Though he doesn't have the quickest feet and switching will never be a calling card, Lopez quietly held opponents to 47 percent shooting at the rim, which was better than noted defensive stalwarts Marc Gasol and Hassan Whiteside. 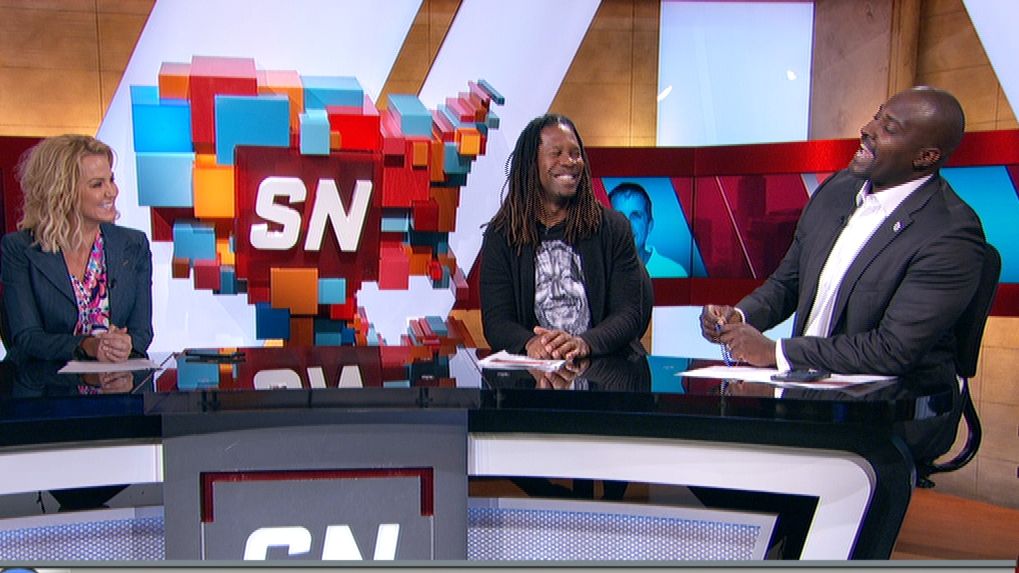 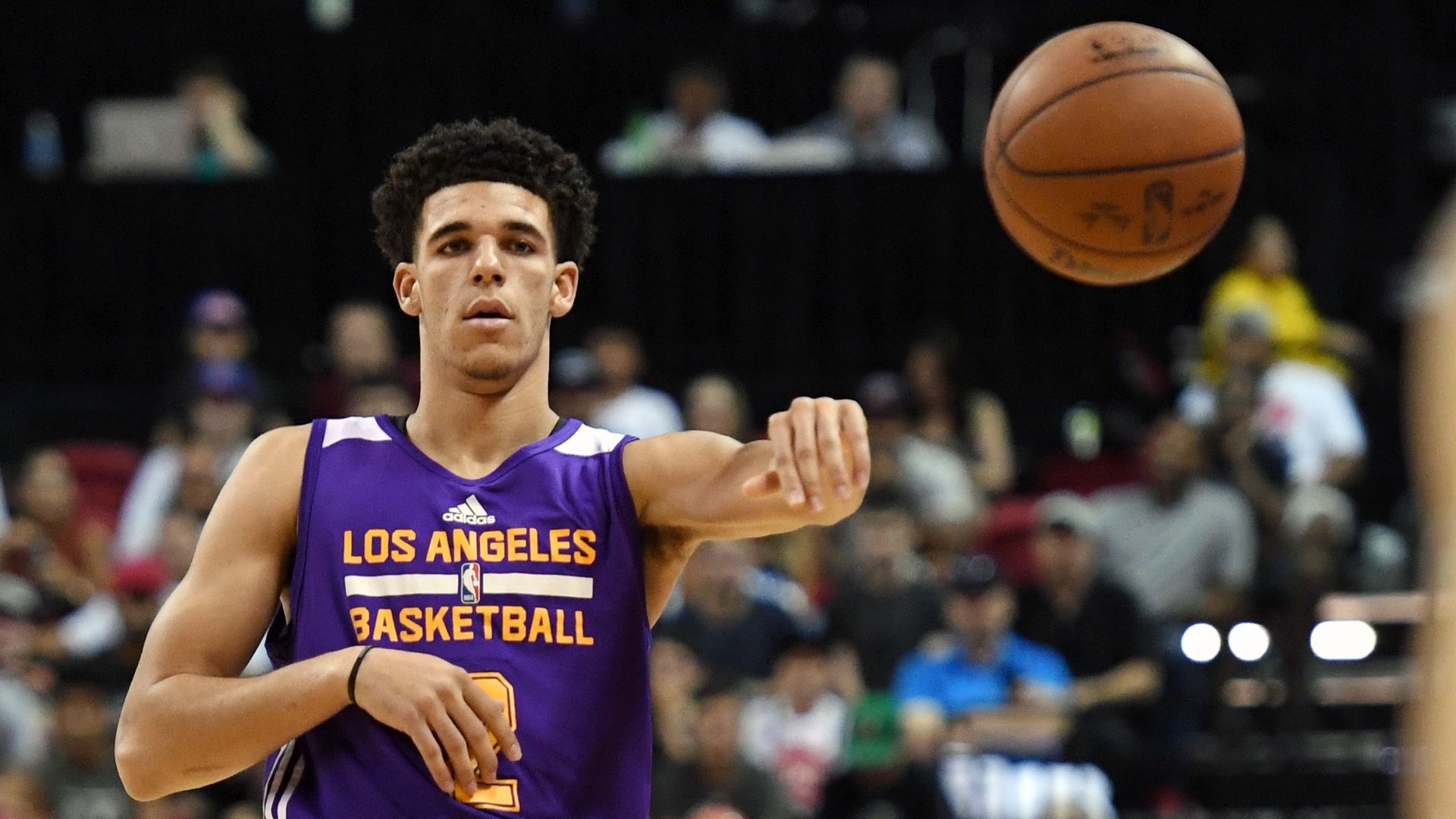