Nearly arrested? Mike Brown had a very good excuse for being late to Game 2 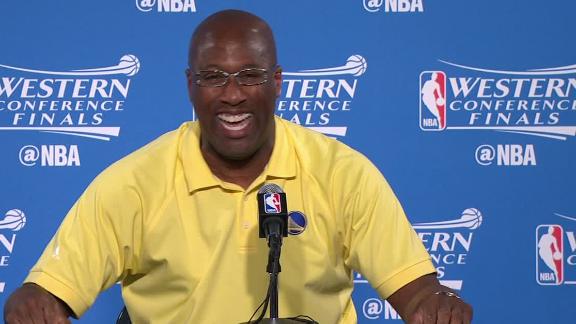 OAKLAND, Calif. -- Acting Warriors coach Mike Brown had a legitimate excuse for his late arrival at Oracle Arena for Game 2 of the Western Conference finals.

Brown was driving in front of the Spurs team bus at a freeway exit, along with his son Cam -- a huge fan of Spurs coach Gregg Popovich -- and a couple of friends in his SUV on Tuesday. Initially Brown was ushered through several red lights without having to stop, but then multiple officers on motorcycles yelled for Brown to hold up.

Even after he offered this:

At the final red light before he reached the gates to the stadium parking lots, Brown's luck ran out.

"I'm like, 'This is great. I didn't have to stop for any of these red lights,''' Brown said. "So I literally start to go, and I'm going to get in the far left lane to go through where we all go through, and a cop out of nowhere pulls in front of me and goes, 'Hey, you, stop!' ... So I'm, like, feeling myself a little bit. I'm like, 'Hey, I'm being bullied by Oakland PD or San Francisco PD in my own building, my own parking lot.' So I start to go a little bit, and another one pulls up: 'Hey, you, you heard him! Stop!'

"So I'm like, 'OK.' [They're] on motorcycles, right? If I scoot a little closer, they'll get a little scared because I know I'd get scared. I start scooting forward. And then an SUV pulls up, and I hear them over the loudspeaker: 'Hey, you, in the Range Rover. Stop! Right now! You heard the officer! Stop! So then I got scared. I'm like, I've got five cops around me, so I just stopped.

Once the Spurs got by, Brown's phone rang with a familiar caller ID: "Gregg Popovich, San Antonio Spurs.''

"So I answer the phone, and Pop is dying. He goes, 'Mike, I didn't know that was you,''' Brown said. "He goes, 'I'm sitting here, and I see this black Range Rover. I see all these cops surrounding them. I see the car trying to inch forward, I'm like, 'He's about to get arrested.' I said, 'Pop, this is my own building.' He goes, 'I know. When I saw it was you, I died laughing.'"

Popovich chuckled about it before the game.

"Somebody's got to teach him if the California Highway Patrol tells you to move, you move over,'' Popovich said. "He didn't do that. But it was funny. They did a great job, by the way, getting us here. It was pretty cool to watch them. Everybody's getting out of the way wondering what's going on. It was much easier than normal.''

Brown said he did the right thing by cooperating.

"I stopped, I did what they asked me to, and I let them take care of San Antonio,'' Brown said. "We got here just in time. Now I'm here.'' 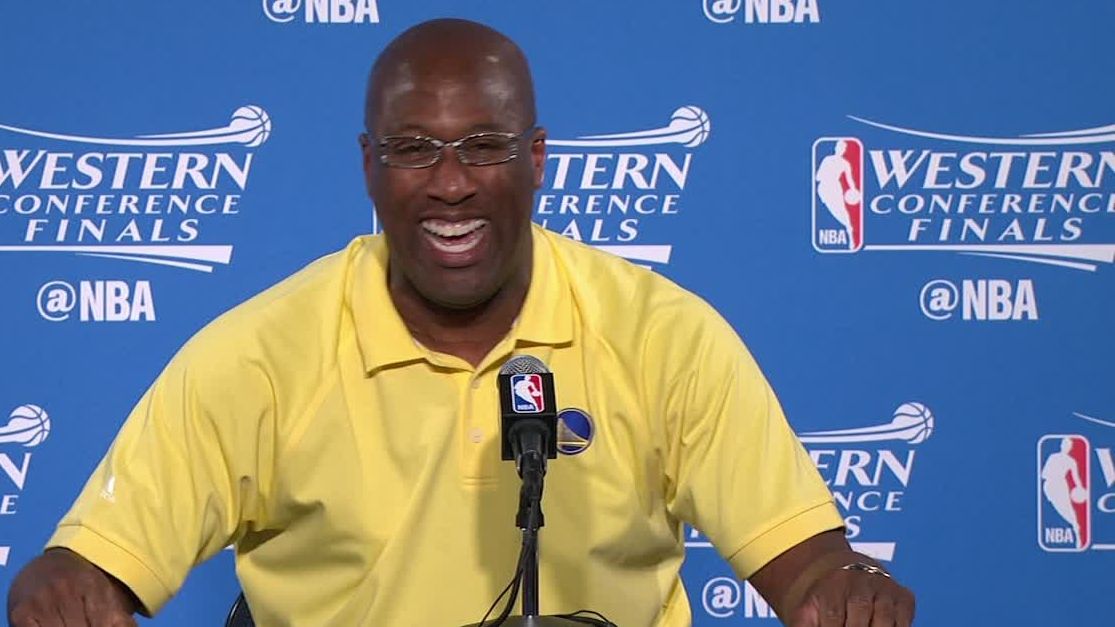