Nebraska pulls away in 2nd half to defeat Fresno St. 43-10

ESPN
LINCOLN, Neb. -- Nebraska overpowered Fresno State in the second half and won its opener in the easy fashion that was expected.

The lasting memory of Saturday night's 43-10 win will be how everyone inside Memorial Stadium came together to remember the Cornhuskers' fallen punter, Sam Foltz, who died in a July car crash.

The Huskers draped Foltz's No. 27 jersey at the end of their bench, and after they went three-and-out on their first possession, they lined up with 10 players and no punter.

The crowd stood and responded with loud cheers and applause as the play clock wound down, with Fresno State's players joining them in the salute. When Nebraska was flagged for delay of game after the play clock expired, Fresno State declined the penalty.

"It was an incredible feeling, knowing how much he meant to the team and the community and all the fans out there," quarterback Tommy Armstrong said. "It touched my heart a bit, just looking out there."

Fresno State coach Tim DeRuyter was told beforehand that the Huskers would line up without a punter, and he said there was no question that the penalty would be declined.

"If we can't teach our guys something classy like that, what's college for?" he said.

Armstrong Jr. ran for two touchdowns and threw a perfect deep ball to Alonzo Moore for another as Nebraska took control of the game and gave Mike Riley his 100th win as a college coach.

The Huskers pounded away at the Bulldogs with runs on 51 of their 64 plays, and Devine Ozigbo ran for a career-high 103 yards and two touchdowns. The biggest of Armstrong's few passes came two plays after Kieron Williams' first career interception, when Moore beat his man to catch in stride a 57-yard TD early in the fourth quarter.

"When we run it that well, we open up a lot for the receivers," Armstrong said. "When we get a chance to throw it, we have to complete them."

Fresno State's Chason Virgil, who missed the last nine games in 2015 with a broken clavicle, completed his first five passes and 11 of his first 14. The Bulldogs got a scare when he banged up his left shoulder late in the first half after being driven out of bounds by linebacker Luke Gifford, who was ejected for targeting.

Virgil returned to start the third quarter but didn't get much done the rest of the night against a Nebraska defense that got better as the game went on.

"I thought our guys went toe-to-toe with them for a pretty good bit, and then they broke our will in the fourth quarter," DeRuyter said.

Fresno State: The Bulldogs, coming off a 3-9 season, hung with Nebraska for a half and should be improved if they can keep Virgil healthy for new offensive coordinator Eric Kiesau. They capitalized on Robert Stanley's blocked punt and a couple Nebraska penalties, and that allowed them to keep it close until the third quarter. First-year defensive coordinator Lorenzo Ward can take consolation in that it's unlikely his unit will go against another opponent that runs the ball as well as Nebraska.

Nebraska: The game plan was perfect against an opponent that ranked 117th against the run last year, and once Armstrong and the Huskers got going in the second half, they were nearly unstoppable. Nebraska, which finished with 292 yards on the ground, ran on 20 of its first 21 plays, and Riley made good on his plan to get Armstrong more carries.

Ozigbo and Terrell Newby formed a strong 1-2 combination, and freshman Tre Bryant showed up well when he got his chances late in the game. All that was pleasing to Riley. What upset him were three unsportsmanlike conduct penalties in addition to an ejection for targeting for a third straight game.

"There was some good football, when you rush for that many yards, but I have mixed emotions about this game," Riley said. "Lots of things have to change."

Fresno State: The Bulldogs go from playing in one of the cathedrals of college football to hosting Sacramento State. DeRuyter's Fresno teams have beaten Football Championship Subdivision opponents by an average of 26 points.

Nebraska: The Huskers host Wyoming, coached by former Nebraska assistant Craig Bohl. This is no gimme. The last time the teams met, in 2013 in Lincoln, the Cowboys scored a couple late touchdowns and put a scare into the Huskers before losing 37-34. 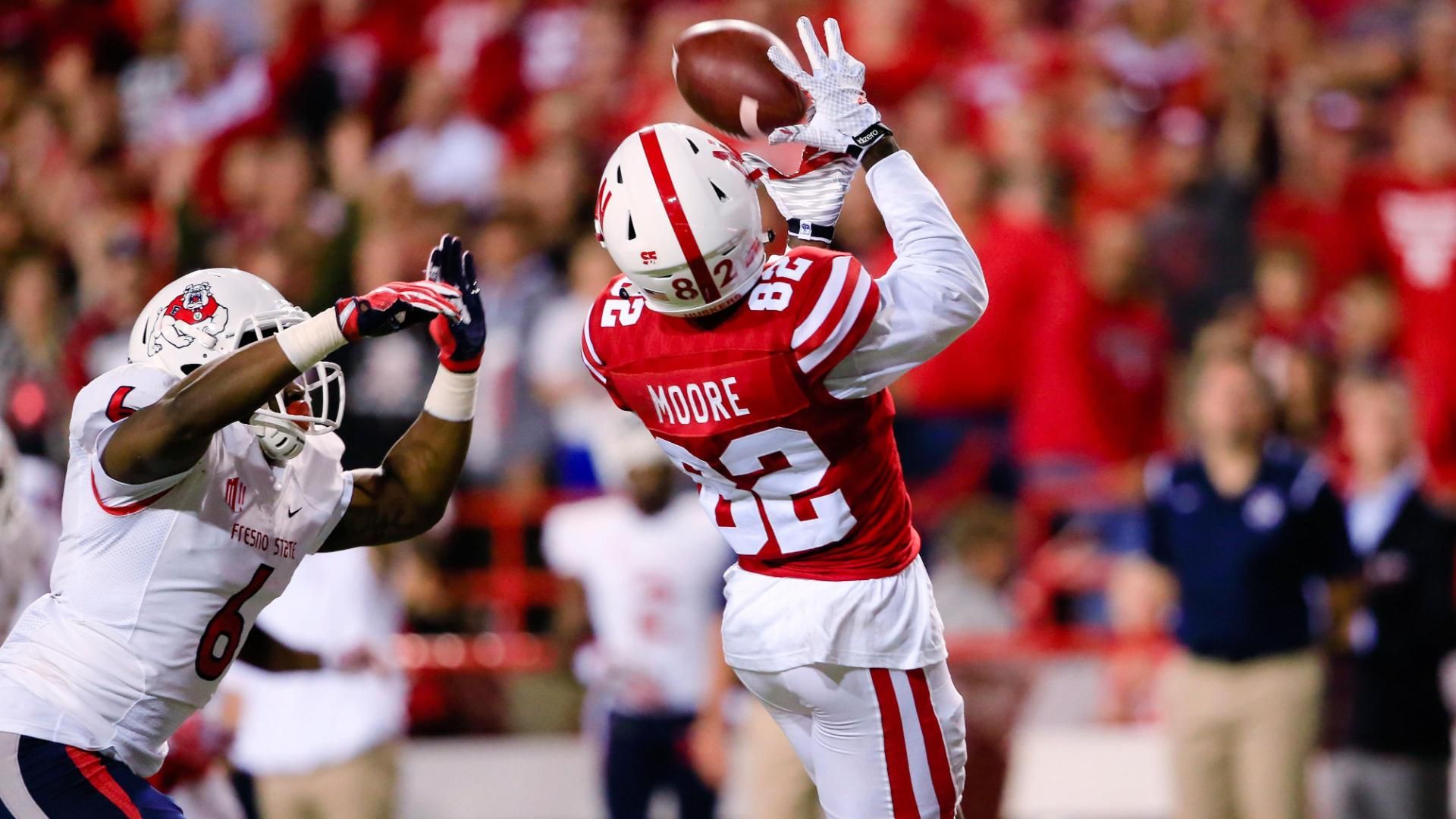