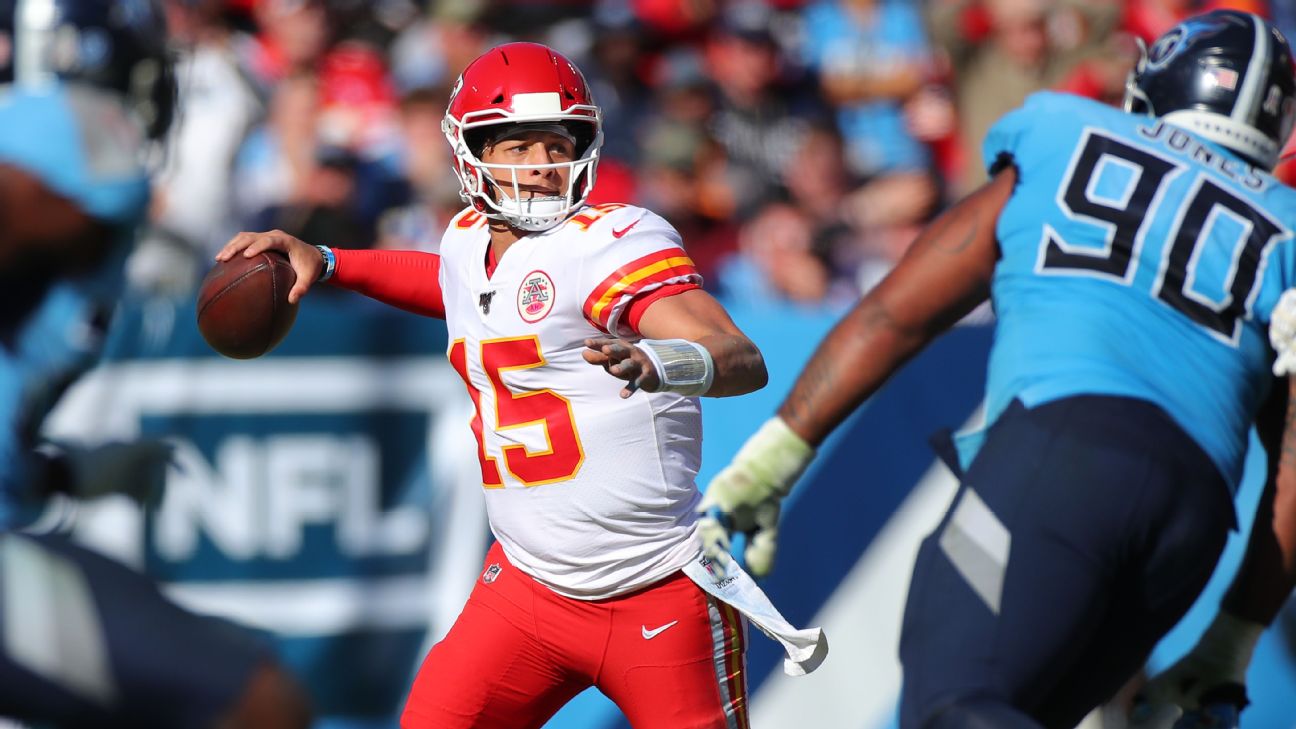 ESPN
The NFL season is approaching its climax -- there are just four teams still alive in the race to make Super Bowl LIV. Here's what you need to know:

What channel are the NFL playoffs on?

What teams are in the NFL playoffs?

The Kansas City Chiefs will host the Tennessee Titans in the AFC championship game. The Chiefs finished the regular season with a record of 12-4, received a bye in the first round of the playoffs and then defeated the Houston Texans 51-31 in the divisional round. The Titans finished the regular season at 9-7, and then pulled off back-to-back upsets of theNew England Patriots (20-13) and theBaltimore Ravens (28-12) to reach the championship game. (More on the Chiefs and Titans here, and the Ravens' failure here.)

The San Francisco 49ers will host the Green Bay Packers in the NFC championship game. Both teams finished the regular season with a record of 13-3 and received a bye in the first round of the playoffs. The 49ers defeated the Minnesota Vikings 27-10 in the divisional round, and the Packers defeated the Seattle Seahawks 28-23.

When did the NFL playoffs start?

The playoffs began with the wild-card round on Saturday, Jan. 4 and Sunday, Jan. 5. They will end with Super Bowl LIV on Sunday, Feb. 2.

How many teams are in the playoffs?

Twelve teams in total -- six apiece from the two different conferences, the AFC and the NFC. All four division winners in each conference advance to the playoffs, as do the two wild-card teams -- the two non-division winners with the best records in each conference.
Report a correction or typo
Related topics:
sportsespntennessee titanssan francisco 49erskansas city chiefsgreen bay packers
Copyright © 2020 ESPN Internet Ventures. All rights reserved.
More Videos
From CNN Newsource affiliates
TOP STORIES