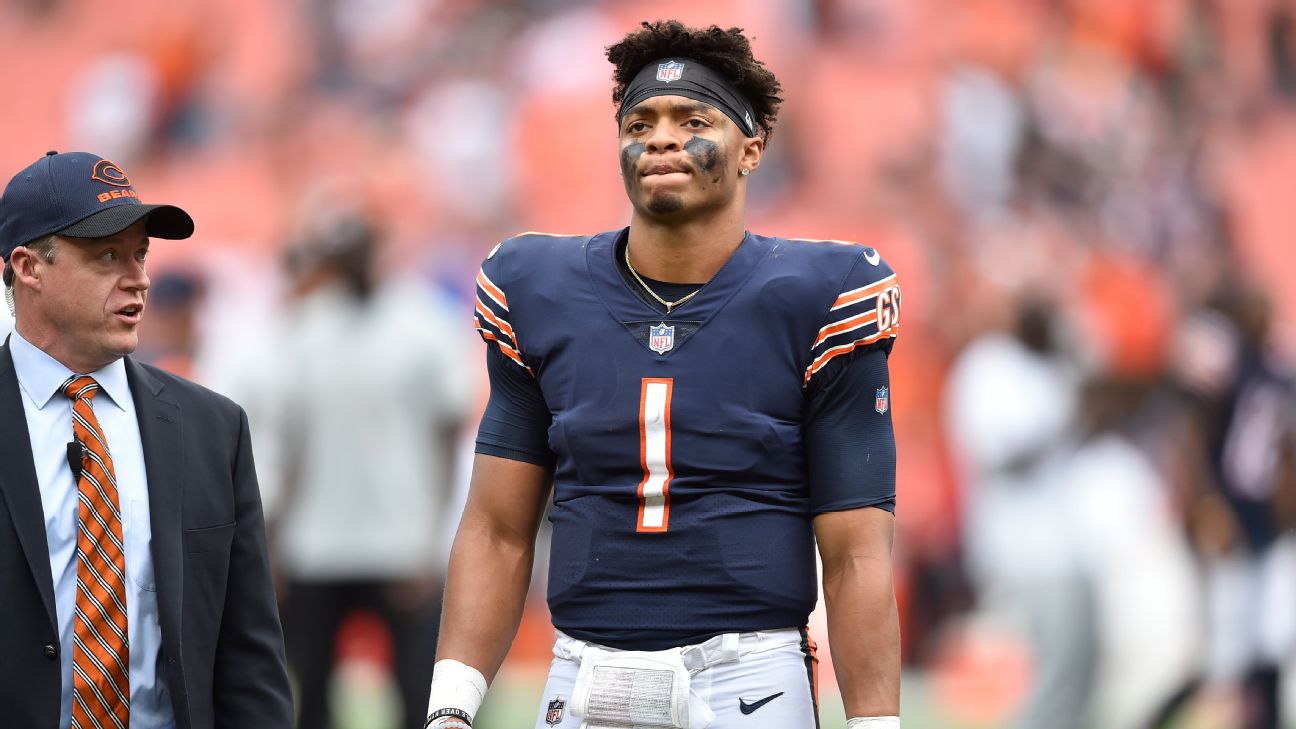 Tough games and stretches are inevitable for any rookie quarterback. Defenses are far quicker and more physical than any first-year signal-callers could ever imagine, thus narrowing any room for error on throws that were once routinely easy.

According to Elias Sports Bureau, teams with rookie starting quarterbacks have a combined record of 1-10 (.091 win percentage) thus far. That is the worst such mark through Week 3 since the 1970 merger (minimum five starts). Such figures don't fall solely at the feet of these promising rookies. Their transitions to the NFL can go only as well as head coaches and veteran teammates support them along the way.


Though none of these rookies' filled the win column in Week 3, let's examine the impact of this week's action on their respective developments.

Lawrence now has seven interceptions through three games. Among No. 1 overall picks in NFL history, only Peyton Manning (eight in 1998) and Alex Smith (eight in 2005) had more.

Of course, the Jaguars' 18-game losing streak dating to last season illustrates the team's struggles go beyond Lawrence's growing pains. Jacksonville's current skid is tied with the 1972-73 Houston Oilers for the fifth-longest in league history.

The Jaguars face a short week given the team's visit against Joe Burrow and the Cincinnati Bengals on Thursday. It will be the first regular-season nationally televised game of Lawrence's NFL career, prompting him to reflect on how much his schedule has changed in the pros.

"Oh, gosh, it's completely different," he said on Tuesday about preparing on three days rest this week.

"It's like you don't even know what day it is. You try to do the same things you do in a normal week. You just have to be a lot more efficient with your time."

Lawrence, who is the first rookie with multiple interceptions in his first three games since Blake Bortles in 2014, remains confident in his progress as he continues adjusting to the NFL's peaks and valleys.

"I haven't played my best, but I know there's a lot of good football ahead."

Like Lawrence's Jaguars, Wilson and the Jets are still seeking their first victory of the 2021 season.


The last time New York's offense struggled this poorly to kick off a season? 1976, when Joe Namath played his final season as a Jet and Lou Holtz resigned after a 3-10 start.

Against Denver on Sunday, Wilson joined DeShone Kizer (2017) and Geno Smith (2013) as the only rookies in the past decade to toss no touchdowns while throwing multiple interceptions in consecutive games.

In fairness to Wilson's adjustment, each of the three defenses he has faced (Broncos, New England Patriots and Carolina Panthers) currently rank within the top five in yards and points allowed per game.

Though no one would heap New York's struggles onto Wilson's shoulders, coach Robert Saleh hopes to see his rookie starter grow more discerning with his pass attempts.

Stat line: 1-yard rushing TD on lone attempt (did not attempt a pass)

For the second time in three weeks, Lance helped San Francisco cap a touchdown in the red zone. San Francisco's prized rookie has played only four snaps but appears quite efficient in making them count.

The 49ers' two-point loss marked the team's first of the season, but they're tied for ninth in scoring (28.7 PPG) through three games as San Francisco gauges the best way to maximize this year's third overall pick.

"When you have some plays you can do and some situational stuff, he's got a chance every week to be in there," Shanahan said to NBC Sports.

"And that's to me, why he's always up and staying into it."

On Monday's episode of NFL Live, ESPN's Mina Kimes explained why she believes San Francisco's offensive upside could be bolstered by Lance's presence.

The Bears' offense struggled in Fields' first NFL start. His nine sacks taken trail only Greg McElroy (11 in 2012 with Jets) for the most by anyone in their first career start over the past two decades. Fields was pressured on 60% of his dropbacks Sunday.

Toward the end of Chicago's 20-point loss Sunday, seven-time Pro Bowler Lance Briggs, who spent his entire 12-year career with the Bears, could only poke fun at the offensive line struggling against Cleveland's pass rush.

Jones did a sound job of protecting the ball in his first two NFL starts.

That wasn't the case in Week 3, unfortunately. He tossed three interceptions against New Orleans on Sunday, helping pave the way for New England's first 0-2 home start since 2000, Bill Belichick's first as Patriots coach.

For Jones, the trouble appeared to come when asked to stretch the field. He was only 3-of-19 with a touchdown and two picks on throws at least 15 yards downfield Sunday. Those 16 deep incompletions are tied for the second-most by any QB over the past 15 seasons.

In fact, one of Jones' interceptions Sunday included his first pick-six since tossing two against the Auburn Tigers on Nov. 30, 2019.

Despite a rough day at the office in Week 3, Belichick remains pleased with what he has seen from his first-year quarterback.

Unfortunately, we were in too many third-and-longs [Sunday], and he's seen a lot, and I think he dealt with all of it pretty well, but you know, like any young player, there's room for improvement, and we need to improve just overall as a football team but certainly offensively." 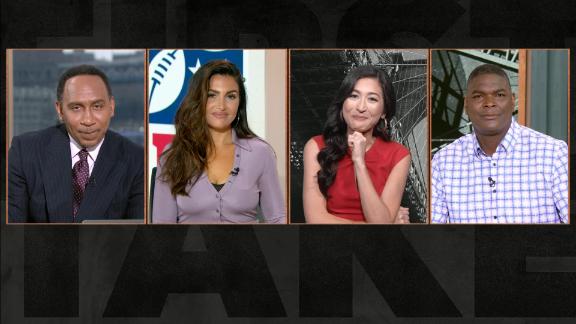