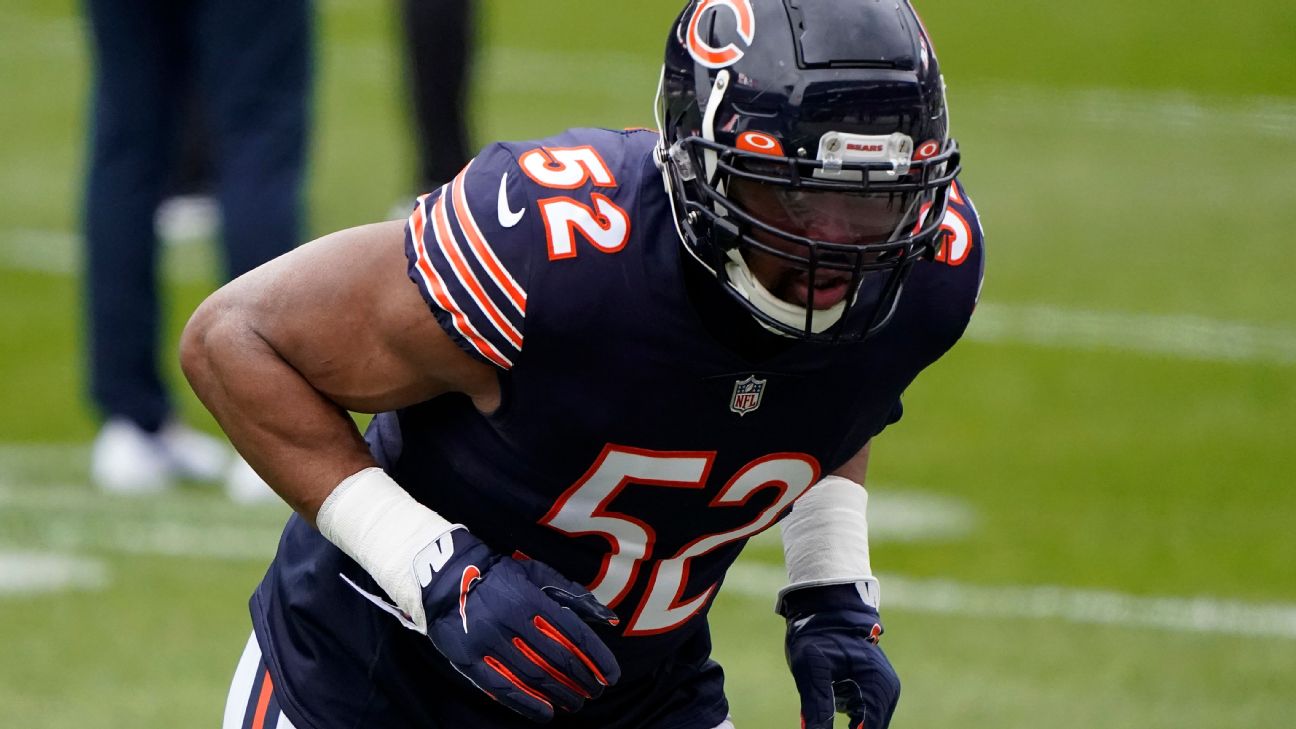 Week 8 of the NFL season has gotten off to a great start thanks to the Green Bay Packers and Arizona Cardinals. Despite missing their three top receivers, an improbable cast of Packers, led by Aaron Rodgers, handed the Cardinals their first loss.

Quarterback availability was a big question for Week 8. The Houston Texans will start Davis Mills with Tyrod Taylor not ready to return from injured reserve. The Cleveland Browns got good news. Baker Mayfield, who did not play in Week 7 due to an injury to his left shoulder, will start Sunday in a rivalry game against the Pittsburgh Steelers.


The Tampa Bay Buccaneers go into Sunday's game against the New Orleans Saints with a few question marks. Receiver Antonio Brown will be out, but tight end Rob Gronkowski (cracked ribs), inside linebacker Lavonte David (low ankle sprain) and cornerback Richard Sherman (hamstring strain) all have "a chance" to play Sunday, according to Bucs coach Bruce Arians.

Before the weekend slate of games gets underway, our NFL Nation reporters bring you the latest info on star players dealing with injuries. They have the details of who will be available and who will be out.

Knox fractured his hand in the team's win over the Tennessee Titans in Week 6, and then successfully threw a 2-point conversion pass to quarterback Josh Allen before leaving the game. The tight end will miss this weekend's game against the Miami Dolphinsbut has not been placed on injured reserve. Tommy Sweeney is expected to get the start at tight end in his place. Knox's absence will likely give a variety of offensive players opportunities. -- Alaina Getzenburg

The Bears are bracing to be without Mack for the near future. Mack has not practiced in weeks but still managed to play in games. However, Mack's lingering foot pain has caused the Bears to determine that their best defensive player needs rest. He has been officially ruled out of Sunday's game against the 49ers. Losing Mack is a huge blow to the Bears. He leads the team with six sacks. -- Jeff Dickerson

Ward, Cleveland's top corner, will be out due to the injury he suffered last week. That means the Browns' starting corners vs. Pittsburgh will be rookie Greg Newsome and Greedy Williams.-- Jake Trotter

Williams was limited in practice throughout the week. He's listed as questionable. "He's still got some strength in it, which is good," Lions coach Dan Campbell said. "That's a positive. It kind of popped up last week, but he finished the game for us and did really well. But, we just won't know. Jamaal, if he can go, he's going to go. It's just a matter of, 'Can he take a load?' that's it."

Swift has dealt with his ongoing groin injury since training camp, but he should be ready to go against his hometown Philadelphia Eagles. The Lions continue to monitor the situation to prevent it from getting worse with limited practices throughout the week.-- Eric Woodyard

Taylor will miss his sixth straight game after the Texans determined he wasn't ready to return from injured reserve on Sunday against the Rams. Head coach David Culley said Taylor has made progress but wasn't quite ready to play. Rookie quarterback Davis Mills will start against Los Angeles.-- Sarah Barshop

Whitworth will not play Sunday against the Houston Texans, coach Sean McVay said. "He got treatment. Wanted to be able to be smart about that and we feel like he's responded really well from that treatment," McVay said. "But we knew when he took part in that treatment that it was probably going to eliminate him from this game." In Whitworth's absence, the Rams will start Joseph Noteboom, who started nine games at the position last season when Whitworth was sidelined also because of a knee injury. -- Lindsey Thiry

Vikings general manager Rick Spielman said that Pierce would be back after the bye, but Minnesota has ruled out its starting nose tackle for the Dallas game. Pierce didn't practice this week as he continues to recover from an elbow injury.

Special teams coordinator Ryan Ficken said he expects Westbrook to be the team's punt returner in Week 8, but Westbrook was listed as questionable on the final injury report. -- Courtney Cronin

Smith, who was knocked out of the Week 7 win over the Jets, was on the practice field each day this week, with limited participation. So things seem to be heading in the right direction. -- Mike Reiss

Peat was injured Monday night and could potentially miss the rest of the season -- a significant loss considering he has made the past three Pro Bowls. But the Saints have several experienced options they can turn to, with veteran James Hurst and second-year pro Calvin Throckmorton among the potential replacements. And fortunately, they just got two other starting offensive linemen back from injuries last week to keep them mostly intact. --Mike Triplett

Hill has been missed as both a runner and pass-catcher on a Saints offense that is lacking reliable playmakers this year. Fortunately the Saints are getting some reinforcements in both areas, with RB Mark Ingram II just being acquired in a trade and WRsTre'Quan Smith and Deonte Harris returning from injuries over the past two weeks. Sean Payton hasn't given a specific timetable for Hill's return but said he is getting better.

Ebron popped up on the practice report Thursday with a hamstring injury and didn't practice Friday before being ruled out for Sunday's game against the Browns. He has only one touchdown this season and hasn't made a huge offensive impact, but with WR JuJu Smith-Schuster done for the year, Ebron and the tight ends figured to have an increased role. Ebron's absence likely means more action for rookie Pat Freiermuth and Zach Gentry. The Steelers also listed OLB Melvin Ingram as doubtful. He was limited in practice all week and missed Friday with a groin injury. Coach Mike Tomlin also dismissed any trade rumors Friday around his rotational linebacker.-- Brooke Pryor

For the second consecutive week, Williams' status is in doubt. He missed last week against the Colts after not practicing during the week, but he took a step forward Friday when he participated on a limited basis. He's listed as questionable on the injury report, but getting him back would be a big development for an offense that is still without tight end George Kittle and coming off a rough outing in the rain last week. -- Nick Wagoner

The All-Pro guard has missed the past three games after injuring his knee, but, while limited, Scherff was able to practice this week. Washington coach Ron Rivera said Scherff is "very, very close" to being able to play. At this point it would be surprising if he didn't play. That would be a big boost for a team on a three-game losing streak. His ability to block in space will help against a Denver team that has struggled at teams in the screen game.-- John Keim 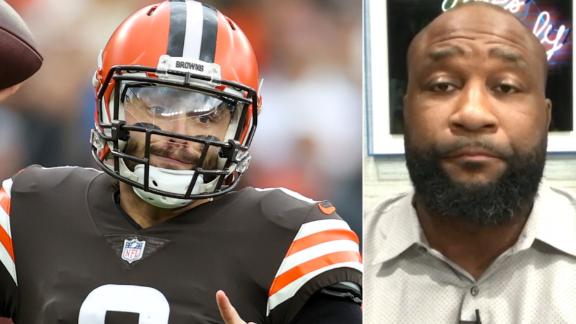