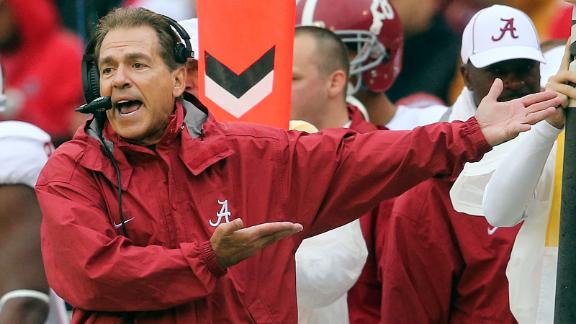 TUSCALOOSA, Ala. -- Alabamacoach Nick Saban took exception with the media's outlook on his team prior to Saturday's win at Georgia.

Saban was asked how he keeps players focused considering the "noise outside the program and the perception being fluid week to week."

"I say the same thing as when y'all buried us last week," he said. "It really doesn't matter what you think. It really doesn't matter what you say. And I'm hoping that nobody on our team is playing for you. I hope they're playing for each other and their team and what they want to accomplish and not what you think. Because that's certainly not what I'm doing. I'm coaching and working for our players and our team to be as good as it can be, and if that's not pleasing to somebody else, then it's not pleasing to somebody else."

Saban was passionate in his response, saying how he believed in his team before and how he continues to do so now.

"It's not going to be for you!" he said, directing his response to the media. "The fans, yes. Because if it was up to you, we're 6 feet under already. We're dead and buried and gone! Gone!"

Alabama dropped from eighth to No. 12 in the polls following a close loss at home to Ole Miss two weeks ago. Some pundits questioned whether Saban's dynasty in Tuscaloosa was over and there was a players-only meeting in which several players said they had to tune out the noise around the program.

Even oddsmakers in Las Vegas showed doubts as the Crimson Tide were an underdog against the Bulldogs on Saturday, ending a streak of 72 straight games of being the favored team. Alabama turned around and dominated then-No. 8 Georgia in Athens, winning 38-10.

On Monday, Saban said he was proud of the "statement" his team made against the Bulldogs but cautioned that it's a win they must build upon.

"We are what we are as an identity only if it happens on a continuum," he said. "You always have the next challenge." 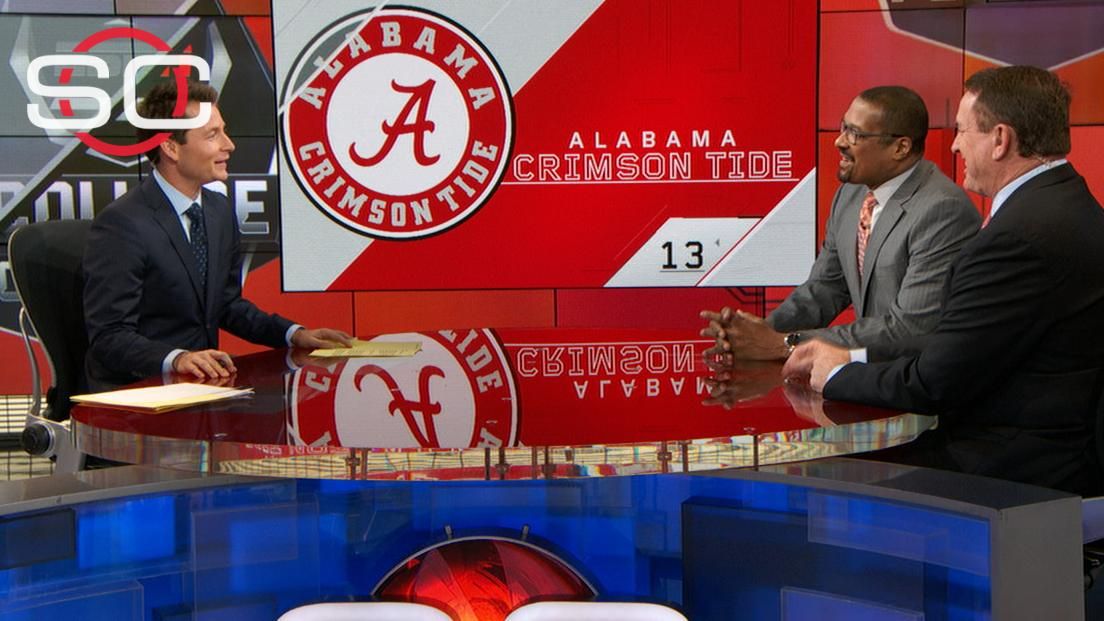