No stranger to reunion games, Paul George prepares for return to OKC 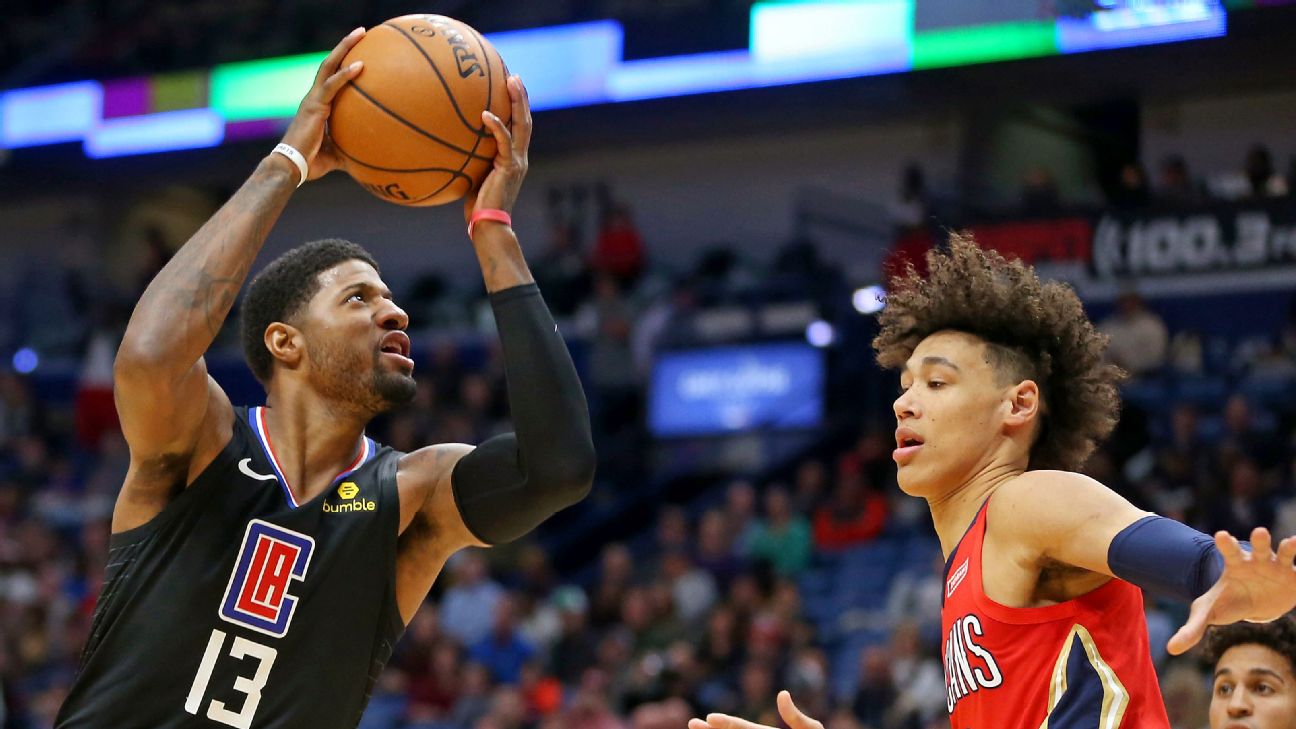 PLAYA VISTA, Calif. -- Paul George is a few days away from returning to Oklahoma City for the first time and the LA Clippers' All-Star isn't sure what is in store for him. What George believes he does know, however, is that his return to OKC on Sunday can't be any worse than how his returns to Indiana have gone with Pacers fans.

"You know what, I'm not really sure," George said Thursday morning about his reception in Oklahoma City on Sunday. "I've seen it all. I've had the worst ... don't think it can get any worse than Indiana, so I'm not sure. Probably be a mix of both."

In his last trip to Indiana on Dec. 9, when the Clippers beat the Pacers 110-99, George scored 36 points and had nine rebounds, but was booed every time he touched the ball. After that game, George told reporters that fans were booing the wrong guy and that one day he will write a tell-all book revealing everything that led to his trade request in 2017.

Starting with Thursday's game against the Houston Rockets, George is in the midst of a reunion week for the next seven days. After playing against his former Thunder teammate Russell Westbrookfor the second time this season, George and the Clippers go to San Antonio on Saturday before the All-Star makes his first trip back to Oklahoma City since requesting a trade to the Clippers this past July to join Kawhi Leonard.

George played against the Thunder in Los Angeles on Nov. 18 and scored 18 points in just his third game back from shoulder surgeries.

"I've said this before, PG was a class act with our organization and community," Thunder general manager Sam Presti said. "He stayed when he had other options and he showed respect for our fans, community, and our organization not only while he was with us, but also since he has gone back home to Los Angeles. I'm hopeful people recognize that when they think about his tenure."

George's return to Oklahoma City should give him an indication of how fans there feel about him after the summer's moves. His trade request came as a shock to Oklahoma City since George had just re-signed as a free agent with a four-year, $137 million contract in 2018.

George, though, couldn't pass up the opportunity to play with Leonard and do it in Southern California where he grew up. The Clippers gave up a haul for George, shipping Shai Gilgeous-Alexander, Danilo Gallinari, five first-round picks and the right to swap two first-round picks for the All-Star.

"What will always stick out to me was when I first arrived in Oklahoma, you guys saw, all the fans crowded the airport, hanging outside," George said of his favorite memory about the Thunder fans. "Their welcoming that day was something that'll always stick with me."

Once the Thunder reunion ends, George will prepare for what could be his biggest regular-season game: the highly anticipated Christmas clash between the Clippers and Los Angeles Lakers.

George will face his former Indiana coach, Frank Vogel, who is off to a Coach of the Year-like start in his first season with the Lakers. Shortly after Vogel took the Lakers job, and George was traded to the Clippers, the coach hit up George and exchanged some friendly trash talk.

George, who did not play against the Lakers in the first matchup this season, said he and Vogel talk every now and then, especially around the holidays.

"Just being across from him (in Staples Center), it's great," George said. "We both share the city ... I look forward to going against him. I always have fun with it. It's great, we started together in Indiana and here we are in L.A. as counterparts."

Vogel took over as coach in Indiana during George's rookie season in 2010-11 and coached the swingman for six seasons.

"He definitely helped with my development by throwing me out there, throwing me into the fire, giving me that experience, letting me learn on the fly, make mistakes," George said. "He definitely helped with my development of just film work, watching games, watching plays. The experience is what helped the most by allowing me to play and letting me learn and just being out there." 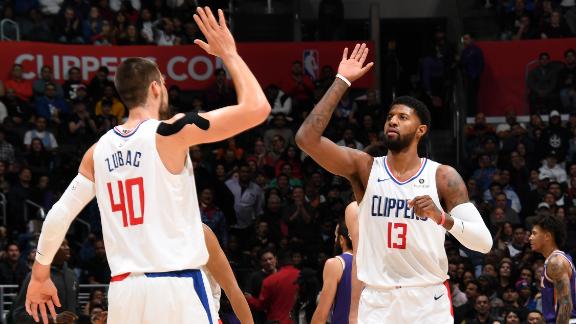