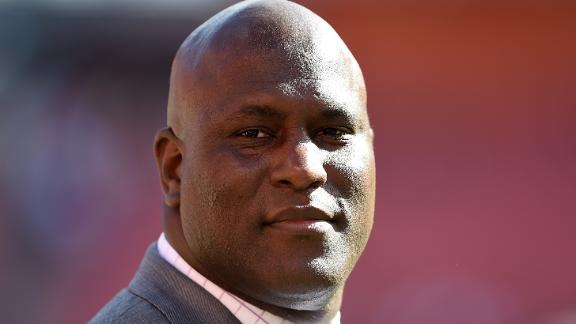 Even though texting is a violation of NFL rules, Haslam said Farmer has the full support of the organization.

"I think Ray Farmer knows and has [privately] said that he has made a mistake in sending those texts," Haslam said in a meeting with the team's beat writers. "Ray feels terrible about it. Ray's a guy -- I've known a lot of people -- I think has utmost integrity."

Haslam did not get into the texts, but he emphasized that Farmer has his full support.In a separate one-on-one interview with Cleveland.com, Haslam said he did not send any texts and was not behind any texts being sent.

The NFL is investigating the issue because texting from members of the front office during games to any coach or team employee is a violation of the rules. The NFL investigation is ongoing, and Haslam said the league has told the Browns it has not come to any conclusions or decisions.

"I don't want to talk about it," Haslam said. "I'll just say that I don't think Ray intended to gain any unfair advantage and he's learned from his mistakes."

Haslam was also asked if he was telling Farmer what to text while the two sat together at games.

"We sit together at away games, not home games OK?" Haslam said. "I think I said I'm not going to comment on the texts. But Ray's a big boy, and if you've ever been with these GMs they're texting people all the time and it may be somebody watching a game in a different stadium. So I think that's enough said on that."

Haslem was asked why the texting was not a fireable offense.

"Ray's smart. He works hard. I think he understands football. He's been in football all his life. He relates extremely well to players. He knows it not only from a personnel standpoint but from the way a game should be run and managed standpoint.

"I think he's an exceptional human being. I hate this. As bad as I hate it for the organization, I hate it more for Ray Farmer. I think it eats him up every day."