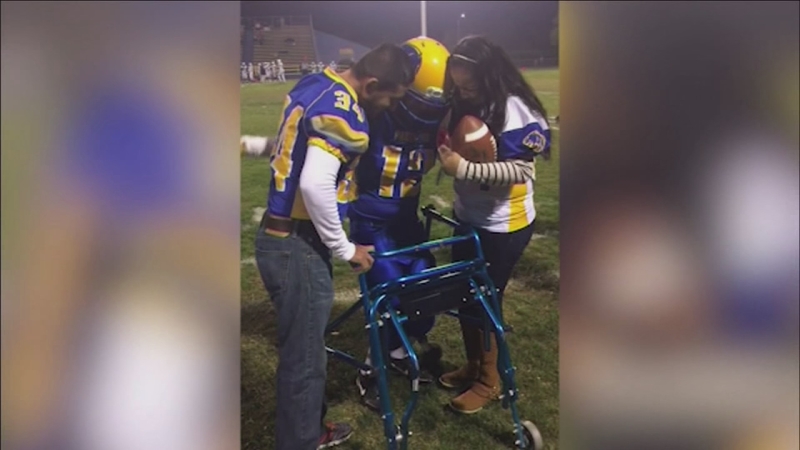 FRESNO, Calif. (KFSN) -- A promise proved sportsmanship is more important than the scoreboard to for two high schools.

Friday night, the Parlier Panthers and Riverdale Cowboys completed a promise made back in 2013 between Riverdale coach Bryan Close and former Parlier coach Joe Reyes.

During the 2013 season, Riverdale's Anthony Vallejo a special education student and 4-year team manager got his chance to shine in the spotlight when he scored a touchdown for the Cowboys

In return, Coach Close of Riverdale promised to allow Parlier's Justo Bustos to score by the time he became a senior.

Last night the second half of that promise became a reality when Bustos who has cerebral palsy took the kickoff return for a touchdown.