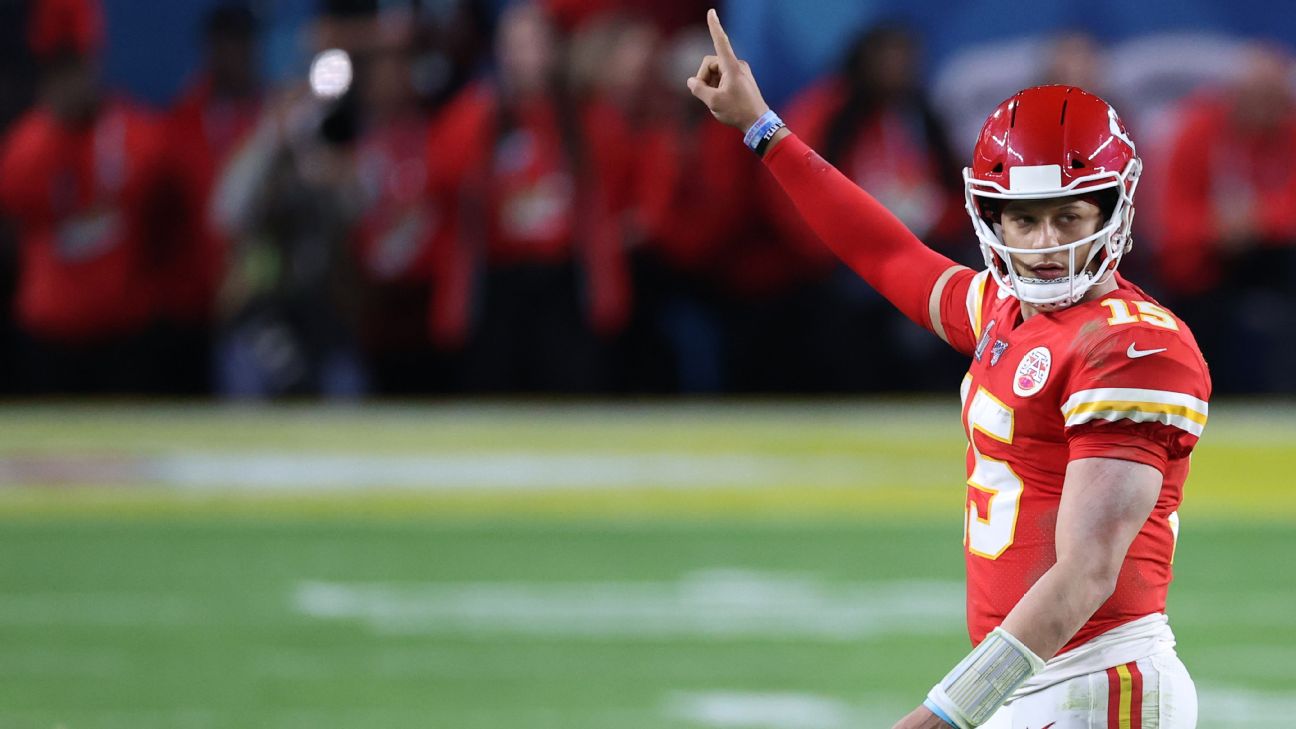 "It's this team. We have heart," Mahomes said following the 31-20 win in Super Bowl LIV at Hard Rock Stadium. "Coach [Andy Reid] pushes us to be the best people we can be and never give up."

"I've been waiting to say it my whole life: I'm going to Disney World," Mahomes continued, echoing a tweet he posted in 2013.

"It's like watching Denzel [Washington] in a movie. It's like watchingLeBron Jamesin the playoffs," Chiefs safety Tyrann Mathieu said. "He has that spark. For him to be that young and to find the confidence to do what he did against a special defense, that tells you everything you need to know about that man."

As red and yellow confetti flew in the air as the game clock hit zero, Mahomes celebrated bringing Kansas City its first NFL title in 50 years.

"Thank you Kansas City, we did it baby," Mahomes said.

Mahomes did a victory lap riding in a cart following the game as legions of Chiefs fans cheered. Once back in the locker room, Mahomes went to shake the hand of every player he could find and dance with a few others.

Mahomes finished 26-of-42 for 286 yards with three total touchdowns (two passing, one rushing), two interceptions and a 78.6 passer rating. He joined Brady (Super Bowl XLIX) and Terry Bradshaw (XIV) as the only players to win Super Bowl MVP despite throwing multiple interceptions.

For three quarters, Mahomes didn't play his best football, partly due to the prowess of the 49ers' defensive front. But he lived up to his comeback kid mantra with another magician-like performance when it mattered the most.

Receiver Mecole Hardman said Mahomes told the offense on the sidelines before the comeback that "they are on going to be talking about this for a long time. So believe and let's keep going."

That's exactly what the Mahomes-led Chiefs did.

"I knew we weren't in the ideal situation. I believed in my defense to get stops, and they did," Mahomes said. "Then the guys kept believing in me and kept making plays downfield, and we found a way to win."

Said Chiefs coach Andy Reid: "He kept firing, that's what he did. The guys around him just believed in him. It was just -- we all did, all the coaches, likewise. And then our defense had a couple of great stands in there. We knew it would be a close game, and it felt that way. We knew there would be challenges to battle through, and nobody lost their poise, they just kept rolling, so I was proud of everybody there."

"You can't blink when we are on the field," Chiefs offensive lineman Cam Erving said.

With seven minutes to play in the fourth quarter and facing third-and-15, Mahomes dropped back 12 yards, drifting to his left to keep the play alive, and lobbed a beautiful 44-yard pass to Tyreek Hill.

It set up a Chiefs touchdown to trim the 49ers' lead to 20-17 with just over six minutes left.

Mahomes then led a seven-play, 65-yard drive that ended with a third-and-goal go-ahead 5-yard touchdown to running back Damien Williams, who contributed two touchdowns Sunday, including the clinching score on a 38-yard run.

"He's so special. I'm so proud of him. I hope he stays in Kansas City his whole career," tight end Travis Kelce said. "He's a better person than he is a player, and he's a hell of a player, and now he's a world champ."

"The best thing about it is you're showing kids that no matter where you grow up, what race you are, that you can achieve your dream," Mahomes said this week. "For me, being a black quarterback -- having a black dad and a white mom -- it just shows that it doesn't matter where you come from. It doesn't matter if you're a baseball player or basketball player, follow your dreams.

"Whatever your dreams are, put the work ethic in and you can be there at the end of the day."

On Sunday night in Miami Gardens, the legend of Patrick Mahomes grew into something far greater. 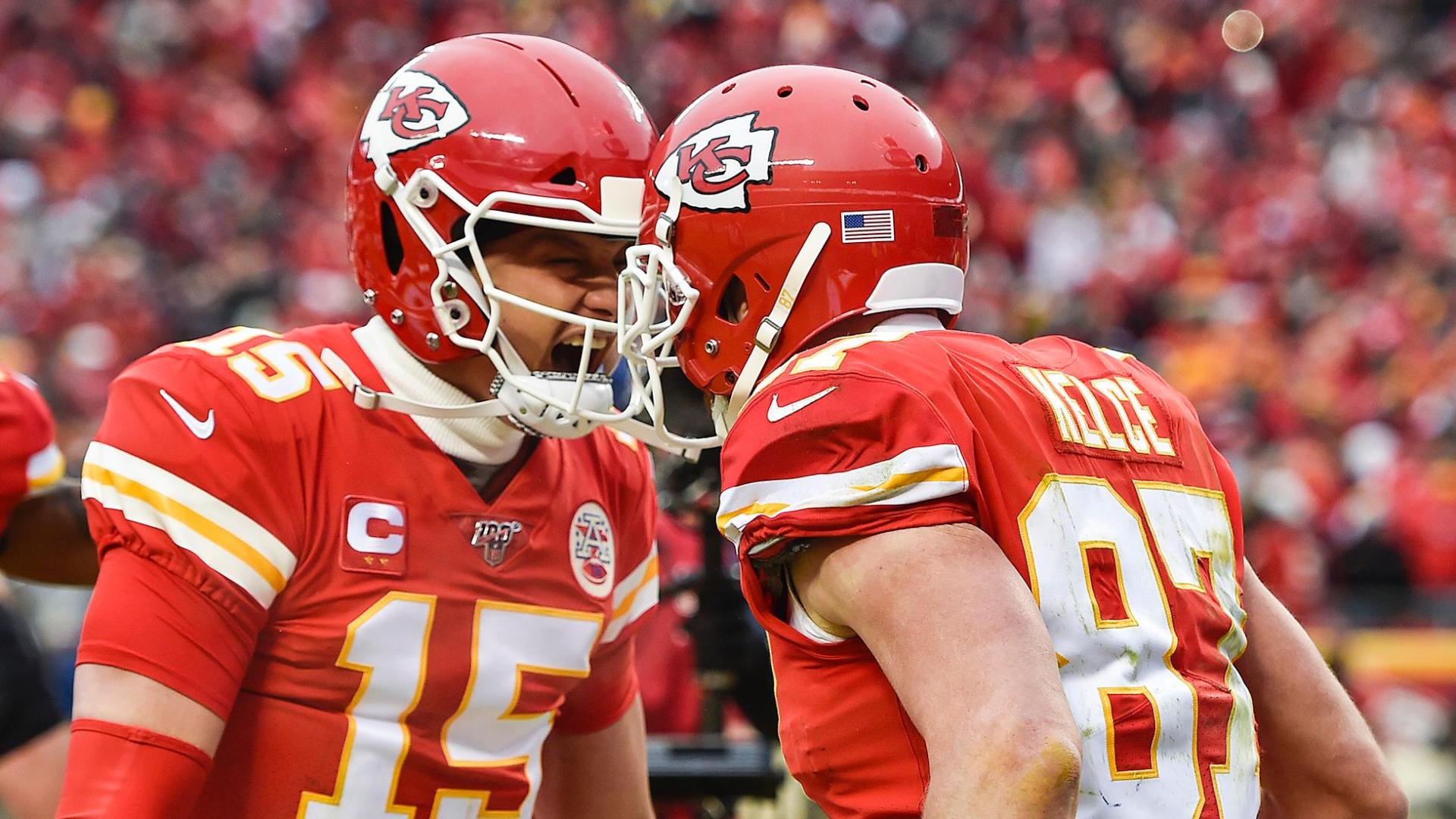 Mahomes connects with Kelce for TD
Patrick Mahomes fakes the handoff and throws to Travis Kelce for the one-yard touchdown. 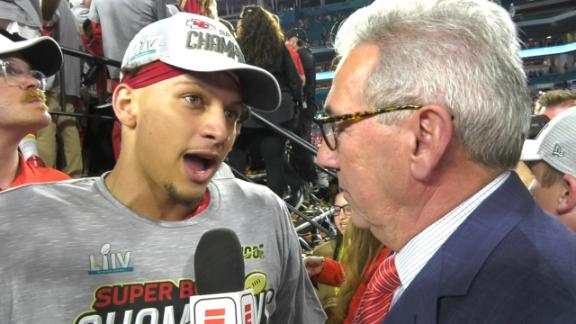 Mahomes: This win was about never giving up
Patrick Mahomes talks about his mentality to never give up and calls head coach Andy Reid one of the greatest coaches of all time.
Report a correction or typo
Related topics:
sportsespnnewssan francisco 49ersnflpatrick mahomeskansas city chiefs
Copyright © 2020 ESPN Internet Ventures. All rights reserved.
More Videos
From CNN Newsource affiliates
TOP STORIES