Payments to athletes on hold after stay granted in O'Bannon case 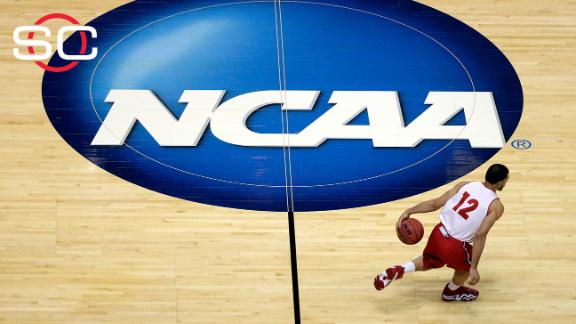 The NCAA was given a respite Friday when the 9th U.S. Circuit Court delayed the implementation of possible payments to athletes for the use of their names, images and likenesses.

The stay in the Ed O'Bannon case allows schools to withhold payments of roughly $5,000 in deferred money to football and basketball players, which were expected to begin Saturday as part of the landmark ruling handed down by U.S. District Judge Claudia Wilken last summer.

"We are pleased that the 9th Circuit today granted the NCAA's motion for stay," NCAA chief legal counsel Donald Remy said in a statement. "As a result, the NCAA will not be implementing any changes to its rules in response to the district court's injunction at this time. We continue to await the 9th Circuit's final ruling."

The decision will only stand until the appeals court rules on the full case.

A message was left by The Associated Press at the office of one of O'Bannon's attorneys.

Former UCLA basketball star O'Bannon won his antitrust lawsuit against the NCAA last August after claiming the organization was using the names, images and likenesses of college athletes to profit commercially without compensating the athletes. Wilken ruled that schools should be allowed, but not required, to offer football and basketball players about $5,000 each year in deferred payments that could be collected after a player finishes school.

The NCAA was trying to come up with a game plan to comply.

In May, Remy told The Associated Press that the NCAA was considering how to advise schools to proceed if the stay was not granted.

"Candidly, it's a difficult task," Remy said then. "There are some components that are required in the injunction that are difficult to operate with, given the way college athletics work in our conferences and on our campuses. We're in the process of trying to determine what we would need to do if Aug. 1 came around and the injunction was still in place."

The NCAA's appeal was heard in March, but there is no timetable for a decision.