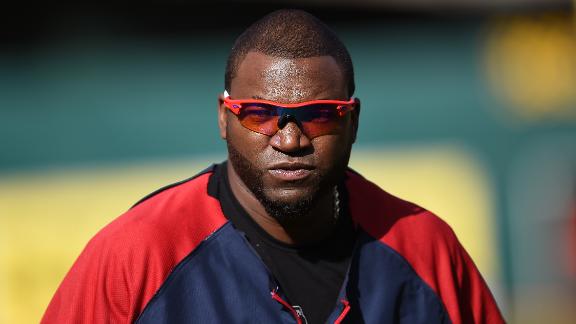 David Ortiz has defended himself in the face of rumors and innuendo about performance-enhancing drug use in the past.

On Monday night, the Boston Red Sox slugger went for the jugular.

Ortiz, in response to a segment he said he saw earlier in the day on MLB Network, called the network's commentators out for their analysis about recent comments over Orioles outfielder Nelson Cruz, after they said Ortiz might have gotten a "free pass" in MLB's Biogenesis investigation because he had been on a list of players who apparently tested positive in 2003 MLB survey testing.

Cruz was voted into next week's All-Star Game less than a year removed from a 50-game, Biogenesis-related suspension. He signed a one-year deal worth $8 million with the Orioles last offseason and this season, through Monday's games, led the majors in home runs and RBIs.

"In this country, nobody gets a free pass," Ortiz said, according to WEEI.com of Boston. "He wants to make it sound like I got a free pass because nobody can point fingers at me directly. But the reason why I got that fake [expletive] free pass that he's saying is because they pointed fingers at me with no proof.

"It's easier to do it that way than having something that they can say, 'Yes, you did this, you did that.' My [expletive], I call straight-up bull. Let me tell you. You don't get no free pass here, especially a guy like me. I don't get no free pass. That free-pass B.S. that they want to talk about over there, they can shove it up their [expletive]."

Ortiz's teammate, pitcher John Lackey, made his feelings about Cruz fairly clear after Cruz went 5-for-5 Saturday night in the second game of a doubleheader, helping the Orioles beat Lackey.

"There are some things I'd like to say, but I'm not going to. You guys [the media] forget pretty conveniently about stuff," Lackey said.

Lackey's response to reporters didn't go over well with Orioles manager Buck Showalter, who said Sunday that "everybody needs to make sure that their own backyard is clean."

It was in talking about the Lackey and Showalter comments that MLB Network commentators apparently brought up Ortiz.

"What pisses me off is the whole thing about, why does my name got to be mentioned in that? What did I have to do with that? I saw on MLB the guys talking about it, and then they brought my name up, and one of the guys said that I got a free pass on that," Ortiz said. "It was the Lackey and Showalter thing, going back and forth. Showalter didn't say anything about me."

Ortiz continued, having his say in a 317-word soliloquy to WEEI.com.

On Tuesday, Red Sox manager John Farrell stuck up for his veteran slugger.

"I will say this, the 2003 test I think that's being referred to ... I don't know how many times David has been tested since then. Whatever that number is, I'm sure it's a very high one," Farrel said. "He's tested clean every single time. It's unfortunate that the innuendo continues to follow him. He's a heckuva player, one hell of a hitter. There's no reason other than hard work and talent that's produced that."