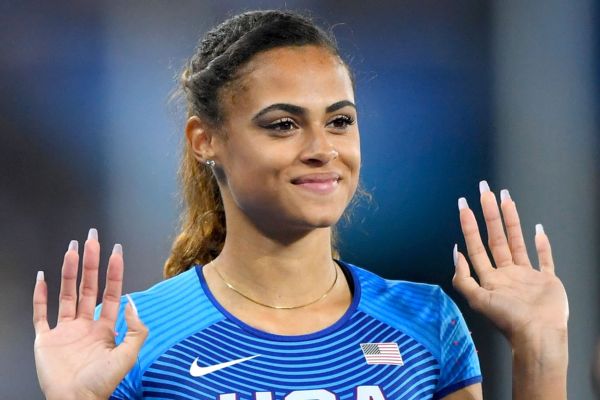 MARINA DEL REY, Calif. -- MacKenzie Gore, a pitcher drafted by the San Diego Padres, and Olympic hurdler and sprinter Sydney McLaughlin were honored as national prep athletes of the year. McLaughlin became the first two-time winner since the awards began in 2003.

They received their trophies on Tuesday night during the annual event sponsored by Gatorade at the Ritz-Carlton hotel here.

Gore, a left-handed starter from Whiteville, North Carolina, led Whiteville High to a 21-6 record and the Class 1A state championship. He was 9-0 with a 0.22 ERA and 132 strikeouts in 63 innings through 27 games. He batted .480, with six home runs, 25 RBIs and an .880 slugging percentage, while also playing the outfield and first base.

Gore was the No. 3 overall pick in last month's amateur baseball draft. The 18-year-old senior received a $6.7 million signing bonus from the Padres.

McLaughlin recently graduated from Union Catholic High in Scotch Plains, New Jersey. She will attend Kentucky in the fall.

The 17-year-old ran the 400-meter hurdles at last year's Rio de Janeiro Olympics. She finished fifth in the semifinals and didn't make the final while competing as the youngest member of the U.S. track and field team since 1980.

McLaughlin continued setting records during her senior year. She lowered her own national prep and world junior records in the 400 hurdles with a time of 54.03 seconds. She won the 400 dash in 51.88 and 200 dash in 22.96, both of which were the top times among U.S. high schoolers this year.

Her time of 38.90 in the 300 hurdles at a meet in the Los Angeles area in April set a national prep record by more than a second.

Gore and McLaughlin, along with the other nominees, will walk The ESPYS red carpet on Wednesday night and be shown during the telecast.