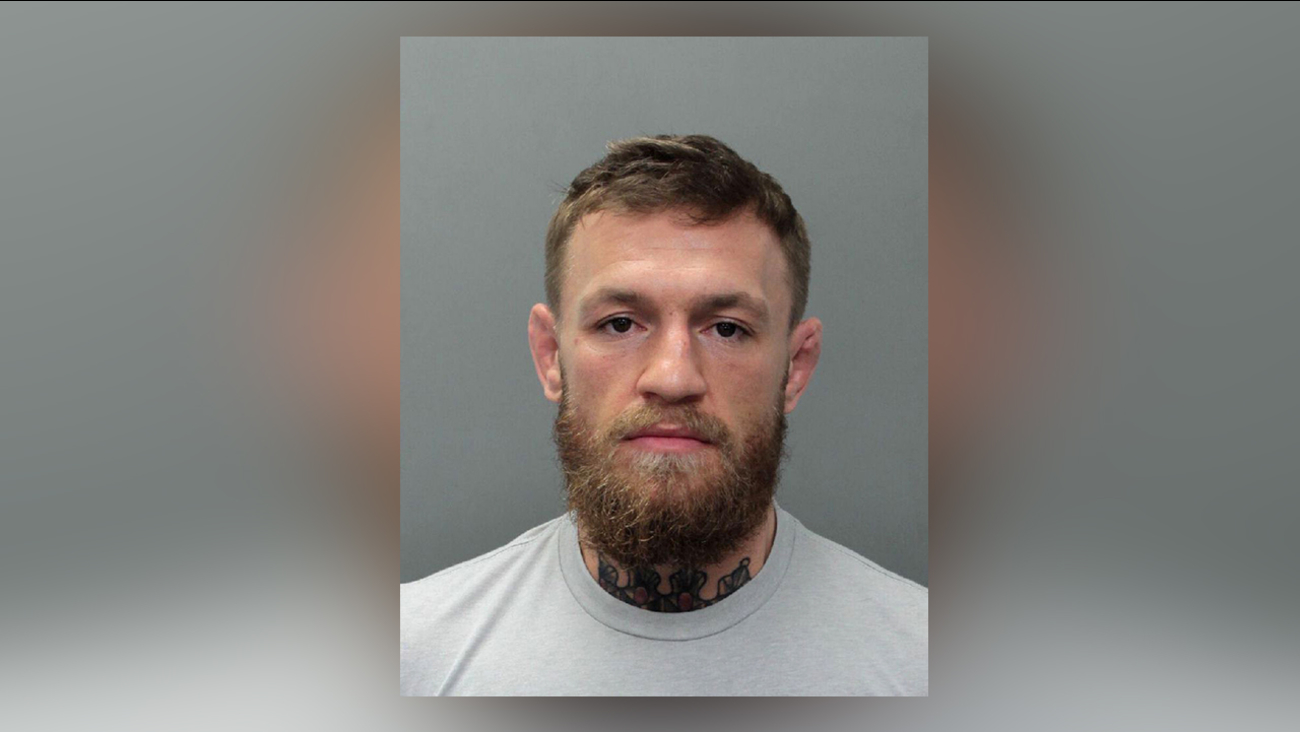 MIAMI BEACH, Florida -- Authorities say mixed martial artist and boxer Conor McGregor has been arrested in South Florida for stealing the cellphone of someone who was trying to take his photo.

According to a Miami Beach police report, the 30-year-old McGregor was arrested Monday afternoon and charged with robbery and criminal mischief.

The report says McGregor was leaving the Fontainebleau Miami Beach shortly after 5 a.m. Monday when a 22-year-old man attempted to take a picture of McGregor.

Police say McGregor slapped the phone out of the man's hand and then stomped on it several times. Investigators say McGregor then grabbed the phone and left the area. Police later found McGregor at his local address.

McGregor was being held on $12,500 bail. Jail records didn't list an attorney.

McGregor, who's from Ireland, is the former UFC featherweight and lightweight champion and one of the biggest draws in MMA. He returned to UFC last fall after a hiatus during which he made his boxing debut, a loss to Floyd Mayweather.