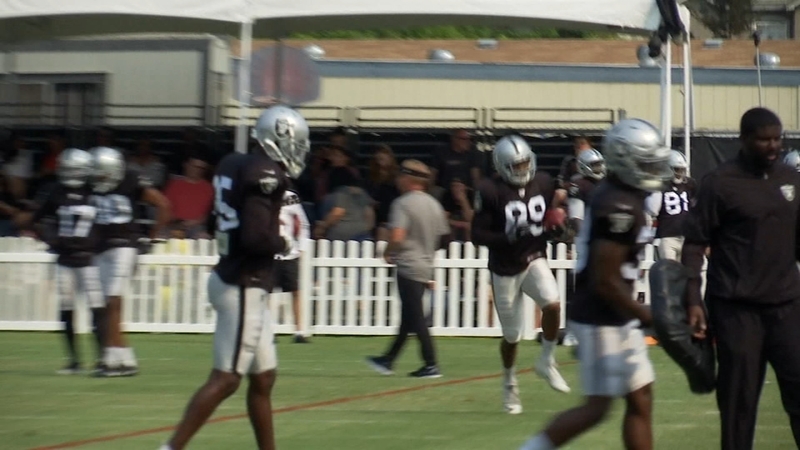 FRESNO, Calif. (KFSN) -- There was no shortage of Derek Carr fans in the stands at Raiders training camp in Napa and no lack of confidence from the former Fresno State star quarterback.

"As he (Jon Gruden) would say, he gave me the keys to the car. He likes that one a little bit and again he trusts me and that's not from anything I've done before, it's from what I've proven to him since he's been here," said Carr.

Carr enters his fifth season as the Raiders signal caller but the 2018 campaign marks the first under head coach Jon Gruden.

"I've worked with a lot of really great quarterbacks in the past but this man is as into football as anyone I've ever met. He's talented, man and smart," said Raiders head coach Jon Gruden.

The Raiders welcome in the Lions for two days of joint practices, an opportunity to play against a different team and compare notes.

"Hopefully increases everyone's intensity and focus from that standpoint. But even the veteran guys, it's good to go out and compete against someone else," said Lions head coach Matt Patricia.

"It will be good film, honestly," said Carr. "The best part about this is going out competing, doing your best. But going and studying the film and so it will be good for us, get that and see what we can do better."