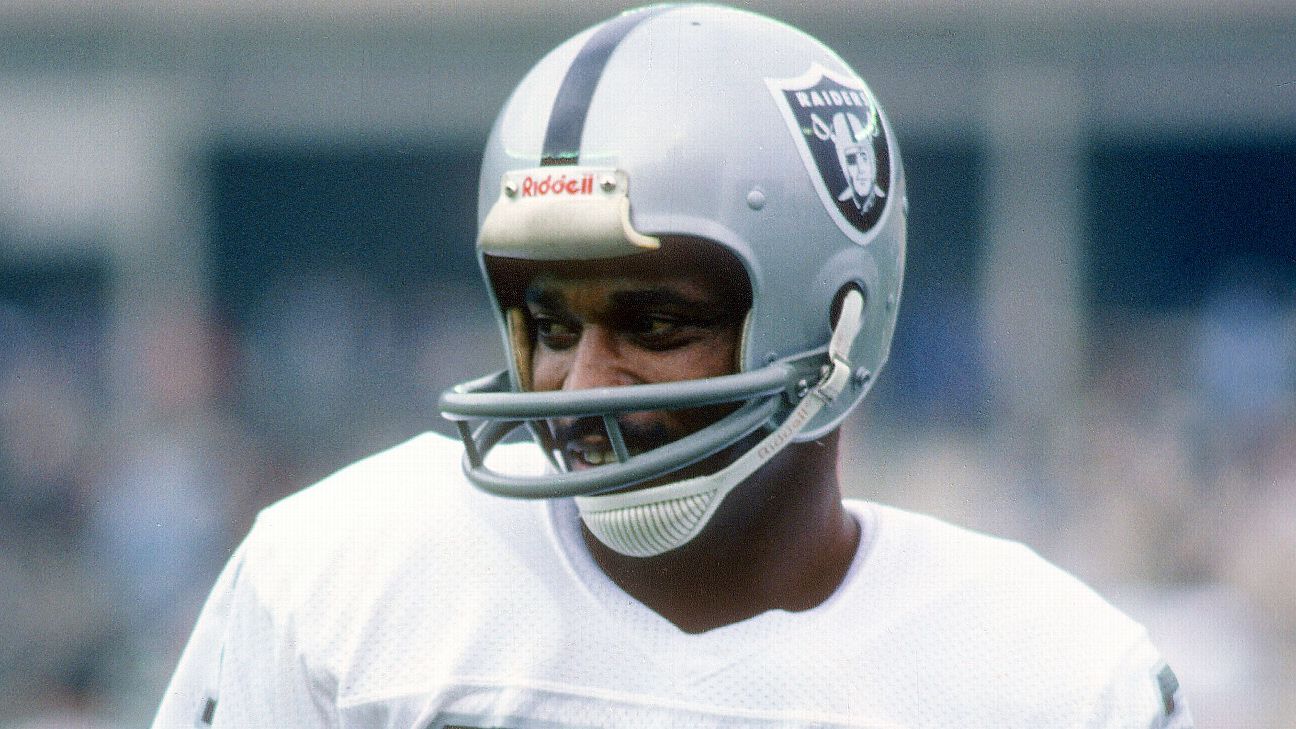 "Cliff Branch touched the lives of generations of Raiders fans," the team said in a release. "His loss leaves an eternal void for the Raiders Family, but his kindness and loving nature will be fondly remembered forever. Cliff's on-field accomplishments are well documented and undeniably Hall of Fame worthy, but his friendship and smile are what the Raider Nation will always cherish."

According to the Bullhead City (Arizona) Police Department, Branch was found dead in his hotel room Saturday afternoon. Police there said an initial investigation revealed no foul play and that Branch died of natural causes.

Raiders owner Mark Davis, who once served as Branch's agent in negotiations with his father, the late Al Davis, was particularly close with the former receiver.

"Cliff was my best friend," Davis said on the team's Twitter account. "I will miss him dearly."

Branch, with his motto of "speed kills," was the epitome of the Raiders' vaunted vertical game in the 1970s and early 1980s. A fourth-round pick in 1972 out of Colorado, where he was also a track star, Branch learned at the knee of Hall of Famer Fred Biletnikoff, referring to him as "father."

He ranks third in franchise history in receptions, receiving yards and touchdown catches, with only Hall of Famers Tim Brown and Biletnikoff ahead of him in each category.

Asked once how he progressed from track star to All-Pro receiver, Branch credited his daily opposition.

"I went through Willie Brown for seven years and then Mike Haynes for three years, and both of those guys are in the Hall of Fame," Branch said in 2014. "So going against the best defensive backs in practice every day made it easy for me on Sundays."

Branch never was more than a semifinalist for Hall consideration despite having stats comparable to or better than those of the Canton-enshrined Lynn Swann.

Branch, who ran in the International Pro Track Association and competed in Tokyo in the offseason, also said he and safety George Atkinson later took up tennis as another form of offseason work after being inspired by Arthur Ashe. Raiders coach John Madden caught them playing in training camp and scolded them, saying they were wasting their legs on tennis rather than football. But it was the other way around, according to Branch.

"Other players were sore after the first few days of training camp practices," he said. "We weren't. We were already in shape because of tennis."

Mark Davis became Branch's agent in 1979, when he negotiated with his father.

"I got kicked out of the house," Mark Davis said in 2014. "He wasn't too happy. Then, Cliff gets two touchdowns in the Super Bowl and all of a sudden I was back in the family."

Branch lost his home in the Santa Rosa, California, firestorm of 2017, escaping with only his Super Bowl rings. Destroyed in the fire was a collection of Raiders memorabilia that could have furnished a museum, Mark Davis later said.

Branch had said that he was amused with how different the game had become in recent years.