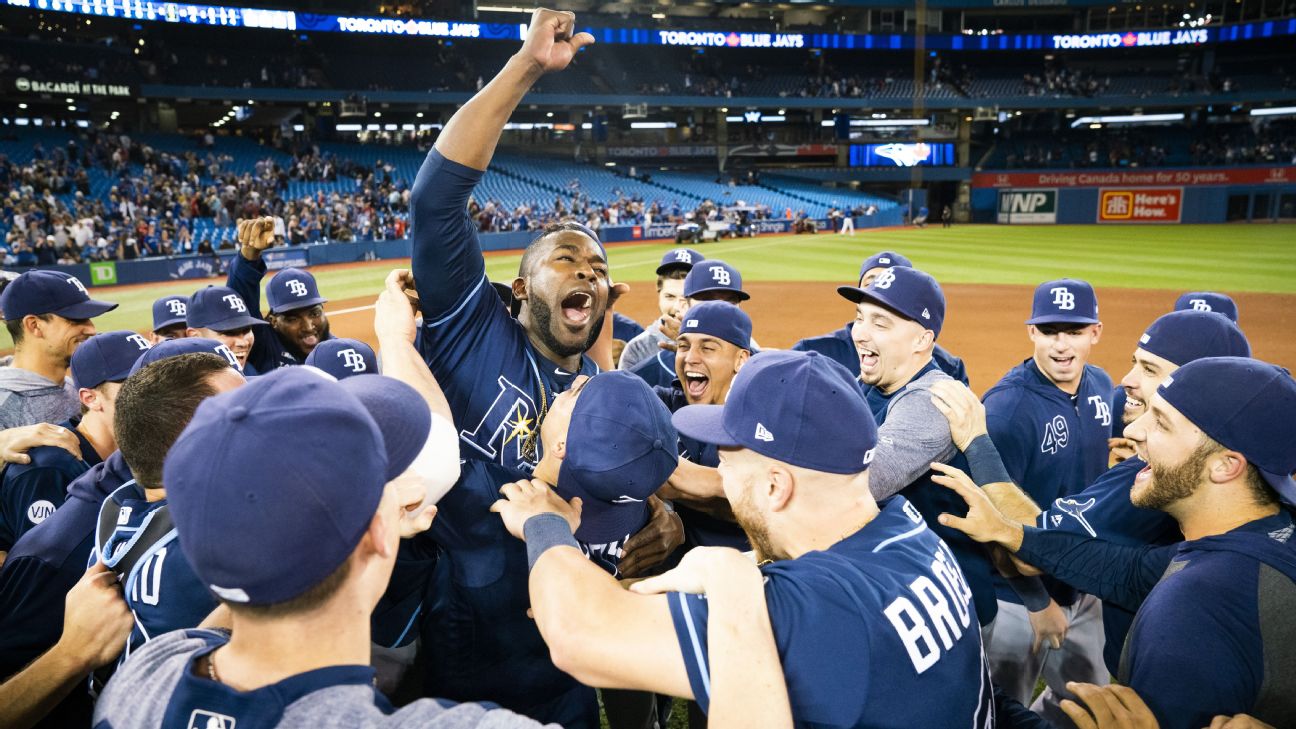 ESPN
The Tampa Bay Rays and Oakland Athletics both clinched playoff berths as the American League wild cards on Friday, filling out the 10-team field for the postseason and leaving the Cleveland Indians on the outside looking in.

The A's locked up their spot first when the Indians lost 8-2 on the road to the Washington Nationals, before the Rays joined Oakland with a 6-2 victory at Toronto.

They will face each other in the AL wild-card game Wednesday, though the right to host the game is still up for grabs this weekend. Oakland and Tampa Bay finished the night tied at 96-64 after the A's blew a one-run lead in the ninth and fell 4-3 to the Seattle Mariners. If the teams are tied at the end of Sunday's slate, the A's would be the home team after winning the season series 4-3.

"That's pretty much why we play the game is to get an opportunity to play in the postseason,'' Oakland starting pitcher Mike Fiers said. "Obviously we set our goals to win the division -- that didn't happen, but as long as we're in we have an opportunity to make some noise. We can't ask for anything more than that.''

The wild-card winner will indeed face the Astros in the division series, after Houston (105-55) secured home-field advantage throughout the AL playoffs with a 4-0 win over the Los Angeles Angels. The New York Yankees will host the Minnesota Twins to open the other ALDS.

The Astros also stayed one game ahead of the Los Angeles Dodgers (104-56), who have clinched the National League's best record and beat the San Francisco Giants 9-2 on Friday. If the Astros and Dodgers finish with the same regular-season record and meet in the World Series, Houston would host Game 1 by virtue of its superior intradivisional record.

The Rays return to the postseason for the first time since 2013, and they did it despite having the smallest Opening Day payroll in baseball at $62.1 million -- and the second-lowest home attendance at slightly under 15,000 fans per game.

They have the club's most victories since 2010 and can still equal the team record of 97 set in 2008, when they won the AL pennant.

"This organization has created a very winning culture, and there's been a little bit of a drought," fifth-year manager Kevin Cash said. "We get to hang another banner. We want to hang some more. Really happy to be a part of it."

Oakland will play in October for the second consecutive year, after falling to the Yankees in last season's wild-card game despite winning 97 games in the regular season.

A's manager Bob Melvin will pass Tony La Russa for the second-most postseason appearances in franchise history, behind only Hall of Famer Connie Mack, who took the Philadelphia A's to eight World Series between 1905 and 1931.

"This group's establishing themselves as one of the better teams in the American League, and any time you win as many games as we have, it means you had another successful season," Melvin said. "These guys are still hungry."

The Indians (93-67) failed to make the playoffs for the first time since 2015, having won the AL Central each of the past three years. But their third consecutive loss Friday, following two defeats to the Chicago White Sox this week, sealed their fate this season.

Asked what he could have done differently with his team struggling down the stretch, manager Terry Francona said, "Whatever you can do, I didn't do it right.

"You try to be there for guys, not just through the good times, but when it's difficult. When I say we win and lose together, I actually mean it. They're not just our guys when they play great. When it's hard like tonight, it's us. We'll hurt together."

Cleveland is only the sixth team with at least 93 wins to miss the playoffs since the introduction of the wild card in 1994 and the first since the franchise won 93 games but fell short in 2005.

"We did the best we could, and sometimes things happen, and you've got to accept that and move on,'' outfielder Oscar Mercado said. "Obviously we're not going to say we're content, because the ultimate goal here is to win and be in the playoffs. But we just have to accept it and understand that we did the best we could and be able to sleep at night knowing that.'' 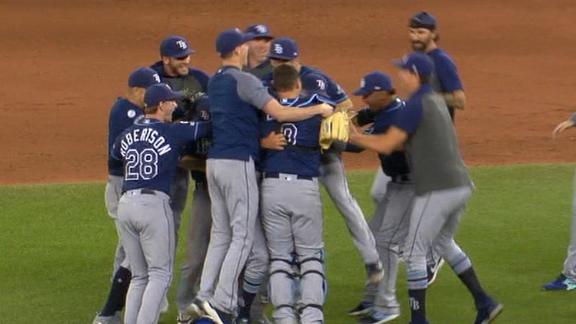 Rays clinch 5th playoff berth
The Rays are headed to the playoffs for the first time since 2013 after defeating the Blue Jays. 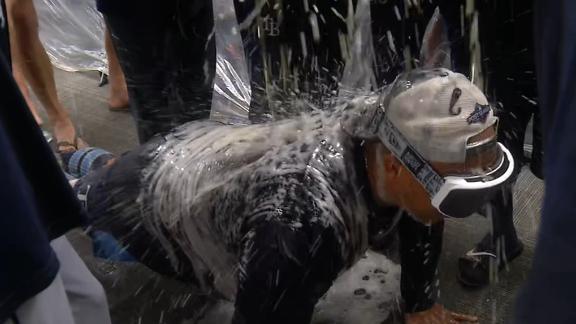