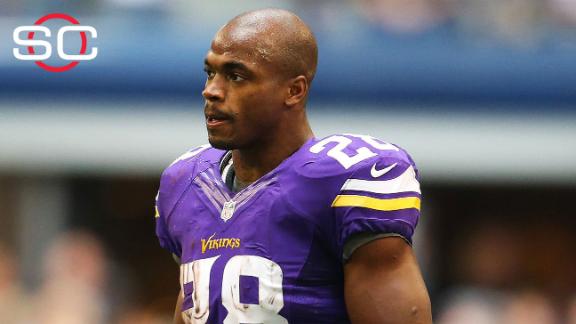 MINNEAPOLIS -- Adrian Peterson is back with the Minnesota Vikings.

The 2012 NFL MVP joined the Vikings for organized team activities Tuesday, ending an absence from the team that stretched nearly nine months, back to when Peterson was indicted on Sept. 12 for injuring his child while disciplining him with a switch.

"I'm returning because I want to. I'm a part of this football team and I owe it to the guys I play with and to our coaches," Peterson wrote Tuesday morning in an email to ESPN. "I was planning on coming in this week, and I'm looking forward to getting back on the field. It's what I love to do."

Peterson had harbored reservations about returning to the Vikings after missing 15 games last season, telling ESPN in February he believed the team had not sufficiently supported him through his legal troubles and that his family had concerns about returning to Minnesota.

He also said in February that he was stung by Governor Mark Dayton's comments in September requesting that the Vikings have Peterson taken off the field after the indictment. Peterson's agent, Ben Dogra, said in March that he believed it was in Peterson's "best interests" to play elsewhere.

The Vikings, however, maintained they would not trade Peterson, and he decided to return to the team after talking with coach Mike Zimmer.

The Vikings have not yet reworked Peterson's contract, but it seemed over the weekend as though the running back was considering a return to the Vikings after his conversations with Zimmer. He boarded a flight to the Twin Cities on Monday and was ready to rejoin the team on Tuesday morning.

A league source told ESPN that the Vikings have not given Peterson any assurances about restructuring his contract to include any guaranteed money, and Peterson declined to discuss any specifics related to his deal.

"I'll leave those discussions to my agent, but any player wants to guarantee his future as much as possible," Peterson said. "I'm focused on what I need to do on the field, what I need to do to prepare for the season."

Peterson's contract calls for him to earn a $250,000 workout bonus if he participates in all of the Vikings' OTAs and minicamp. The Vikings could decide to pay Peterson the bonus this year even though he did not attend the first week of Vikings OTAs, and they have given Peterson his workout bonus in two of the past three seasons even though he's missed some OTAs.

The return of Peterson, who will join second-year quarterback Teddy Bridgewater, could transform the Vikings into a trendy playoff pick in 2015. The Vikings won five of their final nine games last season, finishing 7-9 despite also losing two starting offensive linemen to season-ending injuries.

Now Bridgewater has an offense that includes Peterson, Mike Wallace, Kyle Rudolph, Charles Johnson and Cordarrelle Patterson among its weapons, and the Vikings had the league's 11th-best scoring defense under Zimmer in 2014.

Peterson posted 93 combined rushing and receiving yards in his only game for the Vikings in 2014 but had said before the season he'd been waiting for an offense like coordinator Norv Turner's scheme his whole career.

According to the Elias Sports Bureau, the most single-season rushing yards by a 30-year-old running back after playing one or fewer games in the previous season was 1,206 by Garrison Hearst in 2001.

The Vikings' offense shifted once Bridgewater took over as the starting QB in Week 3 -- Matt Asiata and Jerick McKinnon logged more shotgun carries (114) than Peterson had his entire career, according to ESPN Stats & Information -- but Peterson sounded eager to add his presence to the Vikings' repertoire.

"I know what kind of offense Norv Turner runs, and this year there was a lot of production out of the shotgun formation with the passing game and the running game," Peterson said. "I feel like I bring a different dynamic to the back end and with that it will allow for different formations to be presented that will allow the quarterback to be comfortable."

And the Vikings, who are set to move into a new stadium in 2016, can once again envision Peterson playing for them in their new billion-dollar home.

"I've been watching this game from the sidelines for far too long," Peterson said. "My teammates and coaches are important to me. Those relationships matter, and I owe it to those guys. I knew I wanted to come in this week. I had a family obligation last week but I'm ready to put on a Vikings uniform again and get back to work." 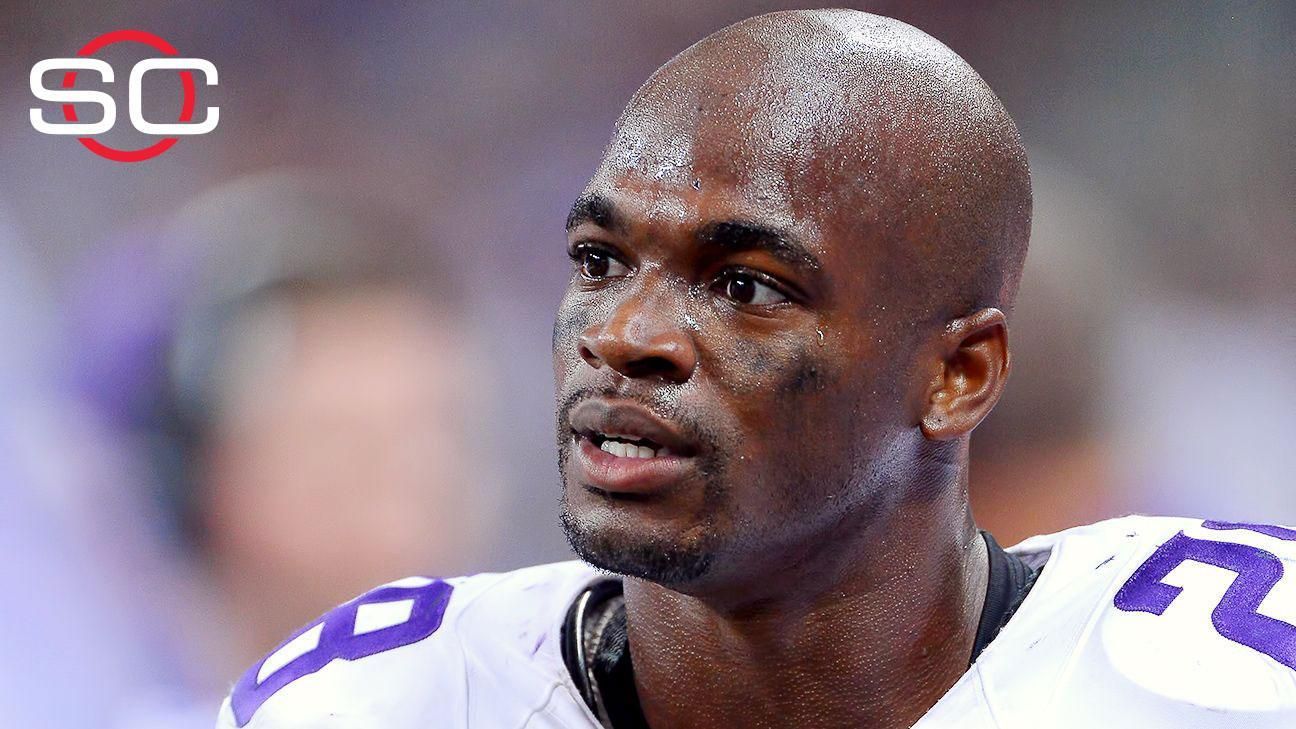