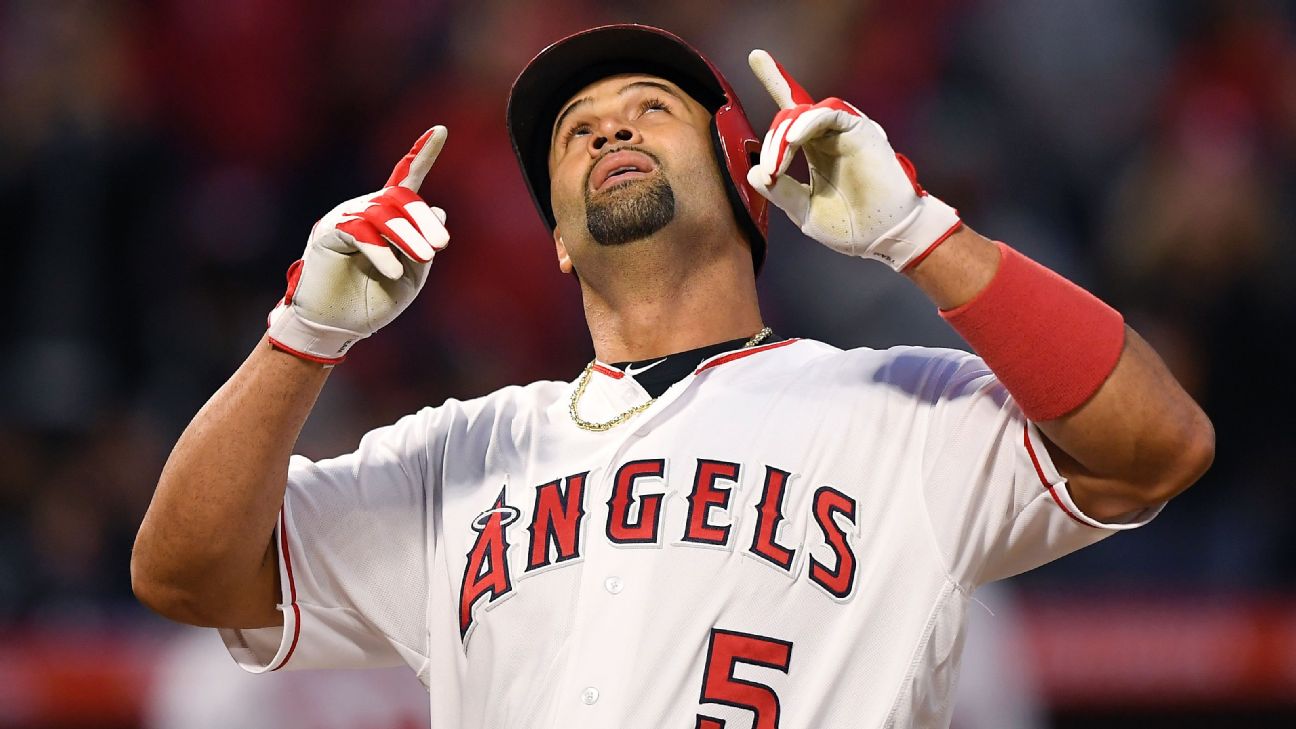 Albert Pujols is giving back to his team and his native Dominican Republic.

According to the Los Angeles Times, the veteran Angels slugger is covering $180,000 in salary lost by staff members of the team in the Dominican who were furloughed because of the coronavirus pandemic.


The gesture will cover about five months' salary for the employees, according to the report.

The Angels had announced last month that they would furlough nonplaying employees across nearly every department of the organization beginning in June.


According to the Times, the Angels' academy in Boca Chica was hit especially hard by the furloughs, with close to 90% of employees there temporarily losing wages. That led Pujols to ask Angels general manager Billy Eppler how he could help, according to the newspaper.