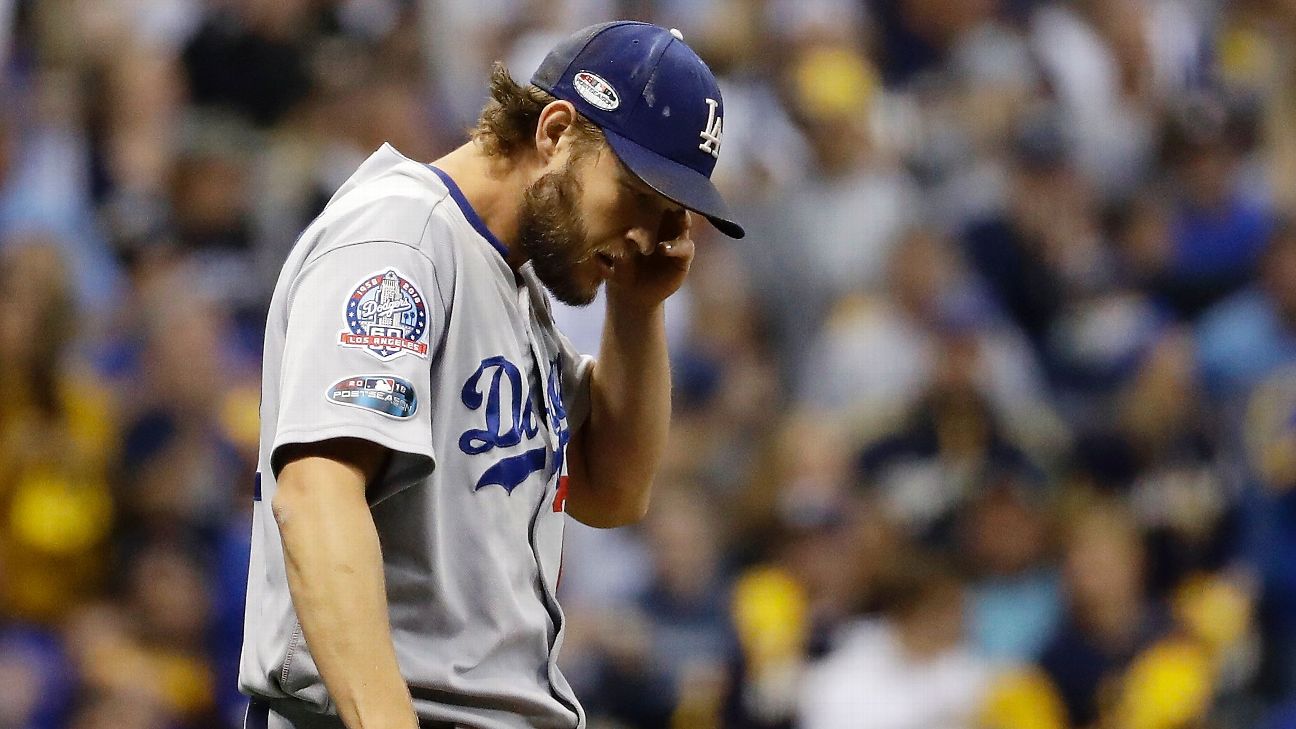 Kershaw has been slowed by shoulder inflammation this spring and has yet to pitch in an official Cactus League game. He has been throwing, however, completing a bullpen session without any issues as recently as Sunday.

Kershaw, who turns 31 on Tuesday, was looking to extend his franchise record to a ninth consecutive Opening Day start on March 28 against Arizona.

Asked last week if making a ninth straight Opening Day start mattered to him, Kershaw said, "Yes and no."

Yes because he would like to keep his streak active. No because he understands the importance of avoiding further setbacks.

The team has not announced a starter for the opener, but Roberts did say it will not be Walker Buehler because his rest days don't line up.

Buehler has also had a sore shoulder and is scheduled to make his first Cactus League appearance Tuesday, when he's set to throw three innings against the Cleveland Indians. He has been brought along slowly this spring after a heavy workload in his rookie season.

Increasingly, it appears that left-hander Rich Hill will get the ball against the Diamondbacks on Opening Day.

"We're kind of honing in on it,'' Roberts said. "It is kind of the process of elimination. We're not prepared to say who it is, but we're getting pretty close.''
Report a correction or typo
Related topics:
sportsespnmlbclayton kershawlos angeles dodgersespnw sports
Copyright © 2020 ESPN Internet Ventures. All rights reserved.
More Videos
From CNN Newsource affiliates
TOP STORIES