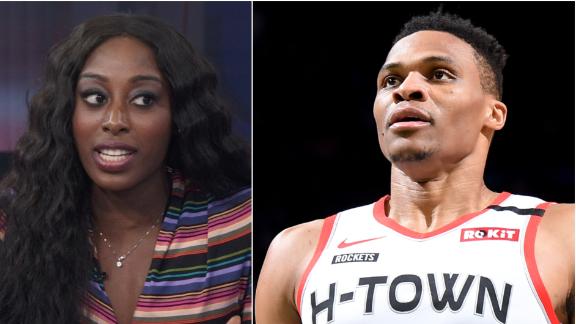 The title of hottest team in the NBA gets passed around like a hot potato, rarely lingering with one squad long enough for the league to establish a clear view on who is most ascendant.

The Houston Rockets and Milwaukee Bucks were running equally hot before both lost on the road Monday, with Houston suffering a surprising setback at the New York Knicks while the Bucks lost for the second time this season to the Miami Heat. Those results shifted the spotlight to the Los Angeles Clippers, who extended their winning streak to five with a 109-94 victory Tuesday at Oklahoma City.

The Clippers will seek to extend that streak to six on Thursday night in Houston against the Rockets.

They will have a difficult time making up the six-game deficit in the loss column to the Los Angeles Lakers for the top spot in the Western Conference, but now that they are healthy with their talented roster intact, the Clippers appear as dangerous as most everyone predicted when they added forwards Kawhi Leonard and Paul George last offseason.

"It's been great," Leonard said of recent results. "Knowing we're healthy, we're a tough ballclub. And it's just only going to make us better getting used to each other out there on the floor, knowing each other's spots, hearing each other's voices. We're just going to keep getting better."

Contemplating the Clippers' ceiling must be a daunting exercise for the rest of the league. Even with Leonard and George having missed a combined 35 games, with guard Patrick Beverley having played in just 45 of 61 games and with Marcus Morris being only nine games into his tenure, the Clippers are one of just three teams to rank in the top five in both offensive and defensive rating (they are fifth in both), joining the Bucks and Lakers with that distinction.

During their winning streak, the Clippers own a plus-16.5 net rating. That figure, even if the sample size is small, offers a clear indication of their viability as a championship contender.

Before stumbling against the Knicks, Houston looked the part of a contender as well, with their small-ball lineup yielding telling February results against the Lakers, Boston Celtics (twice) and Utah Jazz. The Rockets featured a dangerous offense prior to their removal of the traditional center from their lineup, and little has changed now that they spread the floor better than any team in the NBA.

What's different is how the Rockets have performed defensively, ranking 10th in efficiency over the past 15 games. That figure includes the debacle at Madison Square Garden, where the Rockets looked complacent for the first time in weeks and were punished for their lethargy.

"We had a letup," Rockets guard James Harden said. "We weren't consistent with our defensive principles throughout the course of the game, and we paid for it. Simple."

Houston is 2-1 versus the Clippers this season and led by five points inside the final minute of a 122-119 loss at Staples Center on Nov. 22.

Why Rockets' small ball is high risk and high reward
Chiney Ogwumike breaks down why the Rockets' small ball is rewarding but wonders if it can translate in the playoffs.
Report a correction or typo
Related topics:
sportsespnhouston rocketsla clippersnba
Copyright © 2020 ESPN Internet Ventures. All rights reserved.
More Videos
From CNN Newsource affiliates
TOP STORIES