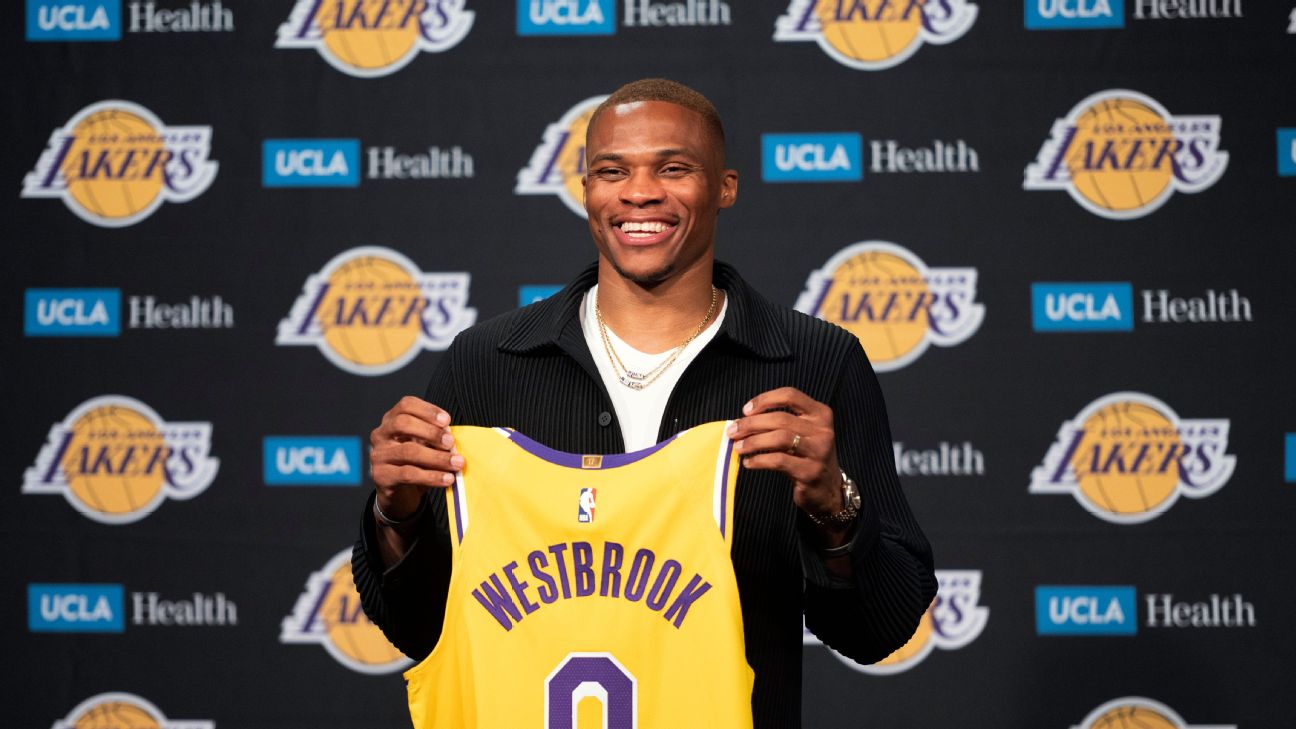 In honor of Lakers Day at Dodger Stadium, the newLos Angeles Lakers guard continued his homecoming by tossing the first pitch for the Los Angeles Dodgerson Sunday. The New York Mets defeated the Dodgers 7-2.


A Long Beach, California native, Westbrook recently returned to his roots thanks to a trade from the Washington Wizards, who acquired Kyle Kuzma,Montrezl Harrell,Kentavious Caldwell-Popeand a first-round pick in exchange for the 2016-17 NBA MVP. Today marked the first time the 32-year old Westbrook tossed out the first pitch for his hometown team. He was drafted fourth overall in 2008 after spending two seasons with the UCLA Bruins, with whom he earned third-team All-Pac-10 honors and was named Pac-10 Defensive Player of the Year.

The NBA's all-time leader in triple-doubles (184) spent 11 seasons with the Oklahoma City Thunder before one-year stops with the Houston Rockets and Wizards. Westbrook has made the playoffs in each of the past six seasons.

It's only right for the defending World Series champions to invite Los Angeles' newest star to scratch another athletic feat off his bucket list.

Prior to the game, Westbrook caught up with Dodgers All-Star right-fielder Mookie Betts. The latter won his second career World Series ring last year with the Dodgers after winning his first with the Boston Red Soxin 2018.

According to Elias Sports Bureau research, Betts became only the fourth athlete in MLB, NBA, NFL or NHL history to win a title with both Los Angeles and Boston-based teams. Westbrook and Betts have combined for two league MVP awards and 14 All-Star selections over their respective careers.


Interestingly enough, Westbrook isn't the only active Laker to toss a first pitch for the Dodgers.

No, not LeBron James.

Westbrook joins the Lakers seeking his first NBA championship. Los Angeles was eliminated in the first round of this year's NBA Playoffs after winning its 17th title in 2020, tying the Boston Celtics for the most in NBA history. 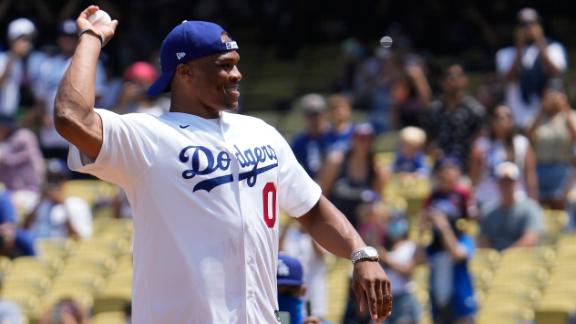