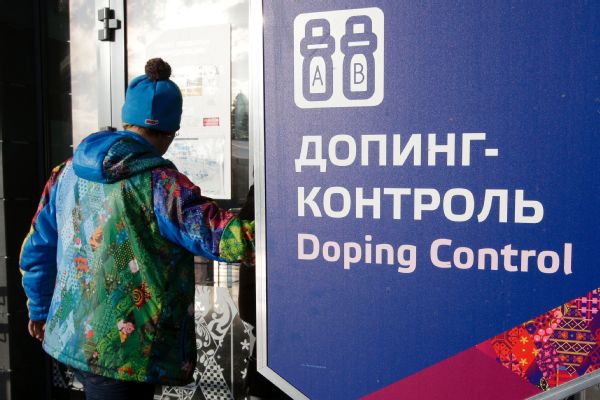 Russian officials issued a statement on Wednesday, backtracking on admissions of state-sponsored doping orchestrated at the highest levels that involved hundreds of the country's athletes and tainted some of the world's most exalted international sporting events.

Over several days of interviews withThe New York Times, Russian officials were asked whether they still disputed credible evidence of a systematic, organized doping program for Russian athletes centered on the 2014 Winter Games in Sochi. In the Times story published on Tuesday, officials said they could no longer do so.

"It was an institutional conspiracy," Anna Antseliovich, the acting head of the Russian anti-doping agency (RUSADA), told the newspaper of a program that included cover-ups of positive tests across dozens of summer and winter Olympic sports.

On Wednesday, RUSADA issued a statement sayingAntseliovich was misquoted and that her words were taken out of context. New York Times reporter Rebecca Ruiz tweeted that the newspaper stands by its story and that "all quotes in our story today are accurate."

"In response to the article published in 'The New York Times' newspaper, 'RUSADA' states that its Acting Director General A.A. Antseliovich has been misquoted and her words were taken out of the context," the RUSADA statement said. "During the conversation between A.A. Antseliovich and the journalist Rebecca Ruiz, the Acting Director General pointed out that in the second part of his report published on December 9, 2016, Richard McLaren no longer used the words 'state-sponsored system of doping' and instead referred to 'institutional conspiracy' thereby excluding potential involvement of the top country officials. Unfortunately, Ms. Ruiz, by taking the words out of the context, created an impression that RUSADA management admits to the existence of such institutional conspiracy of doping cover-up in Russia. We would like to stress that RUSADA has no authority to admit to or deny any such fact, since the investigation of the case is handled by the Investigative Committee of the Russian Federation. In addition, we would like to stress that RUSADA firmly believes that every accused athlete has unalienable right to challenge the accusations."

The Times report also detailed howa lab director at the Olympics had tampered with urine samples from top Russian athletes to beat the drug-testing system and that athletes had received cocktails of performance-enhancing drugs. The report provided further corroboration by Russian officials of the manipulation of doping samples in Russia by members of the Federal Security Service and years of cover-ups involving top athletes using banned substances as ordered by a deputy sports minister.

Russian officials have long denied that they were involved in state-backed doping and cover-ups, despite a World Anti-Doping Agency report by Canadian lawyer Richard McLaren that accused Russia's sports ministry of overseeing a vast doping conspiracy involving the country's summer and winter sports athletes.