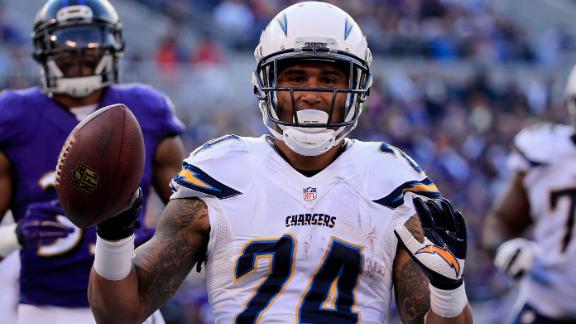 Mathews will help fill the void left by the Eagles' trade of running back LeSean McCoy to the Buffalo Bills. The team thought it had an agreement with Frank Gore earlier this week but theSan Francisco 49ers running back changed his mind and instead signed a three-year deal with the Indianapolis Colts.

Mathews had his best season in 2013, playing a full, 16-game season for the first time and finishing with a career-high 1,255 yards.

However, injuries plagued the Fresno State product in 2014, as he only played six games and was limited to 156 snaps on offense due to knee and ankle injuries. Mathews finished with 380 yards and three touchdowns in 2014, averaging a team-high 4.5 yards per carry.