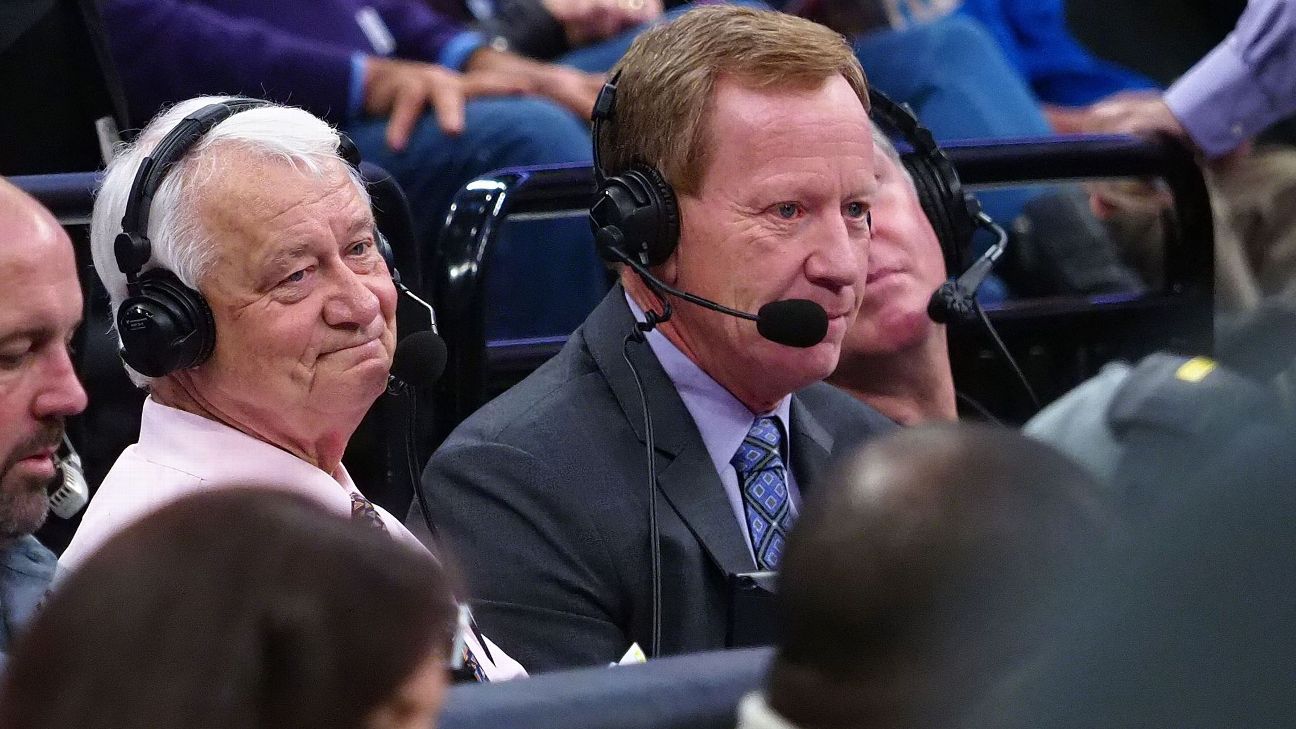 Longtime Sacramento Kings play-by-play announcer Grant Napear has resigned after tweeting "ALL LIVES MATTER" on Sunday in response to a question about Black Lives Matter.

"I want to thank the fans for their overwhelming love and support," Napear said in a statement Tuesday. "I will always remain a part of Kings nation in my heart."


Napear, who had called games for the Kings since 1988, was answering a question from former Sacramento star DeMarcus Cousinsaskingfor his opinion on Black Lives Matter.

"Hey!!!! How are you? Thought you forgot about me," Napear responded. "Haven't heard from you in years. ALL LIVES MATTER...EVERY SINGLE ONE!!!"

Napear later apologized, telling The Sacramento Bee on Monday that he is "not as educated on BLM as I thought I was."

The tweet Sunday came as protests raged across the country following the death of George Floyd. Floyd, a black man, died last week in Minneapolis after Derek Chauvin, a white police officer, kneeled on his neck for more than eight minutes.


"I had no idea that when I said 'All Lives Matter' that it was counter to what BLM was trying to get across," Napear said.

He also issued an apology on Twitter, writing in response to another user, "If it came across as dumb I apologize. That was not my intent. That's how I was raised. It has been engrained in me since I can remember. I've been doing more listening than talking the past few days. I believe the past few days will change this country for the better!"

Napear also was fired Tuesday from Sports 1140 KHTK, where he hosts a radio show with former Kings player Doug Christie.

"The timing of Grant's tweet was particularly insensitive," Bonneville International, the media company that owns the station, said in a statement Tuesday. "After reviewing the matter carefully, we have made the difficult decision to part ways with Grant."