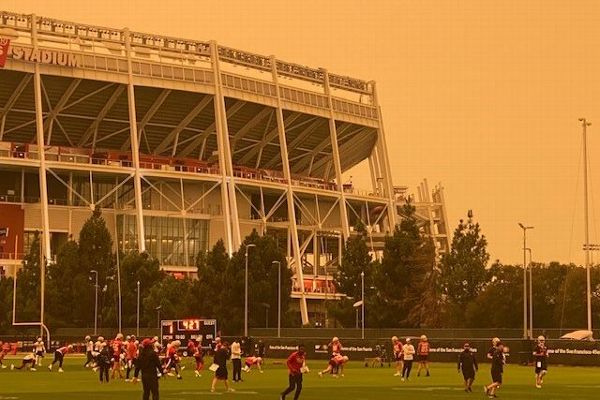 SANTA CLARA, Calif. -- As air quality index levels have continued to rise in the Bay Area, the San Francisco 49ers remain hopeful that they'll play Sunday's game against the Arizona Cardinals at Levi's Stadium as scheduled.

The Rams are continuing to monitor the air quality forecast in Los Angeles with their Sunday night opener against the Dallas Cowboysat SoFi Stadium approaching, and "all indications are positive" that the game will be played, COO Kevin Demoff said Saturday.


After practicing under what 49ers coach Kyle Shanahan called "apocalyptic" skies on Wednesday, questions began to arise about whether the Niners and Cardinals would be able to play on Sunday because of the air quality. An NFL spokesman said Friday the league is continuing to monitor the situation.

The air quality in California has been compromised because of wildfires along the West Coast, particularly in Northern California. The air quality has gotten worse over the past couple of days, and the 49ers practiced Friday with an air quality above 150, according to Shanahan.

That falls below the threshold of 200 that would have required the team to cancel or postpone practice but was unhealthy enough that running back Tevin Coleman was held out of the session because of a preexisting condition (sickle cell trait) that could be affected by the air quality.

"We would have [altered the schedule] if it got to 200, but it didn't, so people with preexisting conditions, they couldn't practice with it being just past 150," Shanahan said. "If it happens Sunday, my understanding is if it gets to 200, that's when the NFL will start really discussing what to do with the game. ... Hopefully it won't get there, hopefully it will be safe, but we've got to see what the wind does."

Sunday's season opener is scheduled to kick off at 4:25 p.m. ET, assuming the NFL doesn't determine a change in location and/or timing is needed.

According to NFL protocols, the league operations department will monitor the website AirNow.Gov, which provides real-time AQI data in conjunction with the Environmental Protection Agency, and consult their contracted weather services and agencies for hourly AQI measurements. The operations department also keeps in touch with the NFL's chief medical officer to understand potential health implications of playing in those conditions.

The air quality index levels in Los Angeles were hovering around 150, according to AirNow.Gov.


Any decision on postponing or changing the plan for the game ultimately comes down to the NFL, the 49ers and local authorities finding what the league calls "definitive evidence that the AQI will remain consistently above 200 for a significant period of time, including the day of the game in the affected stadium."

Should the parties find evidence of that possibility, there are multiple contingency plans that could be explored. Among them: moving the game to a different time on Sunday or, possibly, Monday night, as well as moving the game to a new venue. The Cardinals' home at State Farm Stadium is hosting an "RV Super Show" that is slated to run through Sunday.

As for the Rams, it's uncertain when the game would be rescheduled if a cancellation occurred.

Shanahan said he is unsure of the contingency plans, which are handled by other team and league personnel.

"I don't try to worry about things I'm not involved in, so I'm just trying to get our team ready to play this game," Shanahan said. "I'm sure that the NFL has had discussions with other people, not any coaches, not [Arizona's] Kliff [Kingsbury] or I, so we're just getting ready for this game. If it is at 200, I know that's when they'll decide whether we play or not and how to go forward with that."

If the game does go on as planned, players such as Coleman could still have a decision to make. If the air quality is still in the 150-plus area, the game would still be considered hazardous for players with preexisting conditions.


"That's why he didn't go out there today," Shanahan said. "Just taking a precautionary decision to help him for Sunday. I know when it is up to 150 that's when it can affect people with different conditions, so that's something that Tevin, it will be a personal decision when he gets there. It's not just an automatic no. ... That's stuff you have got to discuss with the doctor and be comfortable with."

The Cardinals, meanwhile, are "definitely monitoring the situation" in Santa Clara from their facility in Tempe, Arizona, Kingsbury said.

He said that owner Michael Bidwill, general manager Steve Keim and the team's football operations department are the ones responsible for that, "talking through things and kind of seeing where it's all at."

However, Kingsbury said he does not know the options available should the game have to be moved.

While citing player safety as the priority for both teams, Kingsbury said, "I'm sure that discussions are going on right now to figure out the best and safest option. I don't know what that would be at this point, but I'm sure they'll come to a good place." 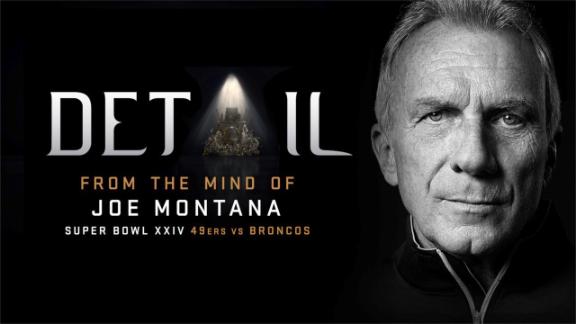