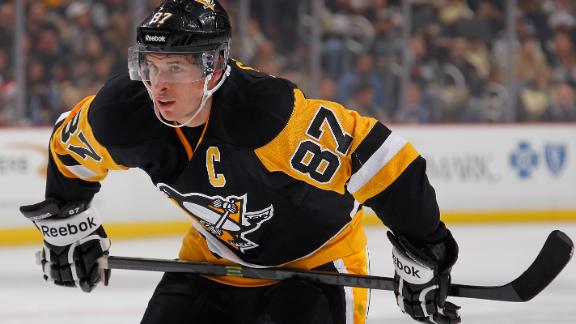 Penguins captain Sidney Crosby, who had missed three games after being diagnosed with the mumps, returned to the lineup Thursday night for Pittsburgh's 1-0 overtime win over Colorado.

The team officially announced the move less than an hour before faceoff.

Crosby participated with the team during the morning skate Thursday. He was diagnosed last weekend and had spent several days in isolation and was cleared to practice Wednesday.

Goaltender Marc-Andre Fleury started for the Penguins -- and stopped 29 shots, registering his sixth shutout of the season -- after a test for the mumps came back negative. The team is still awaiting test results for defensemen Olli Maatta and Robert Bortuzzo.

Penguins forward Beau Bennett is out indefinitely after testing positive for the virus Monday. Also diagnosed with the disease is a Penguins intern working with the radio broadcast crew, a team source told ESPN.

Penguins Win In Crosby's Return
The Penguins beat the Avs 1-0 in overtime in Sidney Crosby's return from the mumps.