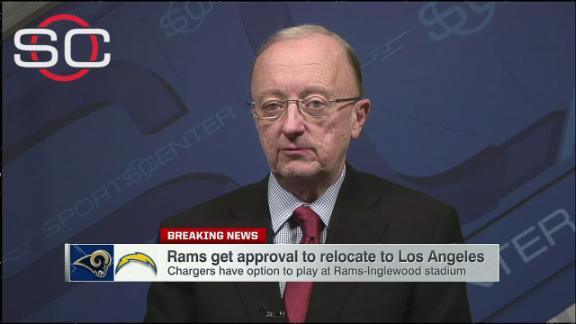 The Chargers believe the proposal for them to join the Rams in Los Angeles has doable components that could result in them moving to the nation's second-largest market as early as this year, a source close to the situation said.

League owners voted 30-2 on Tuesday night to approve the Rams' application to move from St. Louis to Los Angeles. As part of the approval, the Chargers were given the option to join the Rams in a proposed $2.7 billion stadium/campus project that Rams owner Stan Kroenke plans to build about 10 miles from downtown Los Angeles.

It initially was uncertain whether Chargers owner Dean Spanos would seriously consider the offer because of bad blood between him and Kroenke, stemming from Kroenke's purchase of the 60-acre parcel at Hollywood Park in Inglewood, site of his proposed stadium and NFL village.

But with his only alternative being a return to San Diego, where for 14 years he has been unable to get traction on a new stadium to replace dilapidated Qualcomm Stadium, Spanos is said to be seriously considering the Los Angeles proposal, in part because the league would supervise negotiations between the two teams to ensure that the deal is fair to both sides.

The Chargers have a yearlong option to join the Rams, followed by the Oakland Raiders if the San Diego franchise declines.

Spanos and Raiders owner Mark Davis had applied to move to nearby Carson, California, where they proposed building their own state-of-the-art facility. But that project was voted down Tuesday night, setting the stage for a potential Rams-Chargers venture.

If Spanos wants to move to Los Angeles this year, he will have to move relatively quickly. For one, he has to notify the city of San Diego between Feb. 1 and May 1 whether he will renew the team's year-to-year lease. Also, the league year begins March 9, and the Chargers will have a tough time signing free agents if it's uncertain where they will be playing.

San Diego's mayor, meanwhile, said Wednesday the city is looking for a fresh start with the team.

Mayor Kevin Faulconer left a message for Spanos on Wednesday, inviting him back to the negotiating table.

"I indicated I'm looking forward to the opportunity to get together and discuss things positively and collaboratively," Faulconer said at a news conference at City Hall, where he was joined by County Commissioner Ron Roberts and City Attorney Jan Goldsmith. 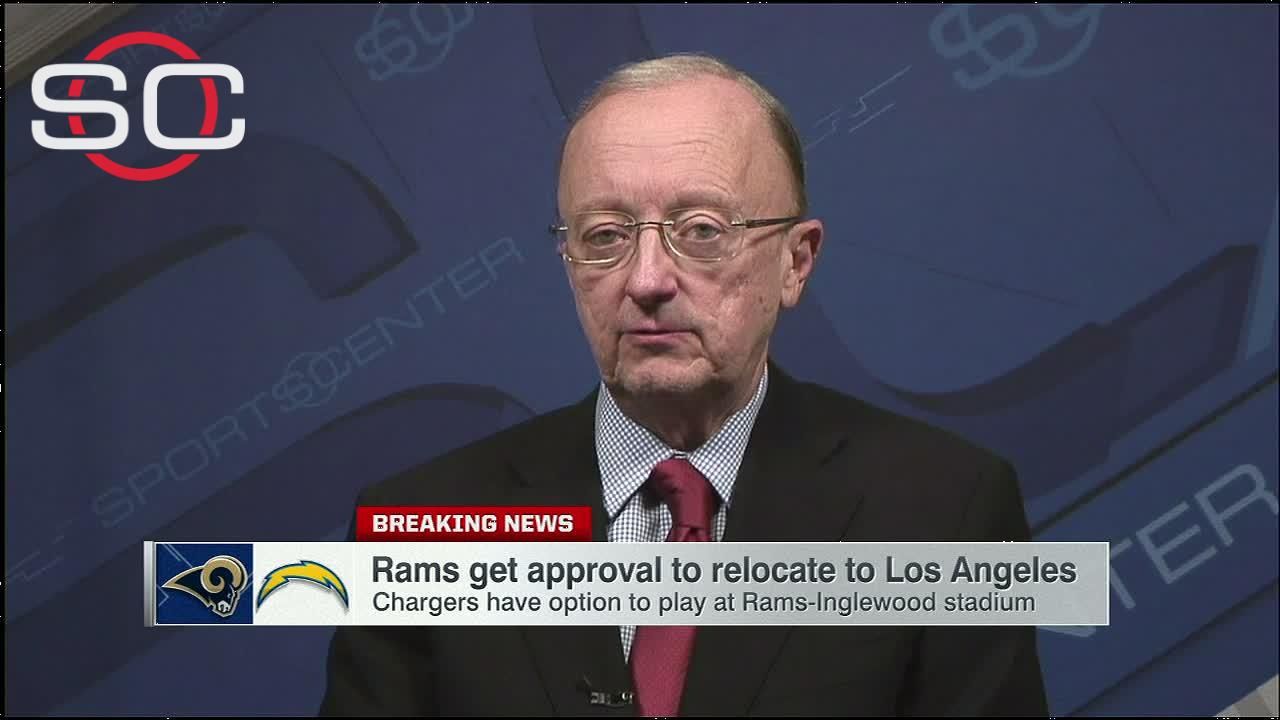