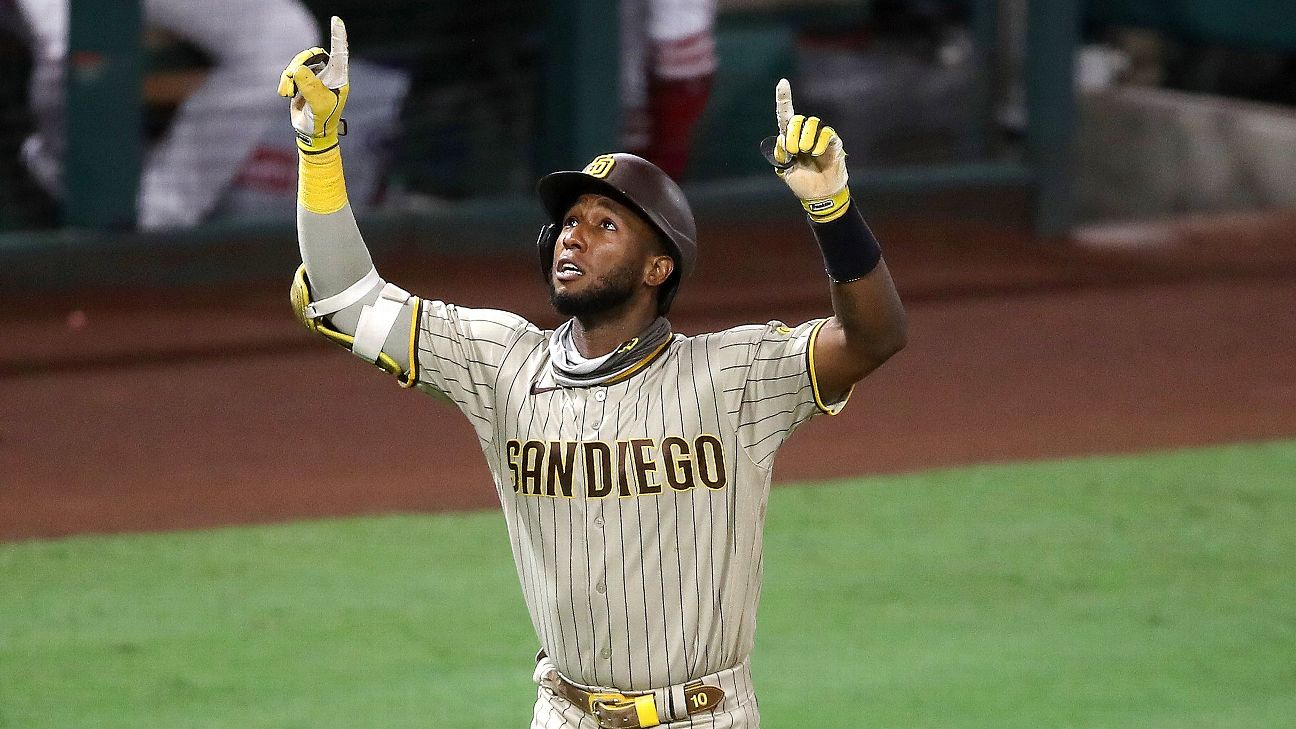 Jurickson Profar and the San Diego Padres are in agreement on a three-year, $21 million contract, a source familiar with the deal told ESPN's Jeff Passan.

Profar continues to show his versatility as a true utilityman, having played five defensive positions for the Padres last season while seeing most of his action in left field and at second base. He hit a career-high .278 with seven home runs and 25 RBIs in 56 games during the pandemic-shortened season.


The 27-year-old continues to get on track offensively as he gets more playing time, something he didn't have during his first six years after the top prospect was called up by the Texas Rangers in 2012. He got off to a horrible start during the 2020 season but compiled an .879 OPS over the final 43 games, hitting .331.

The Padres acquired Profar in a trade with the Oakland Athletics after the 2019 season, and he beat out Brian Dozier to win the starting job at second base. His slow start, however, led to Jake Cronenworth taking over at the position, but opportunity soon followed as Profar moved to left field after Tommy Pham was injured.