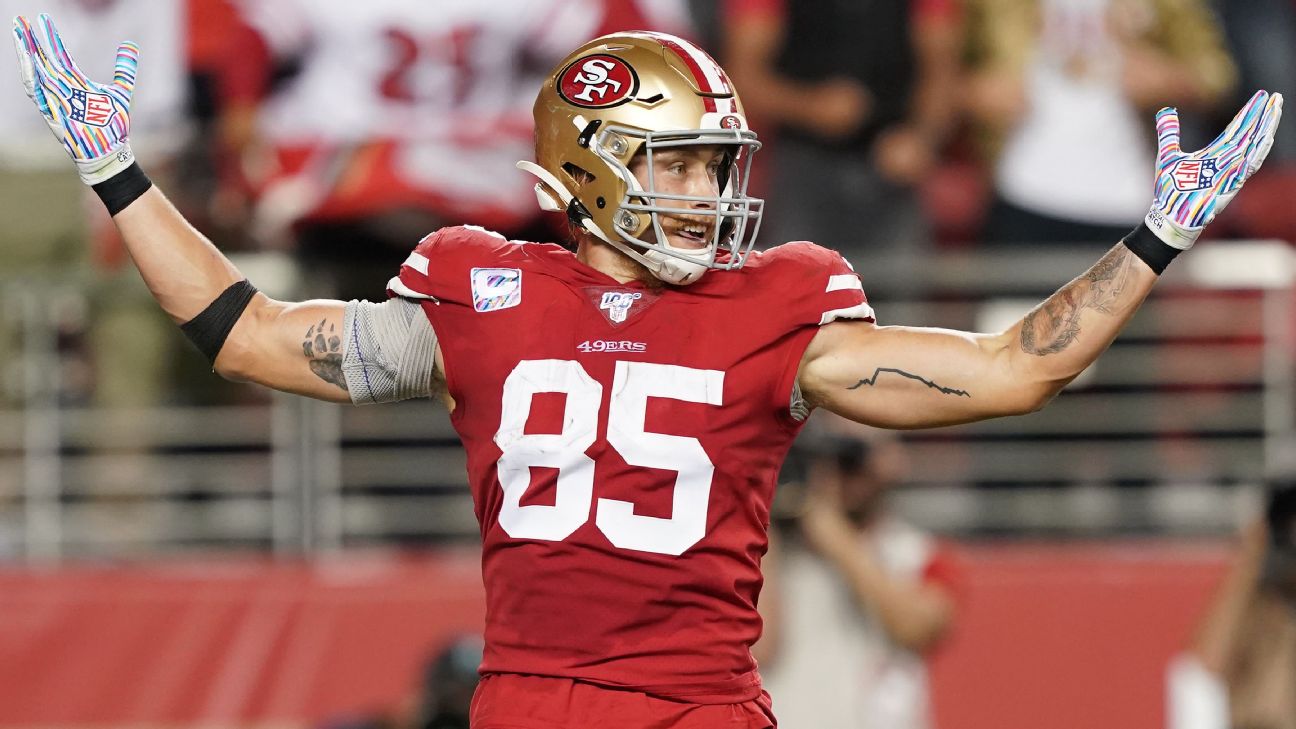 When San Francisco 49ers tight end George Kittle made one of the plays of the season in New Orleans last Sunday, it was not hard to figure what might await him this offseason.

Kittle is scheduled to make $735,000 next season in the final year of the four-year contract the 49ers gave him after making him a fifth-round draft pick in 2017. Few around the league believe that Kittle will play next season under those terms, and a group of NFL tight ends comprise one of the more intriguing offseason positions.

Kittle is one of a handful of tight ends in line to land a new deal. Others includeFalcons tight end Austin Hooper, who is scheduled to be a free agent, and Eagles tight end Zach Ertz, who is headed into the final year of his deal next season while being scheduled to make $6.4 million.

Multiple sources around the league believe that Kittle, Hooper and Ertz will redefine the value of NFL tight ends, and the position is about to see a major bump in the salaries paid to them. This offseason's class of free-agent tight ends also includes the Chargers' Hunter Henry and Indianapolis' Eric Ebron.

Ertz leads all NFL tight ends with 79 receptions this season, while Kelce is tops at the position with 989 receiving yards.

Kittle, despite missing two games with an ankle injury, is fourth among tight ends with 60 receptions for 754 yards (fifth-most) and four touchdowns this season. His most memorable play was the highlight of San Francisco's crucial 48-46 victory last Sunday over the Saints, when he rumbled for a 39-yard catch on a late fourth-down play -- with a defender tugging on his face mask -- to set up the Niners' winning field goal.
Report a correction or typo
Related topics:
sportsespnnewssan francisco 49ersnflgeorge kittle
Copyright © 2021 ESPN Internet Ventures. All rights reserved.
More Videos
From CNN Newsource affiliates
TOP STORIES