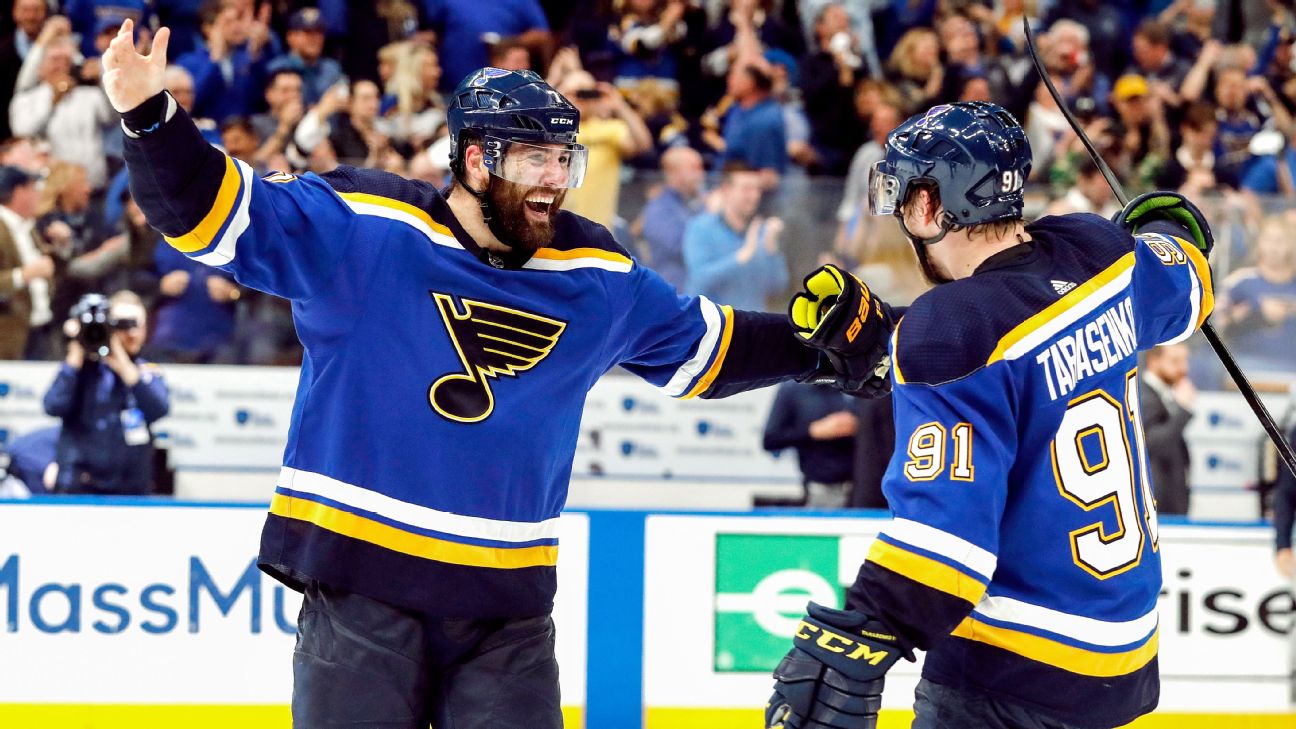 ESPN
By Emily Kaplan
What's better than a Game 7? A Game 7 decided in overtime. What's better than that? What the St. Louis Blues did on Tuesday: defeating the Dallas Stars in double overtime for an improbable berth in the Western Conference finals, and doing so off the stick of St. Louis area native Patrick Maroon, no less.

Here's a recap of Tuesday night's action (check out replays of every playoff game on ESPN+) and what to watch for Wednesday night, in today's edition of ESPN Stanley Cup Playoffs Daily:

Much has been said about the Blues' incredible turnaround, going from last place at the start of January to ... here. We now have two teams in the conference finals that were 300-1 (Blues) and 100-1 (Hurricanes) to win the Stanley Cup at points during the regular season. With his team stalled offensively, Stars goaltender Ben Bishop needed to stand on his head, and he did up until the bitter end. Through two periods, the Blues had 52 shot attempts to the Stars' 22.

Since neither team could break through, this one needed to be decided in double overtime, and Patrick Maroon played the part of hometown hero. This is the third Game 7 in these playoffs to be determined in overtime, which is now an NHL record.

1. Patrick Maroon, LW, St. Louis Blues. Prior to Maroon, the only player to score an OT winner in a Game 7 in or near his hometown was Yvon Lambert in 1979 (Montreal vs. Boston). Lambert was born in Drummondville, Quebec, close to Montreal.

2. Ben Bishop, G, Dallas Stars. One of the biggest reasons this game got to double overtime? The Stars goalie. He was spectacular, making 52 saves. It felt like nobody was going to beat Bishop on Tuesday.

3. Robert Thomas, RW, St. Louis Blues.Two assists and an overall sensational night from the 19-year-old, who became the first teenager with multiple points in a Game 7 since the Canucks' Trevor Linden on April 15, 1989, vs. Calgary.

Now this is how you draw a penalty.

Robert Thomas is unreal with the puck, and his ability to keep it just led Dallas to take a penalty out of desperation. #stlblues pic.twitter.com/WTXwaGSIEm

The Dallas Stars were an offensively challenged team in the regular season who seemed to fix their woes in the playoffs. They reverted to old ways Tuesday night.

The Stars tied the game with 4:05 left in the first period. Since then the shots are 25-2 for the Blues.

All signs point to Sharks captain Joe Pavelski returning for Game 7. That's huge for San Jose, which has been without him for the whole series following his injury in Game 7 of the first round. They've compensated with a strong bounce-back goaltending performance from Martin Jones. Colorado, which has arrived ahead of schedule, can make its first Western Conference finals since 2002 .The Avalanche's top line hasn't totally been on the past few games, and the team needs it to have a big Game 7; Nathan MacKinnon feels particularly due for another big moment.

Patrick Maroon's son after his father scored the OT winner.

I'm not crying, you are. pic.twitter.com/wf8zE8aHv0

Maroon took less money and term to sign with his hometown team this summer, and be with his son more often.

"That's kinda been the story of the season. When our backs are against the wall we play our best and find a way to fight through it." -- Blues winger Robert Thomas. 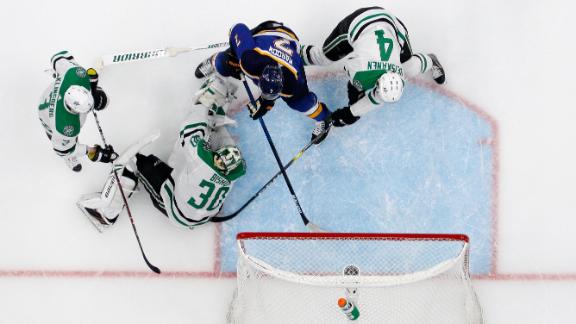