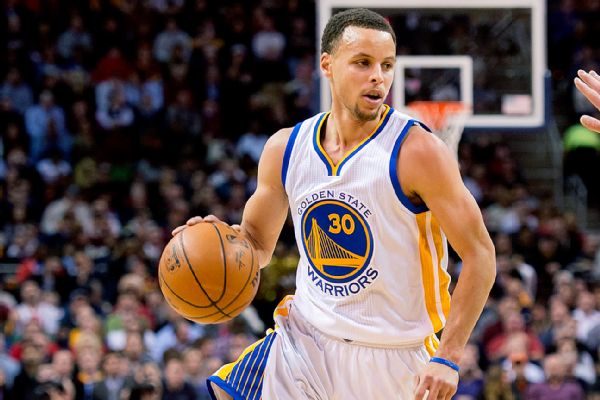 The marketing rise of Giannis Antetokounmpo hit another milestone on Tuesday, as the Milwaukee Bucks power forward finished fourth in the league in jersey sales for the first three months of the season.

The "Greek Freak" made his debut among the league's best-selling jerseys at No. 14 last January. By season's end, he was at No. 9 and, on Tuesday, when the league published rankings of the best-sellers on the NBA's website from October through December, Antetokounmpo had passed Knicks forward Kristaps Porzingis, who finished fourth and sixth in the past two seasons, into the top five.

Philadelphia 76ers Joel Embiid and Ben Simmons make their debut on the list at No. 6 and No. 8, respectively. The two helped the 76ers land at the No. 3 spot among teams, behind the Warriors and the Cavaliers, for the first time since the 2003-04 season. The Lakers and the Knicks round out the top five.

The only other rookie who cracked the top 15 was Los Angeles Lakers guard Lonzo Ball at No. 11.

The biggest fall among last year's stalwarts was Kyrie Irving, who was traded in the offseason from the Cavaliers to the Boston Celtics.

Irving finished last regular season fifth in the league. His Celtics jersey is the 12th most sold in the league over the past three months.

It's not just Giannis jerseys that are flying off the shelves. A Bucks representative told ESPN that, from July 1 through Monday, the number of Antetokounmpo items bought is up 89 percent as compared to the same period last year, while sales are up 130 percent.