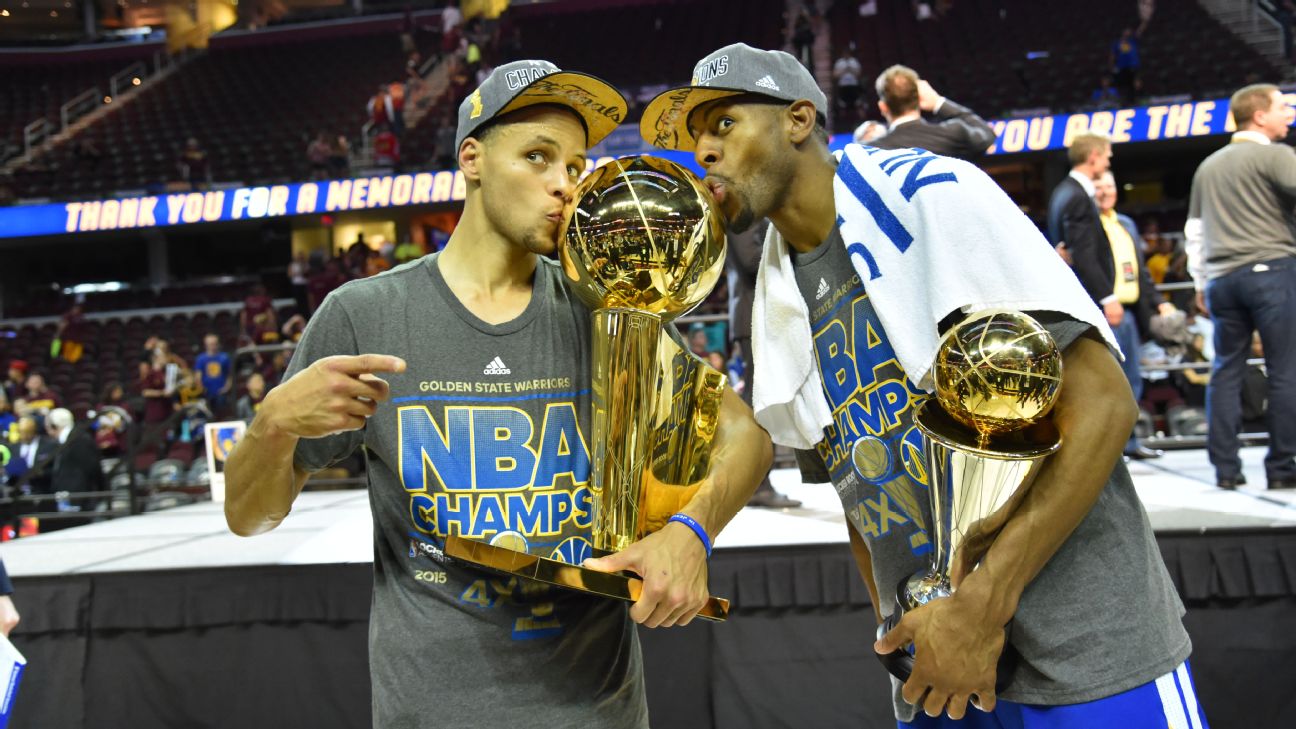 Curry and Iguodala are part of a greater $37 million investment round that was led by Bessemer Venture Partners, a San Francisco and Silicon Valley-based venture capital firm that contributed $25 million itself to the round. Bessemer recruited both Curry and Iguodala, as well as a number of other investors such as Indiana Pacers ownership heir Steve Simon, NFL Hall of Famer Steve Young and a slew of other tech and sports companies and executives.

"As a dad of three kids, who are constantly engaging with different types of content, on different types of devices, Stephen is cognizant of how they're doing and what they're doing," Bryant Barr, Curry's former Davidson College roommate and the president of Curry's Oakland, California-based SC30 Inc., told ESPN. SC30 manages a number of business avenues for Curry, including philanthropy, investments, brand partnerships and media interests.

"[Stephen] believes that esports has the ability to change and influence the way future generations of people consume and engage with media and content. Steph cares a lot about his family and what that looks like for future generations. He felt like there were potential opportunities to get involved where he might be a small part of where that goes in the future."

With the investment, Curry and Iguodala become the third and fourth current Warriors players to invest in the esports space. In September 2016, forward Jonas Jerebko led a group that acquired Renegades, an esports organization that it subsequently relocated to Detroit; Jerebko moved to the Warriors in July after being waived by the Utah Jazz. Additionally, 2018 NBA Finals MVP Kevin Durant is a minority owner in Vision Venture Partners, the parent of Rick Fox-backed esports team Echo Fox. The only other active NBA player outside of the Warriors to invest in esports is the Thunder's Paul George, who is an owner of Endemic Esports.

Bryant told ESPN that Curry's investment, which came after six to eight weeks of discussions about esports, was partly motivated by the increasing participation of NBA ownership groups and the league itself in the rapidly growing industry. In October, the Warriors, led by majority owner Joe Lacob and his son, Kirk, the team's assistant GM, won a bid for a permanent slot in the North American League of Legends Championship Series; they have since launched the Golden Guardians in that league.

In May, the NBA launched a New York-based esports league, the NBA 2K League, which pits virtual basketball teams against one another. It gained buy-in from 17 of its NBA franchises for the first season of that venture. Of the 30 franchises, 14 teams or part of their ownership groups invest or partner in opportunities outside of the 2K League, such as those in League of Legends, Overwatch, Counter-Strike: Global Offensive and more.

The esports industry is projected to earn over $1.1 billion and reach over 436 million consumers around the world by 2019, according to market predictions by analytics firm Newzoo. Within the past four years, the industry has gained interest and investment from some of the biggest names in sports, tech and media.

Team SoloMid is among the most popular teams in the industry and one of the winningest in the League Championship Series. In the five years since that league launched, it has won six split titles and earned its way to every single League of Legends World Championship in history. The team was founded in 2009 by Andy "Reginald" Dinh, who at that time was an active League of Legends player. Dinh has since retired and now operates the business side of the team. Curry endorsed Dinh on Twitter on Tuesday, stating, "hyped to be part of what [Dinh] is building with [Team SoloMid]. #letsgetit."
Report a correction or typo
Related topics:
sportsespngolden state warriorsstephen curryesportsbessemer venture partnersteam solomidnbaswiftandre iguodala
Copyright © 2022 ESPN Internet Ventures. All rights reserved.
TOP STORIES
Teen killed, another injured in shooting in Orange Cove
Man hospitalized after shooting in Madera, police investigating
19-year-old hospitalized after explosion at Table Mountain Casino
Suspected child abuser rearrested after warrant served at church
Foggy Day School Schedules, Fog Tracker from ABC30
Doctors weigh in on what future of living with COVID looks like
Field worker's truck stolen by armed man in Hanford, deputies say
Show More
Omicron variant impacts Valley Children's hospitalizations, staffing
Cold case team shines new light on betrayal of Anne Frank
Farmer uses art to help fund well for fellow 81-year-old Valley farmer
Microsoft buying Activision Blizzard in $68.7 billion deal
Multiple storage units damaged after fire in SE Fresno
More TOP STORIES News