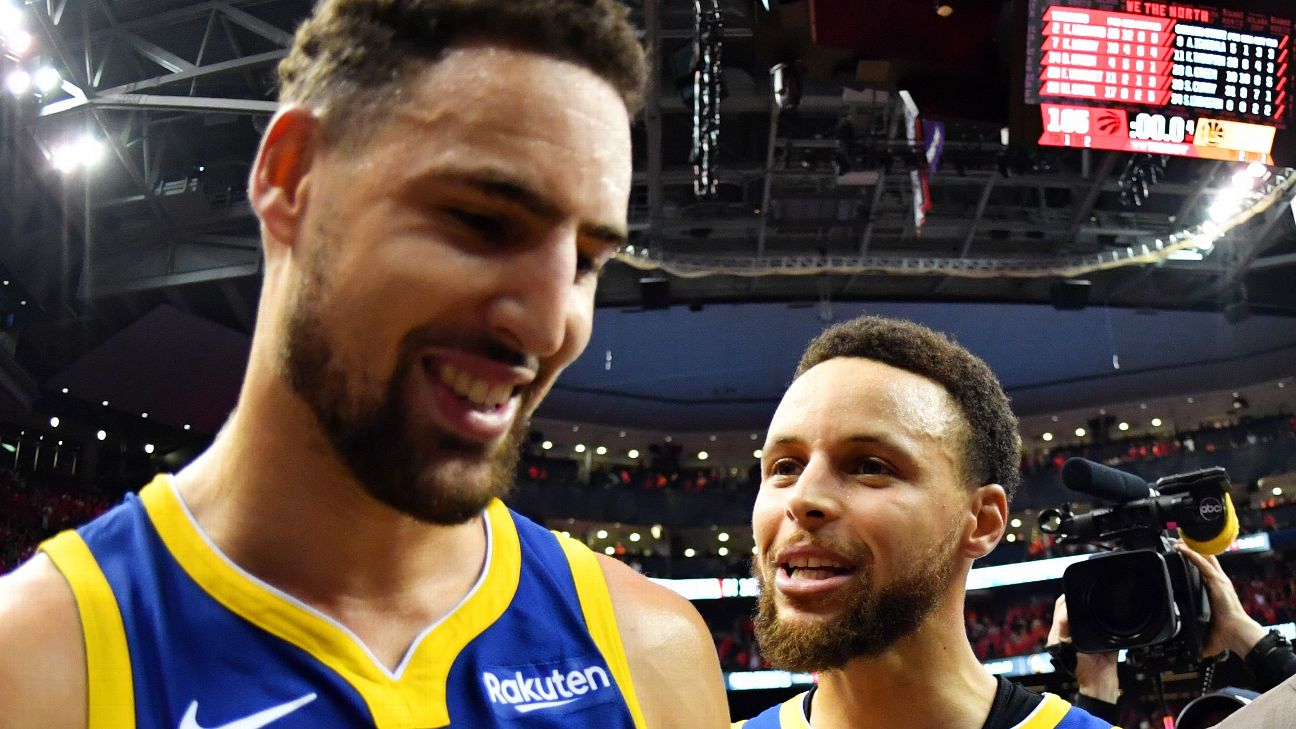 Golden State Warriors stars Stephen Curry and Klay Thompson were among several members of the organization who marched in Wednesday afternoon's Walking in Unity protest event in Oakland, California.

As the Warriors noted in several social media posts, Golden State swingman Juan Toscano-Anderson organized the rally that went around Lake Merritt, the area where the team held its championship parade and rallies in recent years.


"No matter the color of your skin, how much money you got, your education, it don't matter. We're all human beings," Toscano-Anderson said at the beginning of the event in a video posted to the Warriors' Twitter account. "We're all here for the same purpose -- not just for black people. Right now it's about black people, but for humanity. There's people all over the world being oppressed. And we're just trying to take a step in the right direction and start something -- me and my boys, my brothers. Thank you guys for being here."

Warriors guard Damion Lee and forwardKevon Looney also participated in the peaceful protest. On his Instagram account, Thompson posted a story from the march that included a shout-out to Toscano-Anderson. "@juanonjuan10 natural born leader !" Thompson wrote.

In another post on their Twitter account, the Warriors shared a video of Curry participating in a chant in honor of George Floyd. Floyd, a black man, was killed last week in Minneapolis after Derek Chauvin, a white police officer, kneeled on his neck for more than eight minutes.

"Say his name," the chant began as Curry and hundreds of others marched near Lake Merritt. "George Floyd!"

On Thursday, Warriors ownersJoe Lacob and Peter Guber issued a statement saying that national race relations are at a "tipping point."


"As Chairmen of the Golden State Warriors organization, and as citizens of our country and members of the community, we are resolute in our belief that our collective attitude and aptitude around race relations must be for real change now," the statement said."The inquiry and intolerance that permeates our society must stop! We are at a tipping point in our national race relations and we all must take the leadership responsibility for creating real and sustainable change. We all must align our feet, tongue, heart and wallet as the only way to accomplish this imperative. This is not a political issue, though it will require critical political action. It is a leadership issue, and towards that end, we will be working with our players, coaches, and the entire organization to make this pledge real. We will be accountable."

The Warriors have historically been a socially conscious organization. In recent years, coach Steve Kerr has led annual drives to get his players registered to vote.

Kerr said during a Tuesday appearance on The Ringer's Flying Coach podcast withSeattle Seahawkscoach Pete Carroll and San Antonio Spurs coach Gregg Popovich that he believes young people are ready to make a larger difference in the world. He believes younger professional athletes are emerging to have a larger voice than ever before because of a combination of their social awareness and the strength of their various social media platforms.

"I think the good news is the younger generation behind us is more diverse, more tolerant, more aware than any generation above them," Kerr said. "I really believe that. Just speaking with my children, who are all in their 20s, seeing their friends, hearing about what they're doing -- and not just in their little circle, but reading about things nationwide. You watch the protests, the peaceful protests that are going on. And I know there's been a lot of violence as well, a lot of looting -- there's all kinds of stuff going on -- but if you watch, let's just say, watch a peaceful protest, the diversity in those protests is dramatic.

"And I truly believe the younger generation behind us has had enough. And as they grow, as they become the current generation, they're ready. They're ready for some change." 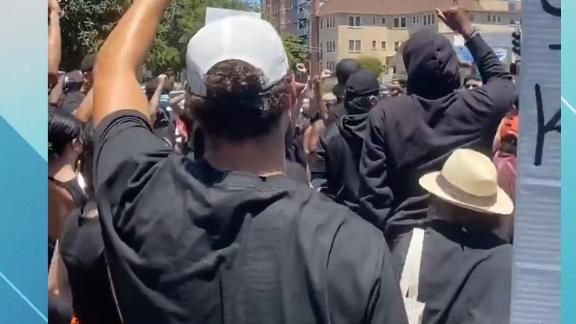